Nothing captures Westminster’s imagination like a contest for a job opening that doesn’t yet exist. Just ask any of the two-dozen Tories with designs on Downing Street. Or, for that matter, the gaggle of backbenchers who, with varying degrees of tact and subtlety, are pitching for the Speaker’s chair. With the divisive John Bercow expected to stand down this summer – though nobody is quite sure when – the race to succeed him is already well under way.

That is unless you ask Lindsay Hoyle, the Labour MP and bookmakers’ favourite. “I’m very clear,” he told me when we met in his Commons office, not far from the chair some think he will soon call his own, “that there is no vacancy.”

Hoyle, an affable Lancastrian who since 2010 has served as the Chairman of Ways and Means, the most senior of Bercow’s three deputies, is of course technically correct. Yet the speculation won’t subside, and the answer is well-rehearsed. Watching over us, squinting and moustachioed, is a cartoon of Hoyle’s father, the former Labour MP Doug Hoyle, still in Westminster at 89 as a peer (and debating partner for his 61-year-old son).

MP for his home constituency of Chorley, Hoyle presides over the budget debate in the Commons – the biggest set-piece of the parliamentary year. He has earned a reputation as the Speaker’s opposite: bluff and brisk where Bercow is haughty and often pompous. MPs tired of the incumbent’s posturing enjoy Hoyle’s no-nonsense style. His inspiration, he says, is Betty Boothroyd, who occupied the chair when he first arrived in parliament. He counts her as a friend, even though, as he jokes, she’s from the “wrong side of the Pennines”. 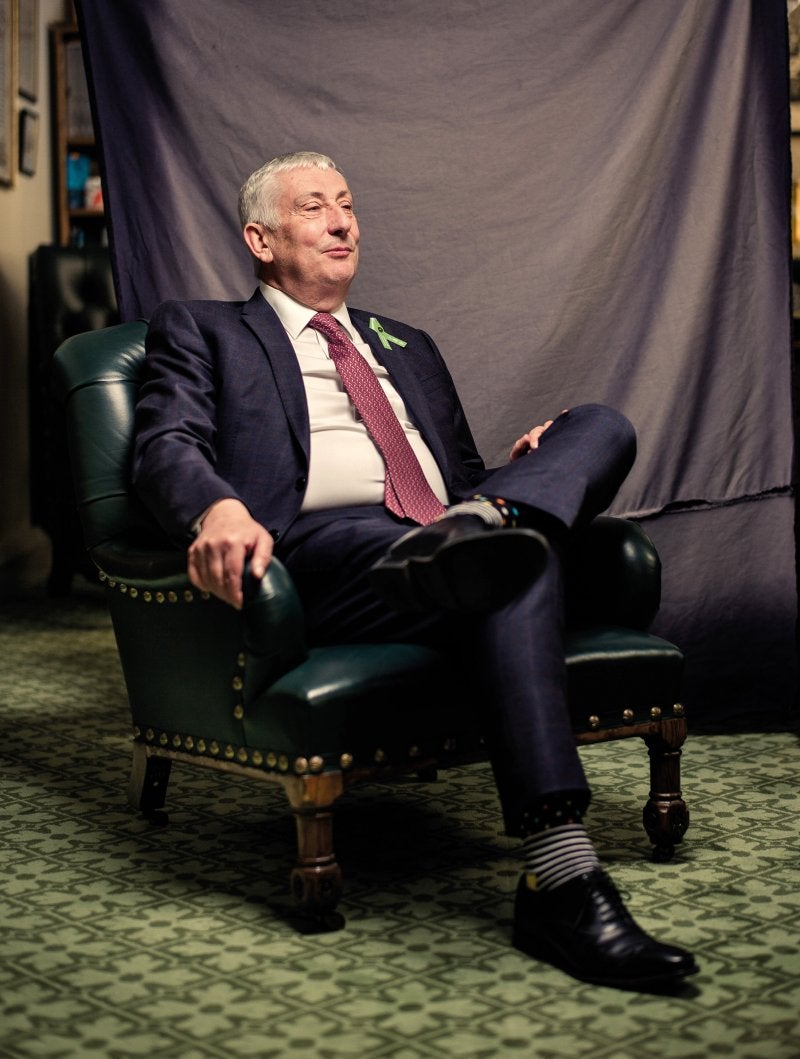 If a vacancy arose, would Hoyle like to be Speaker? “When Mr Speaker decides to go, and he says he’s vacating the chair, yes, if there was a vacancy, of course I would look to put my name forward.”

Bercow has overseen a shift to more family-friendly hours, ending all-night sittings and replacing one of parliament’s bars with a creche. He has also championed the rights of backbenchers: ministers are called to answer urgent questions more often than ever before. Hoyle compares those who object to nostalgics pining for the hot summers of their youth, but says there is more to do.

He is concerned for the safety of the thousands of people who work on the crumbling parliamentary estate. In the immediate term, he suggests recruiting a squad of rescue cats to deal with its mouse infestation. But though MPs are set to leave the Palace of Westminster by the mid-2020s, Hoyle worries that a chunk of falling masonry could kill someone. If necessary, he believes a move should come “sooner rather than later”.

Could parliament suffer the same fate as Notre Dame in Paris? “Of course it could. If you look at the way it has been built, the amount of timber in it, the amount of wood panelling – it’s a tinderbox ready to explode… Putting a sticking plaster over the problems is not a solution.”

An admirer of purpose-built, modern parliaments, such as Australia’s, Hoyle does not share the sentimentalism of those opposed to restoration. “You look at some of the office space people are in – offices with no daylight! That just wouldn’t happen anywhere else, would it?”

He is just as worried by developments outside the Commons chamber, particularly for the women he believes have changed parliament for the better. “Politics is in a really sad place at the moment. There’s a lot of hate in the country.”

He thinks the situation has never been worse in the 22 years he has spent in parliament (swept to office in the Blair landslide of 1997, friends told him to expect two terms at the most).

“I may get a bit [of abuse], but forget about me. I’m more bothered that we have women who [receive] the most foul threats… and that people think it’s OK to be like that. No it’s not! What we can’t allow is for thugs out there, wherever they come from, to try to stop democracy taking place.”

Hoyle speaks of parliament as a village, but doesn’t mean it pejoratively: home is Adlington, the small mill town in Lancashire where he was born and which he now represents as an MP. At its best, Westminster provides similar comfort. “A village works together, and this village comes together when people have problems.”

He speaks from personal experience. In 2017, his 28-year-old daughter, Natalie Lewis-Hoyle, was found hanged at her home in Essex. She had been in an abusive relationship. His tone changes. “It was very difficult, and it still is difficult. It’s a raw area. The one thing is keeping busy, that’s what it’s about. It’s still too difficult.”

The Westminster village pulled together. “The support here was second to none… How do you cope? You’re busy. And that’s why I keep busy. It’s good for me.”

What spare time he has is devoted to the “punishment” of following Warrington Wolves, his rugby league side, and Bolton Wanderers, and, as the Commons struggles to stop the British constitution falling down, Hoyle ploughs on.

His priorities haven’t changed: “Being fair to everyone, and also using a little humour. Hopefully I don’t come across bombastic. That’s the one thing I don’t want to do.”

This article appears in the 15 May 2019 issue of the New Statesman, Return of the Irish question