At hundreds of rallies across the country, thousands of Americans hit the panic button and took to the streets this week to protest President Donald Trump’s firing of attorney general Jeff Sessions and installation of Matthew Whitaker as acting attorney general.

“#ProtectMueller” demonstrations had been planned for months by a national coalition of left-leaning groups in anticipation of Trump interfering in the Russia investigation. Over 900 protest events were triggered by Trump’s firing of Sessions and his installation of Whitaker, a move widely seen as an attack on the investigation of Special Counsel Robert Mueller. 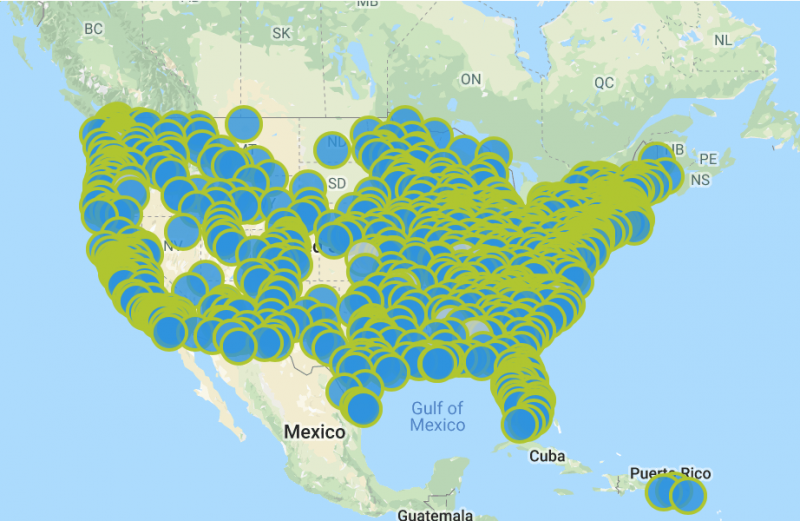 MoveOn.org’s map of “Nobody is Above the Law” protest events.

Will the lights go out in Europe if Russia invades Ukraine?

“Donald Trump has been attacking the Mueller probe since day one. He is trying to lay the groundwork to shut it down. It’s clear that Trump forced out the attorney general and is replacing him with someone who is hostile to the Mueller probe” said Karen Hobert Flynn, President of the good government watchdog Common Cause. “Among other things, Matthew Whitaker has mused about cutting Mueller’s budget and echoed the president’s ‘witch hunt’ rhetoric.”

And so the same left that has opposed him at every turn organised a massive protest of the firing of Jefferson Beauregard Sessions III. A full list of his transgressions against decency would fill an entire volume, but to list just a few: as attorney general, Jeff Sessions championed Trump’s Muslim Ban, argued to the Supreme Court that businesses have a right to discriminate against LGBT people, joined a lawsuit to end protections for those with pre-existing conditions, and separated families seeking asylum in the US – taking traumatised children away from their parents. And yet, the progressive juggernaut MoveOn.org mobilised their grassroots network to create over 900 events protesting his firing Thursday, in order to insist that Trump not interfere in the Russia investigation. Trump’s America is a profoundly weird place.

In Boston, organisers estimated that thousands of protestors gathered on the Common to oppose Trump’s move. Perhaps fittingly, one of the first speakers was a local prosecutor, the Middlesex district attorney, who made a legally sound claim that shouldn’t be controversial, “we do not allow the target of a criminal investigation to dismiss the prosecutor. There can be no public trust in the result of an investigation that is not conducted in an impartial and independent manner.”

Jeff Sessions, perhaps for the only time in his life, had done the ethically correct thing and recused himself from Mueller’s investigation of the Trump campaign because of the large role he played in it. That left deputy attorney general Rod Rosenstein to oversee Mueller’s work. But now the Department of Justice has announced Whitaker has assumed that supervisory responsibility. Trump has picked his own prosecutor.

It’s an odd moment to be a lawyer in American public life. Relatively obscure provisions of the constitution (like the Appointments Clause, governing which officials require Senate confirmation) and little known federal laws (like the Federal Vacancies Reform Act, setting out the requirements for temporarily filling vacant federal posts) are suddenly of vital national importance. As an attorney, ordinary Americans don’t usually ask me if the Acting AG needs to be confirmed by the US Senate – several people asked me exactly that at the Boston rally.

Another lawyer, Ron Fein with Free Speech For People, told the crowd Matthew Whitaker “is a Trump loyalist and he’ll have no qualms whatsoever about attempting to undermine Mueller’s investigation.” And he too called for prosecutorial independence, “we need to make sure that Mueller can do his work, not supervised by Trump or his toady’s” But Fein went further, calling on the House Judiciary Committee to begin impeachment proceedings once Democrats take control in January, “we need to make sure that Congress conducts impeachment hearings, because as much as Matthew Whitaker and Donald Trump might like to, they can’t fire Congress.”

Nora Mann, an activist and another lawyer, led the protestors in a legal call and response:

“There are some legal questions that are open, some of them are pressing and time sensitive.

The age of Donald Trump is one in which crowds cheer for lawyers.

20 minutes after the program ended, hundreds of people were still gathered on the Common singing protest songs and chanting. One of them told me “the people aren’t leaving, they’re staying in desperation because they need something done and they don’t know what to do. I think that desperation is something politicians need to take into account.”

The legitimacy of Whitaker’s appointment will, almost certainly, face an immediate legal challenge. Any party facing the US Department of Justice in court potentially has the standing to attack the DOJ’s actions on the theory that Whitaker lacks lawful authority to be attorney general, and so DOJ actions taken on the basis of his authority are invalid. US Senators could also potentially sue.

The attorney general is, under the constitution, a “principal officer” of the United States. There’s a very strong case to be made that as a principal officer, Whitaker requires Senate confirmation to be Acting AG. Until that open legal question is resolved, every action the Department of Justice takes is under a cloud of uncertainty.