She tweeted claims that the Soviet forced labour prison camps allowed “freedom of speech” (when they were a tool of a politically repressive regime), provided “education, music and theatre” and “two-week annual holidays” for prisoners and – the greatest sell of all – involved “no leg-irons and handcuffs”, in line with her pattern of Stalin-sympathetic tweeting.


She then apologised for the content, tweeting “I have just found out that the memes I shared re: Stalin’s gulags were inaccurate. My apologies to all those who were offended”, adding: “I also in no way intended to make light of the tragic mass persecutions they took place under the Stalin regime and I again apologize for sharing this misleading and offensive information.” 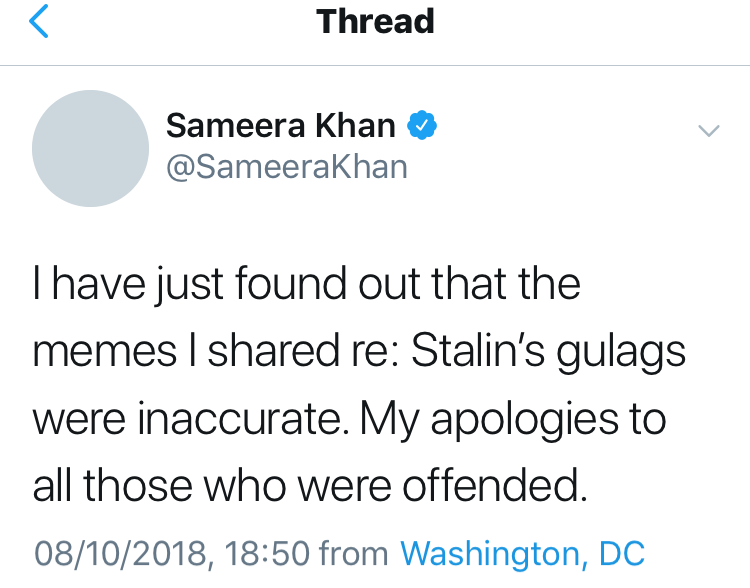 Khan’s gulag whitewashing echoes a series of surreal tweets by the LGBTQ+ Society at London’s Goldsmiths University last month, which made outrageous claims about their “compassionate, non-violent course of action” and “theatre groups” before deleting the tweets and being condemned by the university.