The Wikipedia page for autumn confidently states that “one of its main features is the shedding of leaves from deciduous trees”. As a season traditionally associated with melancholy, it is unsurprising that for hundreds of years the most notable aspect of autumn could be succinctly summarised as “crunchy leaves”. But not anymore. Now autumn is characterised by the Autumn Leaves® Yankee Candle, the Lush Sparkly Pumpkin bath bomb, berry-coloured lipsticks, and the #PSL (pumpkin spice latte, of course).

In recent years, the autumn market has exploded. Where once cold weather could lead to a lull in sales, businesses now make a fortune selling specifically autumn-themed products. In America, pumpkin spice can be found in everything from yoghurt to deodorant. In the UK, Christmas decorations are now preceded by autumn ones, with Sainsbury’s releasing a “woodland walk” series of cushions and candles, while Asda’s online “autumn catalogue” features a “fox in a bell jar” for £12.

Since 2014, there has also been a huge boom in people searching for “autumn lipstick” online. How did this happen? 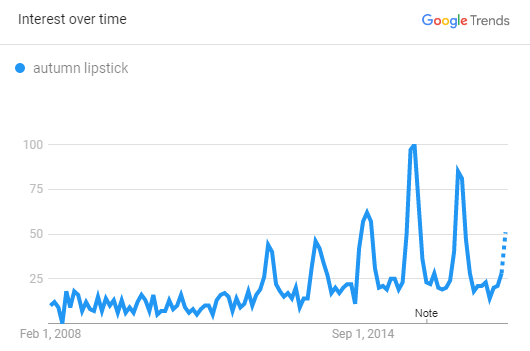 “I just feel like some shops get into the spirit of it and some don’t,” says Britain’s premier lifestyle vlogger Zoella in her 2016 “Autumn & Halloween Home Haul”. To 1,397,933 viewers, she praises Asda for being “great” at “autumny” homeware (throughout the last few years, Asda has intermittently paid YouTubers to promote its Halloween products). 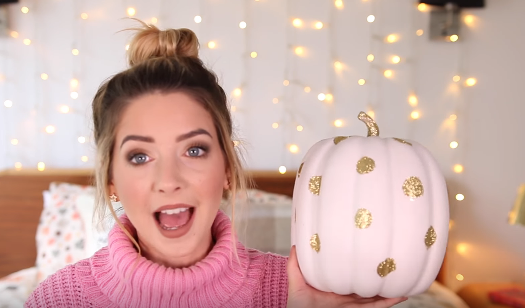 Bloggers, vloggers, and Instagrammers have undeniably been instrumental in the commercialisation of the seasons. At the time of writing, 40,372,228 posts on Instagram are hashtagged #autumn, and there are 1,730,000 YouTube results for the words “autumn haul”. Instead of just showing off new autumn clothes (after all, people have been buying A/W clothes since before most bloggers were born) these hauls showcase: acorn bunting, ceramic pumpkins, copper clocks, fake foliage, Halloween tea-towels, and clove, vanilla, and apple cider candles. Autumn is now so popular among social media stars, that one beauty blogger recently bemoaned: “I liked autumn when everyone’s favourite season was summer.”

“From about July onwards, my inbox is inundated with press releases for autumn and winter,” says Ellie Dickinson, a 22-year-old blogger who writes about beauty at www.lifeofelliegrace.com. Dickinson says the changing of the seasons can help with writers block, as it is “easy” to get involved in the trend. “It’s a good way to refresh your aesthetic as you can also rely upon stereotypical warm and autumnal colours to update your Instagram look,” she explains. 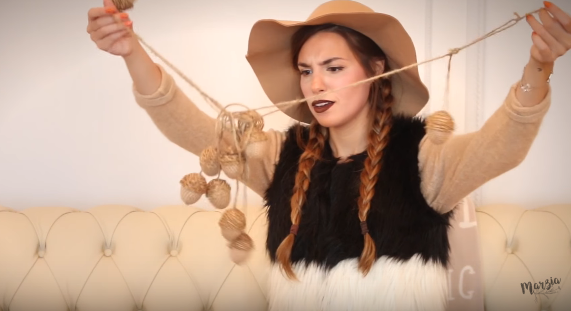 Nonetheless, the beauty blogger says she does feels pressure to post autumnal content (“it’s all materialism and capitalism really”) and explains that she and others hop onto a trend started by “mega blogger” Zoella.

Many other bloggers feel the same – though most do say they have a genuine, warm love of autumn. “I think autumn would be a little depressing if we hadn’t found a way to make it feel more festive,” says Lauren Chassebi, a 22-year-old London based blogger who writes at laurenevie.co.uk. Like Dickinson, Chassebi feels that autumn provides a fun and easy way to update her “brand”, saying that posting about autumn “just seems to work”. She pinpoints last year’s obsession with hygge (the Danish concept of comfort) as the moment when autumn became “a lifestyle instead of just a season”. 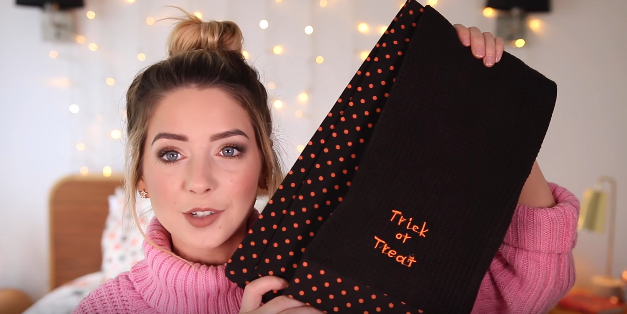 Saskia O’Donoghue is a 28-year-old Londoner and a rare breed of internet influencer who does not like autumn. She posts pictures at @saskiassecrets, where she has over 10,000 followers, and dreads the autumn season. “I think the whole autumn obsession thing is a total joke,” she explains, “How can everyone be so obsessed with it when it’s just a metaphor for the death of the year?

“I’d say I’m the absolute opposite of an ‘autumnal princess’ and hate the pressure put on to me by other influencers and fashion magazines. I’m already praying for 1st March and being able to wear light colours and drink white wine outside again, rather than having to pretend I prefer hot chocolate indoors when it’s pitch black at 5pm!”

Whether or not certain bloggers like it, there’s no denying that autumn is profitable. Brands profit by creating new products, while internet influencers can get advertising deals to promote new lipsticks or cardigans. While autumn décor is more traditional in America – where Thanksgiving provides a nice break between summer and Christmas – seasonal homeware fills up a dull, bank-holiday-less lull in the UK’s autumn months. 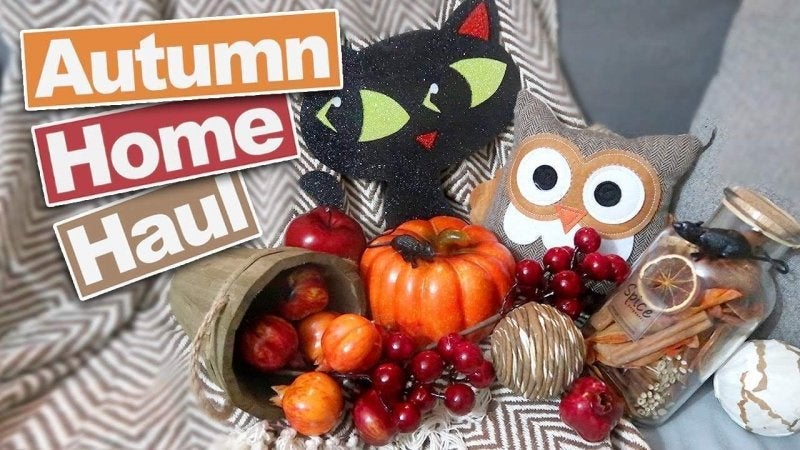 In The Simpsons season 9 episode “Trash of the Titans”, a bigwig department store makes up a new August holiday intended to boost sales. “Love day” sees the matriarch Marge purchasing a Sir Loves-A-Lot teddy, kissing frogs, and an ornamental pumpkin, in a parody of “Hallmark holidays” (a pejorative term for holidays deemed to have been made up for commercial purposes). The Noughties’ autumn lifestyle wasn’t necessarily created by one brand or blogger – but both profit. Those who would otherwise find the months dreary arguably benefit too. Regardless, autumn is now known for a lot more than just crunchy leaves.