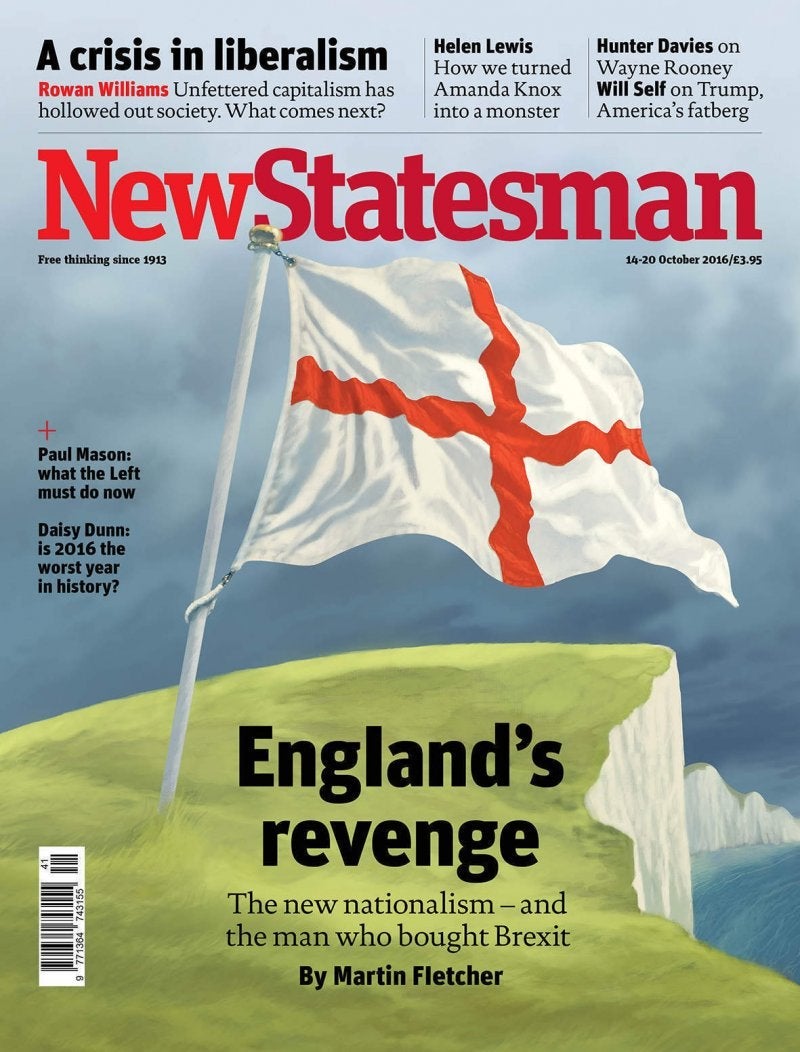 George Eaton on Theresa May’s “hard Brexit” and the compromises to come.

Events have conspired to give Labour another chance. Will Keir Starmer seize it?

Diary: Norman Tebbit on a new patron saint of England, his 60th wedding anniversary and the curse of “the social media”.

Paul Mason: Why the Labour Party must end its epic sulk – and rescue the elite from the self-inflicted wound of Brexit.

Will Self on Donald Trump, America’s fatberg.

Stephen Bush on the return of the Blair enforcer Nick Brown.

John McDonnell: Why Theresa May’s vision for bigger government shows that the left has finally won the argument.

Helen Lewis: How we turned Amanda Knox into a monster.

Peter Wilby: Why Shami Chakrabarti is a hypocrite on schooling.

Rowan Williams: Unfettered capitalism has hollowed out society. What comes next?

View from Greece: Yiannis Baboulias reports on the refugee crisis as winter sets in.

Daisy Dunn asks: is 2016 the worst year in history?

Kevin Maguire‘s Commons Confidential: How BoJo went down like a lead balloon with corporate titans.

Simon Wren-Lewis reads The Euro: and Its Threat to the Future of Europe by Joseph Stiglitz.

Stephanie Boland admires Madeleine Thien’s Man Booker-shortlisted novel of music and silence, Do Not Say We Have Nothing.

Radio: Antonia Quirke listens to an Any Answers? caller who actually has some answers.