The left has been in disarray since 1991 – it never fully recovered from the collapse of the Soviet Union, despite widespread opposition to Stalinism and ­authoritarianism. In the past two decades, we have witnessed a major spasm of global capitalism that has triggered a long deflationary period across the United States and Europe. Just as the Great Depression did in the 1930s, this has created a breeding ground for xenophobia, racism and scapegoating.

The rise of centrism is also partly to blame. For a period in the late 1990s, it seemed that this had become the new doctrine of the left. In Britain, New Labour under Tony Blair was never part of the left. Margaret Thatcher was delighted by the manner in which his governments copied her policies and adopted her neoliberal mantra, though she did ask the question: if you want to vote for a Conservative, why not vote for a real one instead?

Parties such as New Labour, the Socialists in France and the Social Democrats in Germany might have called themselves the radical centre, but that was just labelling. What was happening under the surface was that the progressive parties of the left were being lured into financialisation. In the 1960s and 1970s the centre left was aware of its duty to act as a mediator between industrial capital and labour. Harold Wilson’s Labour Party, Willy Brandt’s Social Democrats in Germany and others understood that their duty was to strike a grand bargain whereby industrial capital ceded to workers’ demands for higher wages and better conditions, while they agreed to help fund the welfare state.

From the mid-1980s onwards, the left-wing leadership abandoned this duty. Industrial capital was in decline and it was much easier to look towards the super-profits of the City of London and the global banks. A Faustian pact was made with the financial sector – European governments turned a blind eye to what the bankers were doing and offered them further deregulation in exchange for a few crumbs from their table to fund welfare. This is what Tony Blair and Gordon Brown did in Britain, Gerhard Schröder did in Germany and the Socialists did in France. Then the financial crisis struck. At that point, social democrats throughout Europe lacked the moral strength and analytical power to tell bankers that although they would salvage the banks, their reign was over.

The best hope for the left is to come together to defeat the worst enemy of European democracy: “Euro-tina”, the reactionary dogma that “there is no alternative” to the continent’s current policies. Hence the EU’s true democratisation is the only alternative. This is what my collaborators and I hope to achieve with our new Democracy in Europe Movement 2025 (DiEM25). We are compiling a new economic agenda for Europe, which will answer the question I am asked on the streets everywhere I go, from Sweden to the UK: what can we do better within the EU? If the answer is “nothing”, the Brexiteers have a point – we might as well blow the whole thing up and start afresh. The alternative to the “Year Zero” approach is to recalibrate European institutions in the context of a practical and comprehensive agenda comprised of policies that will stabilise Europe’s social economy.

The EU institutions are anti-Europeanist and contemptuous of democracy. People might wonder: if that is the case, why am I arguing to stay in, but against the Union? In response, I ask those who support the left-wing argument in favour of Brexit: since when has the British state been a friend of the working class? Never. And yet their argument is: do not dismantle it. The nation state was created to promote a fictitious notion of a national interest to co-opt labour and those on the fringes of society – the “lumpenproletariat”, as we once called them. The left understands that it is not our job to destroy institutions. Instead, we struggle to take them over and use them for good. I cut my political teeth protesting against the Greek state but I do not believe that it should be dismantled and the same argument applies to the EU.

Good people who are motivated to change society often fall out with each other. I am reminded of a scene in Monty Python’s Life of Brian – when the Judaean People’s Front confronts the People’s Front of Judaea and the Popular Front of Judaea. DiEM25’s task is to try to convince our fellow left-wingers that the solution is a pan-European unity movement. A concrete example of the power that this can have is the election of Barcelona’s new mayor, Ada Colau. A DiEM25 supporter, she won the race against the odds,
having started her career running a protest movement that championed the rights of citizens threatened with eviction because they were unable to pay their mortgages.

The Syriza government, in which I served as finance minister from January to July 2015, failed to achieve change because we ended up disunited and the prime minister capitulated to the EU at the moment when he had a mandate from the Greek people to do the opposite. My hope was that if Syriza had carried on with the struggle, we would have been a catalyst for movements across Europe (such as the one that has fuelled the rise of Jeremy Corbyn) to join us.

The capitulation of Alexis Tsipras was a hefty blow to the concept of radical inter­nationalism, but I still believe that internationalism offers the solution to the problems facing Europe in this deflationary era. The number of good-quality jobs has decreased, investment is depressed and optimism about the future is being destroyed. It is the left’s duty to do all we can to end this. If we can explain to the masses what the sources of their discontent are, we have a chance to breathe new life into the left. There are no guarantees – just a chance.

This is the latest article in our “New Times” special series

This article appears in the 28 Sep 2016 issue of the New Statesman, May’s new Tories 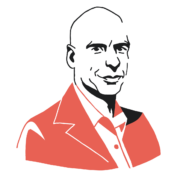