London has been voted the most desirable place to work in the world, it’s the second most visited city on the planet and was recently crowned the most innovative global city However, it now also wins the award for the most polluted street on earth. It only took until 4January 2016 for Oxford Street to exceed the legal level of air pollution for the whole of 2016.

London’s air pollution problem is dreadful. It is caused primarily by traffic and diesel fumes, which, in a city as big and bustling as our capital, are pretty significant. Roughly 50 per cent of the nitrogen dioxide (NO2) emissions in the city are caused by traffic.

Air pollution really is a matter of life and death. It causes 9,500 early deaths in London every year. Scientists say it can exacerbate respiratory problems and has long terms effects on child development. A study has suggested that living near busy, polluted roads could be responsible for up to 30 per cent of new cases of asthma in children. Nearly one in four of our capital’s school children breathe air that breaches EU limits, with children in inner boroughs exposed to particularly harmful levels of pollution.

The health consequences are stark and the economic costs are not insignificant. The World Health Organisation estimates that the UK suffers just under £54 billion in economic costs associated with air pollution.  So for the health and prosperity of London, it is absolutely vital that we tackle air pollution as a matter of urgency. And with London’s election campaign getting into the full swing, the mayoral hopefuls need to show the capital they are up to the task.  But their challenge doesn’t stop there. This is a global problem and whoever leads London next must show global vision and global leadership. London can export its solutions too. 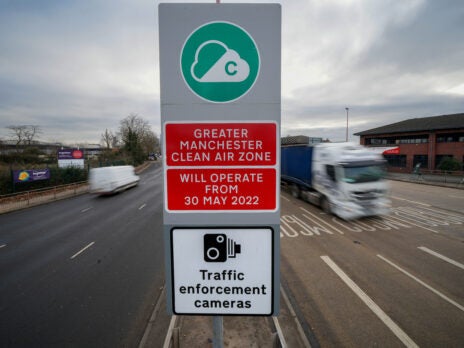 The solutions are available if leaders choose to prioritise combating air pollution. Spurred on by fines for consistently failing to meet EU regulations and by increasing pressure from campaigns on this issue, the current mayor, Boris Johnson, has taken action. He has forced older, more polluting cars off the road, made so- called Boris bikes available as a clean means of transport and will introduce the ultra low emissions zone in 2020. In June 2015 City Hall hosted the C40 global Clean Bus Summit, bringing together mayors from across the world to commit to greening their bus fleets. The world’s first fully electric-powered double decker bus will hit London’s roads in April 2016.

Just last week ClientEarth launched a new legal challenge against the UK government due to its repeated failure to tackle illegal levels of air pollution. If the case is won it would force the new mayor to take further action.

The two frontrunners in the upcoming mayoral election have both made commitments to tackle air pollution. Conservative candidate Zac Goldsmith has said he will bring in tougher rules on HGVs in the city if elected, whilst Labour’s Sadiq Khan has stated that he wants to see the next generation of buses running on electricity.

But their ambition must be greater and much more must be done. The fact that diesel the biggest polluter necessitates a rapid and wholesale shift to low-emitting vehicles. But this alone is also insufficient  – we need to radically reduce the number of people using motor traffic in the city centre overall. This will mean switching to low carbon public transport and getting many more people using bikes and walking. We need better public information about the associated risks of air pollution, information that reaches vulnerable groups with advice on how to reduce their exposure. The coming election campaign will show whether the candidates are up to the scale of the challenge.

The size of the challenge should not deter us from making the commitment to a city with clean air and healthy citizens. London has faced similar challenges before and came through them. Sixty years ago London played its part in developing ground breaking environmental legislation in the form of the Clean Air Act following the Great Smog. This provided a gold standard for countries tackling similar problems. Under Ken Livingstone the city showed leadership on the environment with the introduction of the congestion charge. We need to show once again that London has the ambition and leadership to take this challenge on.

Once we have the intent and strategies to radically improve air quality here in London, the new mayor should use their status to drive these changes forward internationally. London is a leading global city, and air pollution is a truly global problem. The new mayor should see themselves as a leader in tackling this problem and taking the world with them.

While the solutions to reduce air pollution are clear and within reach, delivering meaningful change on this issue requires political prioritization. Currently, the issue simply doesn’t rank highly enough for global leaders and business to make the necessary changes. This is not the case in London, and the new mayor must make the case abroad.

With the issue so prominent in major cities internationally, and London being seen as a leader in so many ways – our response in the capital will be a test case for tackling the problem abroad. Following the compact of mayors in Paris last December, cities are increasingly seen as the means to accelerate a transition to a low carbon economy. London can and should accelerate this transition.

The issue has spurred innovative campaigns in cities like Delhi, where levels of air pollution can be 10 times higher than London. The “Help Delhi Breathe” campaign is seeking creative solutions to limit the number of cars accessing the city centre. Similar campaigns that are making a difference have started in Santiago and Mexico City.

The C40 Cities Climate Leadership Group will be meeting in Mexico City for their bi-annual Mayors Summit in December 2016, one year on since nations agreed the Paris Agreement on Climate Change. This event will offer a unique opportunity for the new Mayor of London to showcase their ambition on tackling emissions, learn from what other cities are doing and to demonstrate the leadership on climate action that many in London want to see from their leader.

The challenge is clear, and inaction will have heavy human and economic costs. The solutions to this crisis are available but require the political will and leadership to make them happen. The incoming mayor should seek to define themselves internationally by solving the challenge of air pollution at home and sharing best practices with other cities across the world. London must play a leading role in solving this increasingly acute international crisis.