As ministerial bums take their place on the Commons’ green seats for the last PMQs of this parliament, we asked the NS team what their favourite memories of the past five years were. Here, for your viewing pleasure, are our top moments.

In a 2008 interview with GQ magazine, Nick Clegg was asked to estimate how many women he’d slept with: “10, 20, 30…” The deputy PM gave his answer as “no more than 30”, leading Harriet Harman to joke in a 2014 PMQs that Clegg was far more forthcoming about the women he’d bedded than those he’d promoted.

At a PMQs in February 2014, Ed Miliband lambasted the Tory party by pointing out how few of their front benchers were women. A clip from the next week shows that someone at Tory HQ had clearly arranged a new seating plan.

An unfortunate bumble from the PM: what should have been a triumphant zinger backfired when he accused Ed Balls of not sado-masochism, but maso-sadism. Poor Cameron was mocked in the newspapers, while benevolent twitter users rushed to provide a definition of the new term.

More awkwardness as Nadine Dorries asks Cameron who is really calling the shots in the party. Aiming for a sympathetic response, he replied that she was clearly “frustrated”, before – wisely –  deciding to just let this one go.

Another one that made us feel very, very sorry for those in the Conservative PR office: Cameron tells Angela Eagle to “calm down, dear”, demonstrating his fluent command of 1950s.

This time, the internet responded with a flurry of parody Keep Calm posters – which it now looks like Cameron might have embraced in the form of Calm Down Dear chopping board. A present from Jeremy Clarkson, perhaps? 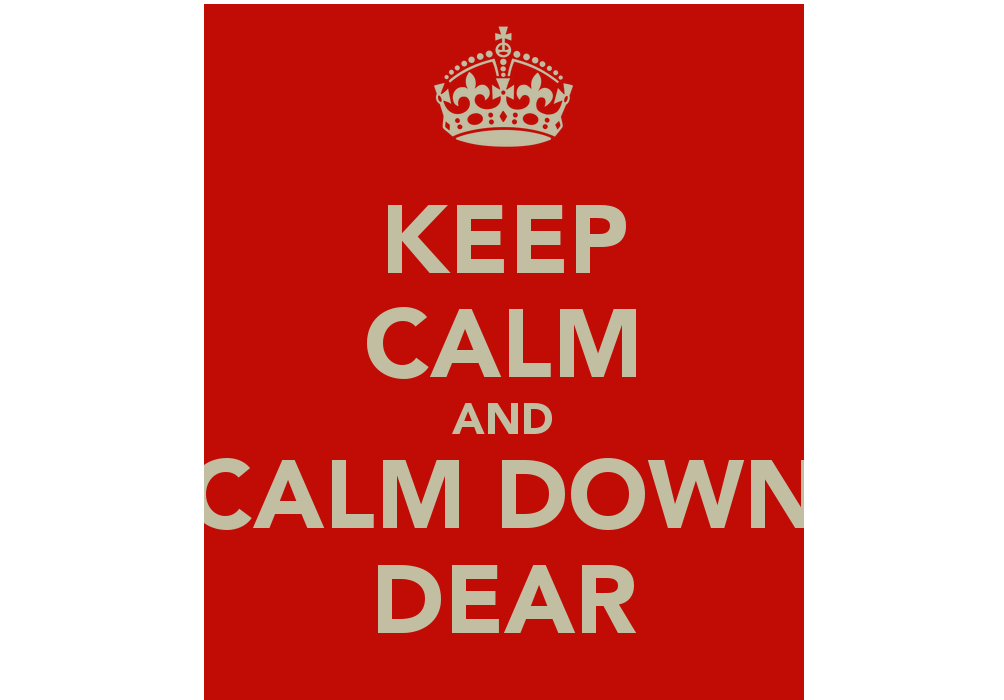 Ontologically confused, of course, but that’s the internet for you. Photo: The Keep-Calm-O-Matic

Poor John Bercow. He’s just trying to get everyone through this thing, and now he has to tell off the Children’s Minister Tim Loughton for, er, not behaving like an adult. His wry, weary face as he repeatedly calls for order may be best evidence yet that PMQs needs to grow up. 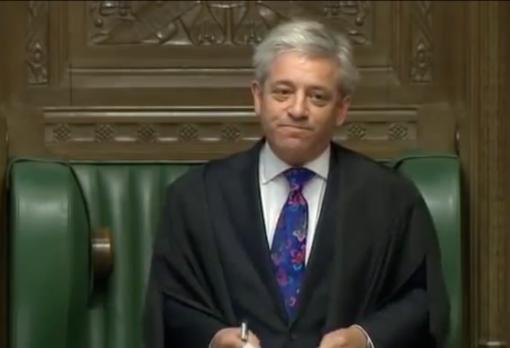 In our political editor George Eaton’s profile of Ed Balls, the potential chancellor poked fun at his own name, joking that it was even worse for “his sister Ophelia”. Yet in May 2012, Cameron rose above Ed’s comic nomenclature and instead called him a “muttering idiot”. We hope someone gave the Shadow Chancellor some Savlon for that burn.

With the debate(s) looming, commentators have become almost forensic trying to figure out who said what about them when. The manic energy of Cameron and Miliband in this clip shows we’re not the only ones who have pretty much no idea what’s going to happen – or why.

We love Dennis Skinner, who can always be relied upon to provide a bit of much-needed volume to the chamber. Aside from heckling the Queen, the “Beast of Bolsover” does a good line in Tory-bothering. His speech on living standards was one of the rare moments we found ourselves agreeing with Cameron: Skinner clearly enjoyed that.