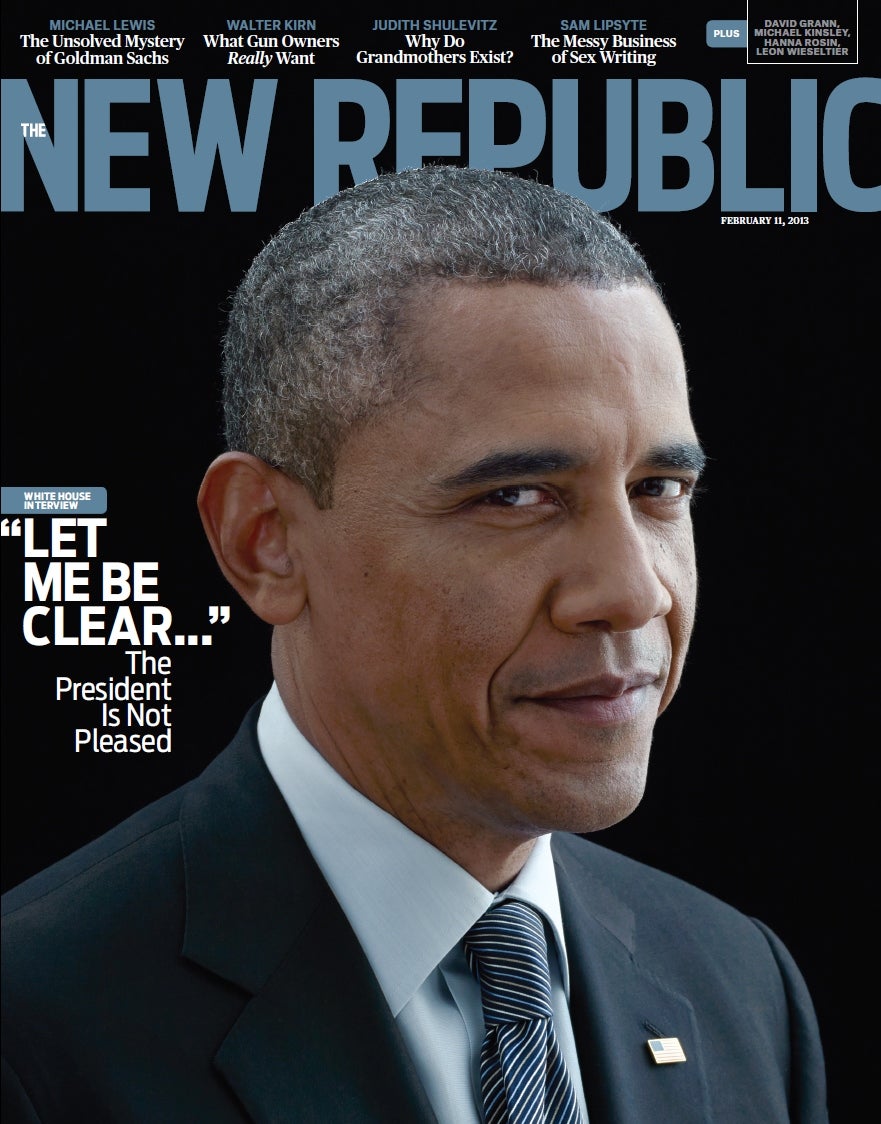 If the New Statesman has a sister publication it is the New Republic, the voice of American heterodox liberalism, which celebrated its centenary on 19 November with a gala dinner in Washington, DC at which Bill Clinton was guest speaker. I was invited to the gala by the publication’s owner, Chris Hughes, a hugely wealthy 31-year-old entrepreneur who was a Harvard room-mate of Mark Zuckerberg and co-founder of Facebook (he had the fifth Facebook account; Zuckerberg had the fourth).

In 2012 Hughes bought the impecunious, once-great New Republic and declared his intention to invest in “high-quality long-form journalism”. It felt like an exciting moment – new media meets old – and I watched what was happening with fascination.

I met Hughes for lunch in London not long after he had reappointed Frank Foer as TNR editor. We spoke about the history of our titles and the crises that had afflicted them. Yet we were both optimistic about the prospects for high-quality journalism and niche publications in the digital age.

By this time, TNR and its website had been lavishly redesigned and relaunched (once weekly, the magazine was now appearing fortnightly). Its new iPad app was being marketed aggressively. New staff were being expensively hired.

Over the past year or so, I’ve liked Frank Foer’s work on TNR (though I understood that its annual losses were as much as $5m and the app had not been the hoped-for success), and he and Hughes expressed admiration for the way we had rejuvenated the NS. We agreed to share and showcase a selection of our journalism on our respective websites.

Then, on 4 December, it was announced that Foer and Leon Wieseltier, who had been literary editor since 1983 and was seen as the conscience of the paper (even if he was perhaps too fond of publishing 10,000-plus-word reviews about Kafka), had resigned, or been forced out after disagreements with Hughes and a new chief executive, Guy Vidra. Formerly of Yahoo! News, Vidra told staff, in a disastrous briefing, that the magazine would be reimagined “as a vertically integrated digital media company”. Foer’s replacement would be Gabriel Snyder, formerly editor of the Atlantic Wire, an online aggregation site.

The next day most of TNR’s senior staff and contributing editors resigned in protest. Several writers threatened to pull their work from the next issue, which was only a few days from going to press. Hughes responded by suspending publication until February, when the magazine will be (yet again) relaunched as a not-quite-monthly (ten issues a year, down from 20). David Remnick, the editor of the New Yorker, described what had happened as “a terrible loss and an outrage”.

In an article in the Washington Post, Hughes expressed regret but remained defiant. “At the heart of the conflict of the past few days is a divergent view on how the New Republic – and journalism more broadly – will survive. In one view, it is a ‘public trust’ and not a business . . . I believe we owe it to ourselves and to this institution to aim to become a sustainable business and not position ourselves to rely on the largesse of an unpredictable few.”

Hughes has been accused of an act of cultural vandalism. But publications such as the New Republic – and the New Statesman, for that matter – deserve to survive, let alone thrive, only if a readership exists for them, in print and online. Very few publications can afford as the Guardian does to operate a debt-financed expansionist model – it loses as much as £30m a year and yet professes the desire to become the “world’s leading liberal voice”. Let’s call the Guardian’s the Manchester City model of journalism. It is clearly one that Hughes no longer wishes to share. Yet can TNR become more than a vanity project without destroying its purpose and heritage, or losing its political identity altogether?

In a farewell memo to staff, Foer wrote: “Part of the joy has been the struggle: We’ve fought to preserve an institution that was perpetually imperilled.”

I empathise with what he said. One of the many pleasures (and challenges) of editing the New Statesman has indeed been the struggle: first you have to rethink the magazine for a new era and create a vibrant website; then you have to make it viable as a sustainable business as well as increase your influence and readership without the ruinous costs of marketing. In other words, the journalism becomes its own marketing. And I’m happy to say it’s working for us and we can face the future with confidence. Would that one could say the same of the stricken New Republic.