Welfare reform has been one of the most controversial parts of the coalition government’s reform programme since coming to power in 2010. A New Policy Institute report published this week finds that while claimant numbers are falling, serious problems are emerging with how the system operates.

Earlier this week, the New Policy Institute published its latest Monitoring Poverty and Social Exclusion report – an annual, independent assessment of poverty and other forms of disadvantage across the UK. One of the themes of the report is welfare – how many people receive benefits, how much it costs, and how well the system is working to provide support to those who need it. Early signs are that while the number of claimants is falling, cracks are nevertheless emerging in how the system operates.

Our research suggests that on several counts the government is reducing welfare spending. Overall claimant numbers are falling, mainly due to falling JSA claims. Indeed, the number of new JSA claims fell from 3.5 million in 2013 to 2.9 million in 2014, while the number who had been claiming for over a year fell from 430,000 to 310,000. The number of people claiming housing benefit fell last year as well. Moreover, there is some evidence that expenditure on some benefits – tax credits mainly, housing benefit possibly – has peaked.

Meanwhile, as the graph below shows over 60,000 people had to wait at least 9 months for a decision to be made on their Employment Support Allowance (ESA) claim in 2014, over 50,000 of whom were then found to be entitled to the benefit anyway. 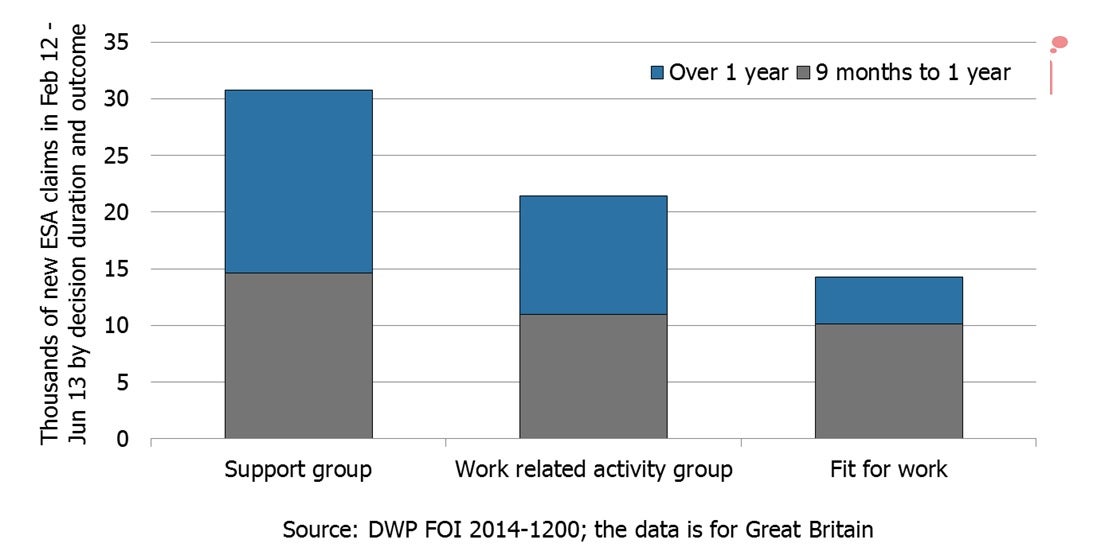 
One of the most contentious aspects of the Government’s reform agenda has been the increasing use of sanctions. As the graph shows below, the number of JSA claimants having their benefits stopped was at a record high in 2013/14, at around 800,000. Another 400,000 claims were referred for sanction, but the decision was made not to stop the payment. This is now lower than the number of claims that were ended before a decision on a sanction could be made – 500,000 last year – and removed from the claimant count altogether. 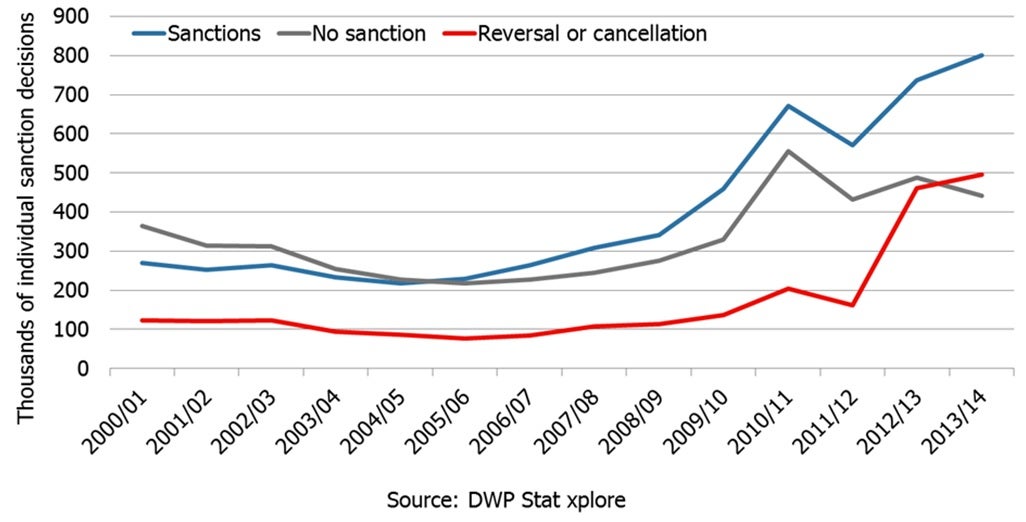 
The disregard with which benefit recipients are treated would not be acceptable in any other public service. The costs of welfare and the need to reform it will be central to the manifestos of the main parties at next year’s election, as they always are. But the system must be effective and fair. Applicants need to know that their claims will be dealt with swiftly and fairly. The conditions under which people can claim benefits need to be clear and rational. All parties will doubtless insist next year that they are tough on welfare, but they need to be able to demonstrate that they can make the system work.