David Cameron may be moving Britain ever closer to the EU exit door, but the public (who will, of course, have the final say) are pulling it away. The latest Ipsos-MORI poll shows that support for membership has risen to a 23-year high of 56 per cent with just 36 per cent in favour of withdrawal (8 per cent are undecided). This is the highest-ever level of support for the EU since it was created in 1992.

Some have argued that the recent increase in backing for membership is due to Ukip contaminating the eurosceptic brand. According to this argument, the increasing prominence of a party defined in opposition to the EU, and that many voters regard as racist, has led the public to adopt the reverse position. 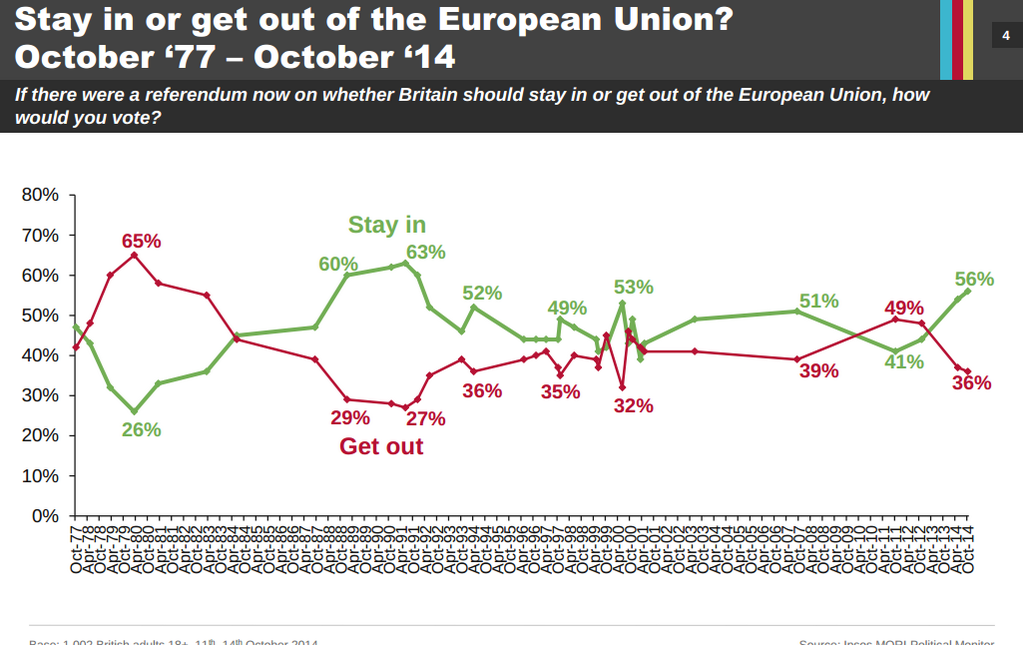 This may well be a factor but a likelier explanation to me is the rise in economic optimism and the fading of the eurozone crisis (although there are signs it could be returning), which has made voters more content with the status quo. It’s also worth noting that, unlike in the past, membership of the euro has been ruled out by the main parties. For all their grievances with the EU, most recognise that the only way for Britain to exercise significant global influence is through Europe. The Scottish referendum, and the associated warnings from business, is also likely to have concentrated minds on the dangers of going it alone.

But whatever the reason, today’s poll is a reminder that even if the Tories win the election (which is far from certain), the public will not inevitably vote for withdrawal.