Amid this year’s commemorations of the centenary of the First World War, we have heard more than once the writer George Santayana’s aphorism: “Those who cannot remember the past are doomed to repeat it.” Santayana was Spanish, and his warning might serve as a reminder to commentators (in any country) when contemplating the “Gibraltar problem”.

Spain ceded “the Rock” to the British in the Treaty of Utrecht in 1713. As a historian of Gibraltar, I have spent much of the past decade trying to demonstrate that this “Gibraltar problem” is a relatively modern phenomenon. It is complex, and always subject to change. Tense Spain-Gibraltar relations in recent years have led us to think that conflict has always been the norm. In fact, the more truthful picture is that aggressive Spanish postures were revived under the brutal dictatorship of General Franco, whose government went as far as to close the border between Gibraltar and Spain in 1969. Yet, all this took place after 150 years of very cordial relations.

At the start of his regime, Franco (in power from the end of the Spanish civil war in 1939 until his death in 1975) and his propagandists claimed that “weak” Spain, governed by various “liberal” governments since the end of the Napoleonic wars, had forgotten the historic Spanish claim to Gibraltar. Franco’s nationalistic desire to see the return of Gibraltar was useful in binding together the disparate right-wing groups that constituted his regime. “El Peñon” (“the Rock”) was just one of many items on his imperial shopping list in the Second World War – its return would serve as a signal to the world that Spain was on the rise once more.

During Spain’s period of subsequent international isolation following the Second World War, Franco was forced to change tack. With a military option no longer on the table, and fearing association with the dictatorships that had helped bring his regime to power, he was keen to present his Gibraltar obsession not as an ideological stance held by some, but rather as a single and united “Spanish will”. This narrative began to surface in absurd places. For instance, during an international football friendly played against Finland in 1969 in La Línea (a Spanish city near the border with Gibraltar), one Spanish newspaper concluded that their country’s 6-0 victory owed everything to the players’ voracity when they attacked, “as if the object was Gibraltar and not the Finnish goal”.

Franco was also keen to present Spain’s claim as an unwavering and unchanging policy goal, not a specific feature of his regime. And, by and large, it is this narrative of the “Gibraltar problem” that has been followed and repeated by democratic Spanish governments since 1978. Furthermore, it is a narrative all too often adopted, and strengthened, in its repetition by diplomats, journalists, commentators and academics. 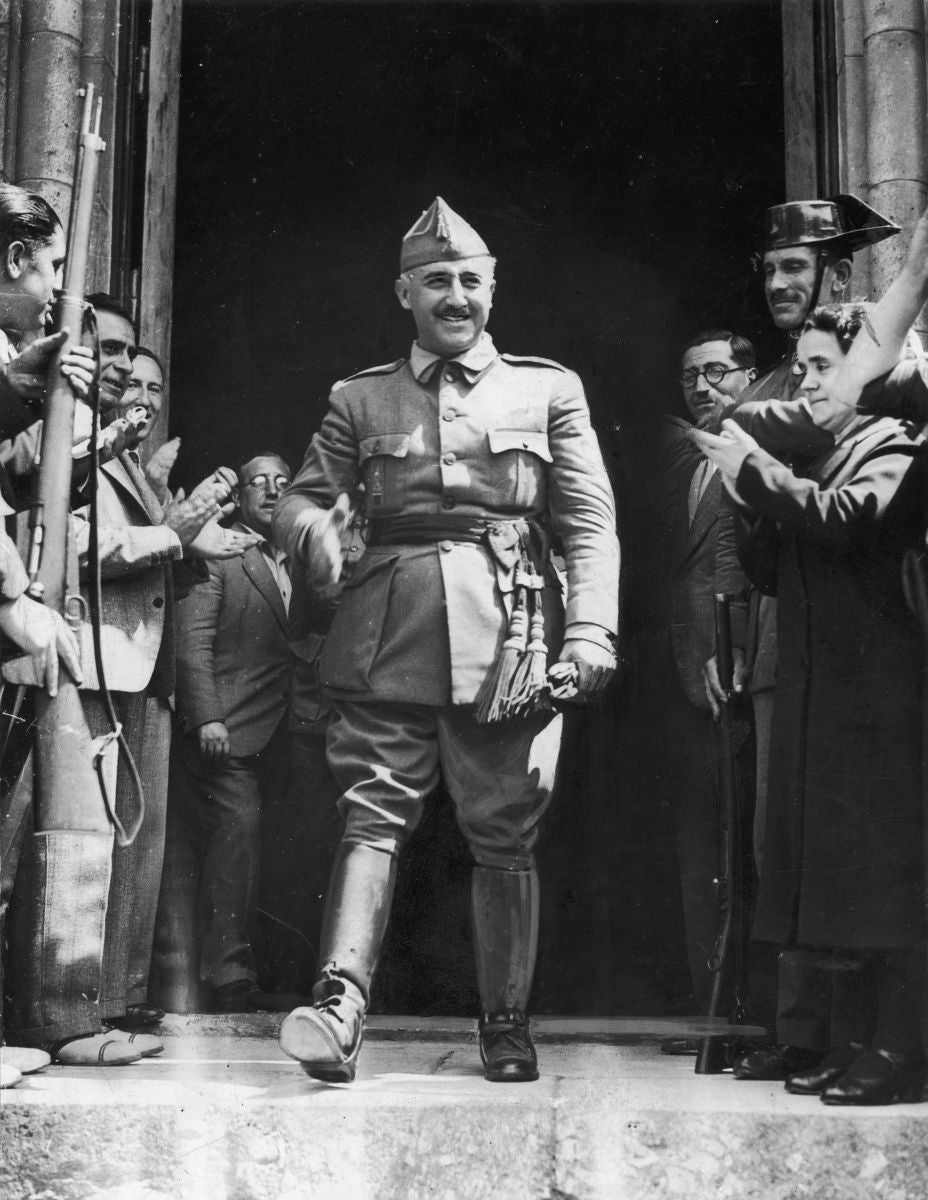 If remembering the history of the dispute over the past 60 years offers us lessons on what not to repeat, then surely understanding its history over a much longer period might offer us ideas for a better future. Today, the frontier is seen as a point of tension. Yet from the early 19th century, until the imposition of Franco’s dictatorship in 1939, it existed largely in name alone.

A relatively open border allowed for constant interaction across it, the development of symbiotic economic bonds, and a resultant exchange of language, culture and even political ideas.

By the early 20th century over 10,000 Spaniards were crossing into Gibraltar each day to earn a living, while roughly 4,000 Gibraltarians were living in neighbouring Spain. Intermarriages were frequent. Spain may have protested against the Gibraltar national football team’s admittance to Uefa this year, yet we might recall that a very different footballing tradition existed before the 1950s, a time when Gibraltarian teams frequently enjoyed fixtures with the very best Spanish clubs.

Evidence of these close cultural links is still very visible. Those who visit the Rock will immediately observe the trappings of British culture: Union flags, red telephone boxes and pubs. Yet signs of Spanish language and culture are highly visible in Gibraltarian society, too. My own first experience of this as a young researcher was watching a Champions League football game between Manchester United and Real Madrid in a Gibraltar bar. Both sides boasted a considerable following. On that night, I heard fans of the English team shouting playful insults in Spanish to the fans of Madrid, only to hear those insults returned in English.

The narrative established under Francoism has often prevailed in recent political discourse. For instance, when the former Spanish foreign minister Miguel Ángel Moratinos travelled to Gibraltar in 2009 to hold talks with his British and Gibraltarian counterparts, he was lambasted by a leading Spanish newspaper: “In a single day [he] squanders 300 years of fighting for Gibraltar.”

Clearly, there is no such thing as a united Spanish view on the subject and Madrid does not always speak for Spain as a whole. I remember feeling nervous the first time I discussed my work on Gibraltar with a friend from Spain. My nerves were soothed when she pointed out that she was Basque; her attitude to the Gibraltarians was one of “good luck to them”. One might also note how Barcelona football fans unfurled flags to support Gibraltarians last year, or how the local Spanish mayor of La Línea, Gemma Araujo, has criticised the her government’s latest restrictions at the Gibraltar frontier, which she says do damage to communities on both sides of the border.

Mayor Araujo is just one in a long line of Spaniards living and working in the area who see their needs and priorities as closer to those of their Gibraltarian neighbours than to those of Madrid. This understanding stems from a more nuanced historical memory of cross-frontier relations – one that complicates popular imaginings of the Spanish-Gibraltar narrative, and shows us a way that we might avoid repeating past mistakes.

Dr Gareth Stockey is a lecturer in modern Spanish studies at the University of Nottingham. His latest book is Gibraltar: a Modern History (University of Wales, £75)