Oh dear. Louise Mensch is (rightly) worried about the rise of anti-Semitism again in the wake of the crisis in Gaza, but she has a funny way of showing it:

@thomasknox who? If he uses Zionist then yes. Cheap code word for Jew. Antisemitism. Not having it

(And a screenshot in case she deletes it.) 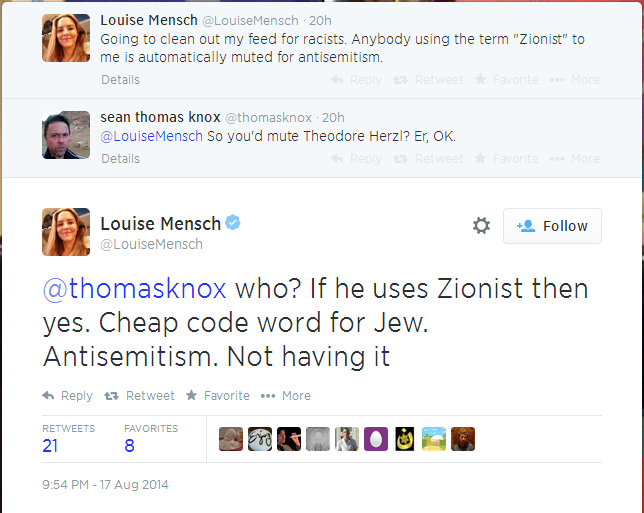 Herzl isn’t on Twitter, but he did write and publish Der Judenstaat (The Jewish State) in 1896 and Altneuland (The Old New Land) in 1902, the key texts of the modern Zionist movement, arguing that European Jews should move to the land that is now Israel and create their own state. The second-largest city in Israel, Tel Aviv, is named after the title of the Hebrew translation of Altneuland. Ah well. Can’t win them all, Louise.