Last October in Fort Worth, Texas, a woman ran into issues with the state’s strict new voter ID law when trying to vote. Her name on her ID did not match with the name on the electoral roll. She had been married twice and divorced twice – the first time, fans of House of Cards will be amused to note, was to a man called Frank Underwood. But when she went to the polls last October, her driver’s licence bore her maiden name – Wendy Jean Russell – while the electoral roll listed her with the surname of her second husband, whose name was Davis.

If you’ve been paying attention to Texas politics, the name Wendy Davis will be familiar to you. As I reported in this magazine, the very same day the Supreme Court handed down its decision to upend the Voting Rights Act, on 25 June last year, Davis staged an heroic, dramatic 13-hour filibuster in the Texas state senate to stop a particularly vicious anti-abortion bill. Overnight, she became a social media sensation. The bill was later passed by a special session – but was declared unconstitutional by a federal court three months later.

In October, Davis announced that she was running for Governor of Texas.

When the US Supreme Court, in its capricious wisdom, struck down one of the core sections of the 1965 Voting Rights Act, it removed federal oversight of the electoral laws of certain states – states that had been notorious for finding ways to prevent minorities from voting. The ruling meant that, freed freed from the shackles of the act, states like Texas would no longer have to wait for approval from Washington DC before changing its voting rules.

Justice Ruth Bader Ginsberg, a civil rights lawyer appointed to the Supreme Court by Bill Clinton, wrote a scathing dissenting opinion for the court. “Throwing out pre-clearance when it has worked and is continuing to work to stop discriminatory changes is like throwing away your umbrella in a rainstorm because you are not getting wet,” she said. But she was in the minority – the vote passed, five to four.  In his majority opinion, Chief Justice John Roberts implied that times had changed, and that the states named in the act no longer needed supervision to ensure fair play.

He was proved wrong within hours. Texas attorney-general Greg Abbott didn’t even wait for a day before announcing that the state’s voter ID law, which had been barred as unconstitutional under the act, would immediately go into effect.

Voter ID laws had already been a contentious issue in the 2012 presidential election, where Republican legislatures in states not covered by the Voting Rights Act passed them in droves. The Republican argument was that the laws were needed to prevent voter fraud – an argument that dissolves like tissue-paper in a gale when you consider the fact that in-person voter fraud is all-but non-existent in the United States. A 2012 study by News21 found that since the turn of the millennium there have been only ten cases of in-person voter fraud of of six hundred million votes cast. That’s one sixty-millionth. 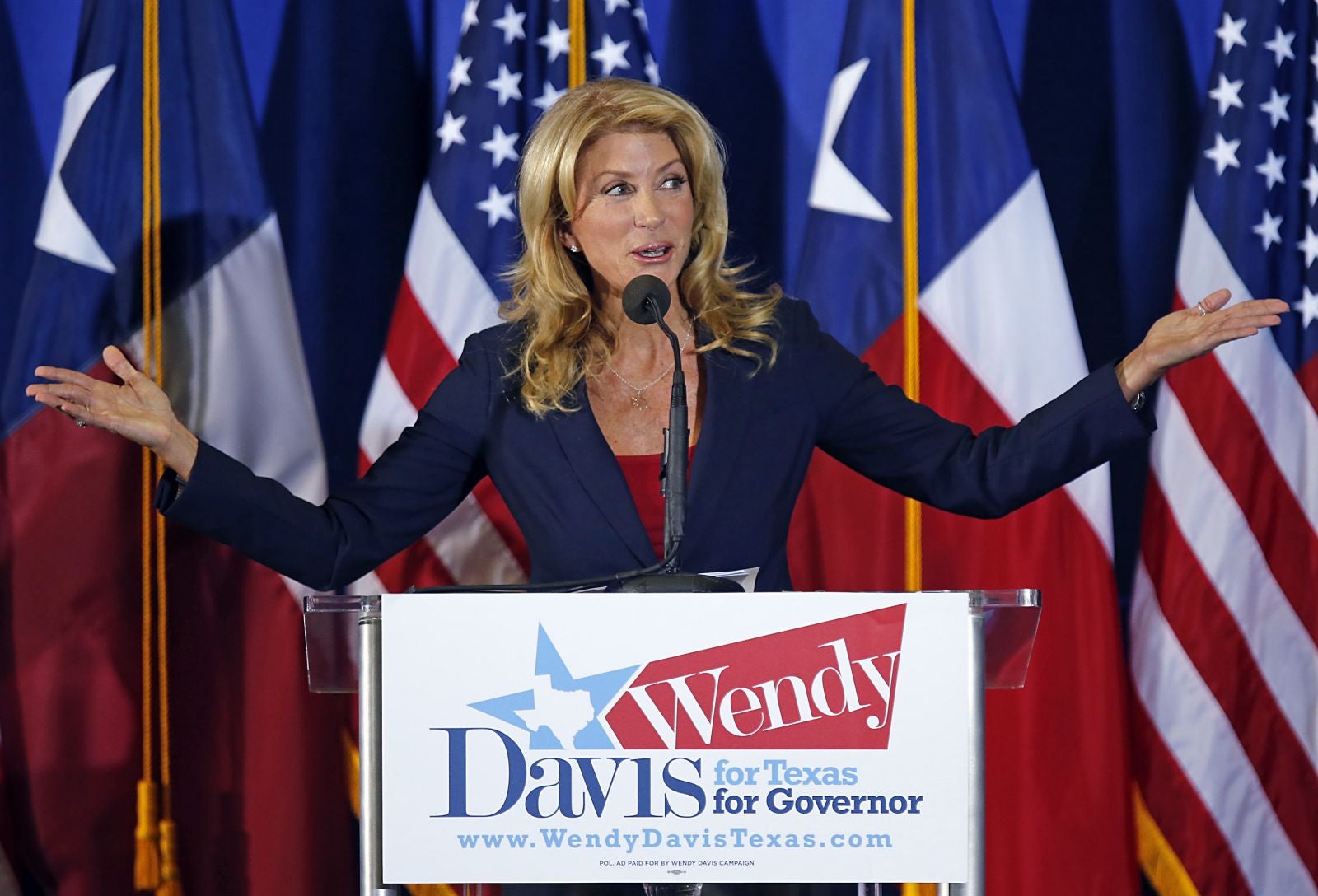 Wendy Davis announcing her candidacy for governor of Texas in October 2013.
Photo: Getty

When Pennsylvania passed a (non-binding) variation of such a law in the summer of 2012, an article in the Philadelphia Enquirer calculated with some degree of alarm that it could disenfranchise as much as ten per cent of voters in the state. Mike Turzai, the Pennsylvania House Republican leader, gloated that voter ID was going to win the state for Romney. In the end, he was proved wrong: Pennsylvania voted for Obama anyway.

There’s a reason Republicans like voter ID laws, and preventing fraud isn’t it. The argument is that they would discourage turnout disproportionately by those least likely to have government identification: the poor, and minorities – likely Democrat voters. Estimates vary dramatically, but sober analysts say it could be by as much as two per cent. The effects are difficult to quantify, because in any given election a huge number of factors affect turnout.

Another of the groups voter ID laws affect is women – and large turnout among women voters is crucial to Davis, who this week sailed to an easy victory in the Democratic primary.

Her opponent is Greg Abbott, that same state attorney general who so eager to announce the law that almost disenfranchised her. That it did not is thanks, in fact, to an amendment to the original Voter ID bill that Davis herself attached when it passed the Texas legislature in 2011, which meant that she was able to vote after signing an affidavit swearing her identity. If her name had been more “substantially different”, poll workers would have been authorised to turn her away.

In an amusing twist, Abbott himself had to sign an affidavit too – his name is slightly different on his driver’s licence. “If it weren’t for Wendy Davis’ leadership,” Davis campaign spokesman Bo Delp said at the time, “Greg Abbott might have nearly disenfranchised himself.”

Last October, when she announced she was running, some polls put her nicely in the game – still behind, but only by six points. But now, with her filibuster fading a little from public memory, the Davis campaign faces a steep electoral climb. The staunchly pro-choice position that made her famous on the senate floor is causing her problems in both conservative white and hard-line Catholic Latino communities. She lost seven of Texas’s fourteen border counties to a pro-life Democrat, Ray Madrigal.

Moreover, since her meteoric rise to prominence and promising start, her campaign has been marred by missteps. She has chosen to campaign hard on her rags-to-riches life story; but run into problems when inconsistencies emerged in the press.

Her story is this. Davis was born in Rhode Island, and moved to Texas when she was 13. At 17, she moved in with Frank Underwood, and they married a year later, just after graduating high school. Her marriage to Underwood didn’t last; just three years after giving birth to their daughter, Amber, the pair divorced. Davis was 21, a single parent, living first in a mobile home and then back at home with her mother.

She worked odd jobs, waiting tables or working at the reception of a doctor, and it was then that she met her second husband, former councilman Jeff Davis, who gave her the financial assistance she needed to attend first Texas Christian University and then Harvard Law School.

It is for downplaying this detail, of the extent of his financial assistance, that her campaign was caught playing a little fast and loose with the truth. They have since issued a mea culpa, but the farrago has hurt her in the polls; a University of Texas/Texas Tribune poll last month showed her trailing Abbott by eleven points, and a Rasmussen poll at the beginning of March had her behind by 12 – though Rasmussen is notorious for leaning to the right in its results. More recently, a small poll by the Emerson College Polling Society had her within a tantalising seven points of victory but still lagging behind on name recognition.

Mark Jones, professor and chair of the department of political science at Rice university in Houston, predicts that Davis will have to fight hard if she is to be in with a shot. “I think she’s going to have to run an aggressive campaign,” he tells me. “She starts off at a real disadvantage, so I expect her to be aggressive.”

Davis’ campaign has placed her life story front and centre. Her leading TV spots, “Doors” and “A Texas Story”, focus on her journey from young single mother in a trailer park, to paralegal putting herself through night school, to Harvard Law School and beyond. But the campaign has struggled at times to tell a coherent version of this story; running aground on accusations of fuzzy recollections and fudged truths. To rectify this, last week the campaign brought in the big guns, hiring Zac Petankas, former communications director to senate majority leader Harry Reid, to run her communications. 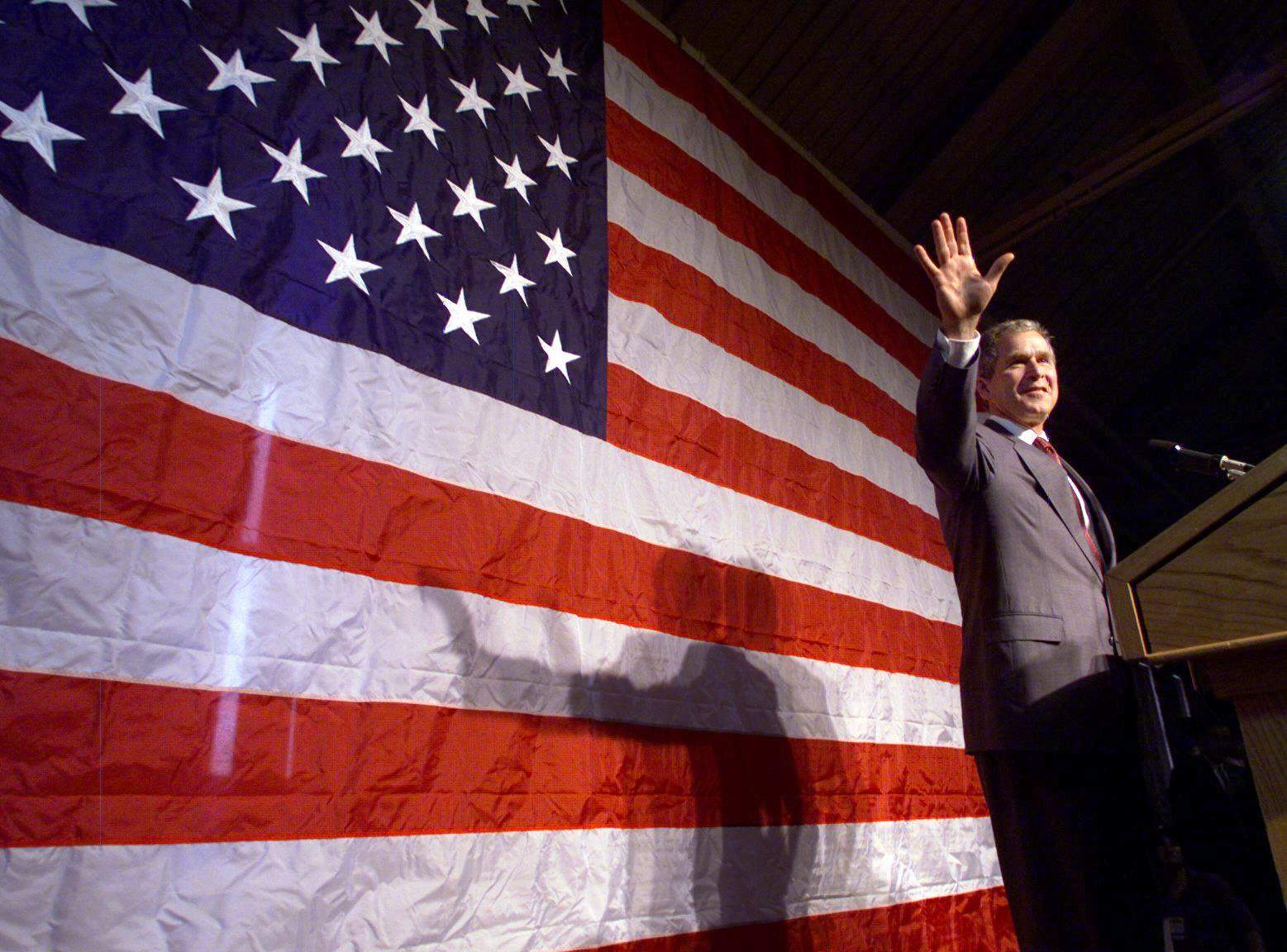 If successful, Davis will be the first Democratic governor of Texas since before George W Bush.
Photo: Getty

Running in Texas is an expensive proposition – to purchase enough television airtime to be competitive will cost upwards of $45m a week. Unlike some Democrats in the past, however, Jones tells me that the Davis campaign has enough financial backing – both from within Texas and from wealthy Democrat donors in New York and California – to run a competitive campaign.

Davis will be looking to Bill De Blasio’s victory in last year’s New York mayoral elections as an example of how to build a Democratic coalition that includes college graduates, minorities and women. It worked nationally – that’s the coalition that brought victory to Barack Obama – and it worked for De Blasio and for Elizabeth Warren, the freshman US senator from Massachusetts. But can it work in Texas?

Jones is skeptical. “Davis …  was a long shot before [the primary], and she’s still the long shot after. Texas is a very Republican state; Obama is very unpopular. Davis is a Democrat, and that makes for an uphill struggle.”

He thinks, though, that she might have different criteria for victory than winning the race outright. “Where she can win while losing is by substantially narrowing the gap between herself and Greg Abbott. If we use 2010 as a benchmark – where [Democrat] Bill White was defeated by twelve and a half points by [current governor] Rick Perry. If Davis can cut that margin in half that will be seen as a real step forward – and [the Democracts] will hope to turn the state purple and then blue in the medium term.”

Meanwhile, Abbott is drifting ever-more to the right. He announced that he would veto a bill to make it easier for women to take equal pay disputes to state court. But he is very popular in Texas. He has sued the Obama administration 27 times as attorney general, is a spectacularly effective fundraiser with a war chest of more than $20m, and counts influential senator and Tea Party darling Ted Cruz among his close friends.

If any Democrat can win, though, it is probably Davis. She proved that night last year on the Texas senate floor that she has determination, and grit. Abbott certainly has those things too, but Davis is succeeding so far in making him campaign on her terms; the issues in the campaign so far have been equal pay for women and early-childhood education, both issues which fire up the Democrat base – the latter was a central part of Bill de Blasio’s campaign for mayor of New York last year – and will play well with moderate women voters, whose support Davis badly needs.

One thing is clear: the voter ID law that Abbott supported, and the amendment that Davis attached to it – that same law that nearly disenfranchised them both last October – were in fact the opening salvoes of what is shaping up to be a very exciting campaign indeed.