Imagine Ed Miliband at home on Sunday morning. He’s got his feet up in the front room; he’s hanging out in one of his smart-casual cardigans and chatting amiably with a couple of his friends about what a wanker Andrew Neil is. Justine wanders in with coffee and puts on something relaxing by Coldplay or maybe Acker Bilk. Here is the Labour leader at rest. Ed being normal. The real Ed.

How are we getting on? Is this easy? How about imagining Ed making toast? Does he spread the marge in a weird way? Does he hold the knife like it’s a spoon? Does he make a peculiar face when he gets to the edges? Imagine him eating a pear. Look at the thoughtful way he rotates it in his big fingers and licks the juice. He looks insane, eating that pear. That’s the way a lunatic would eat a pear.

The way people imagine their political leaders is, like it or not, an important factor in how they decide to vote and, indeed, whether they vote at all. Political personalities matter and one of the things we have started to expect of these personalities is that they be “normal”. This is a pity, because being normal is impossible. Especially on TV, which is how we mostly see them.

“Look at how phoney they are,” members of the television news audience say, as they simultaneously update their Facebook page. “Thank God I’m so genuine and multifaceted – look at my nuanced opinions about cheese and how I like both Coldplay and Acker Bilk. I am large[-ing myself up]. I contain multitudes.”

This is a culture in which the authenticity of politicians is habitually traduced by people who devote large sections of their day to carefully compiling and publishing evidence of their own personality. That is the advantage of social media over television: on Facebook, the sheer volume of selective bullshit spreads out until it starts to resemble a self; it’s like expressing a personality through a thousand personalised number plates so nobody notices that you’re the dick who went to the trouble of getting that first one.

In a TV interview, conversely, you’ve only got time to be one “thing”. Whether you’re taking part in a political interview or you’re a celeb on a chat show, you have to choose the “thing” before the “thing” chooses you. David Cameron, for instance, has chosen “reasonable guy”. David Starkey has chosen “spiteful old man”. Tony Blair started out with “everyone’s mate”, before making a late switch to “implacable warmonger”.

Ed Miliband, though . . . Ed’s “thing” seems to be “politician”. It’s not his funny voice or his unfortunate habit of closing his eyes after every phrase as if someone has just burped in his face: those things can’t be helped and don’t really matter. It’s the deliberate body language and the deliberate choices in how he speaks that ring false. He sits motionless and bolt upright like a politician. He steeples his hands like a politician. These are exactly the choices that soap actors make when they’re on a tight schedule and are untroubled by high expectations. On EastEnders, if someone gets surprising news on the phone, the scene ends with them looking at their handset in amazement. No one in real life does that. And no one makes their fingers into a little church to look clever. But we accept the convention and excuse the bad acting as a symptom of the bad writing: if I’m obsessing about Ed Miliband’s performance, it’s because he habitually lumbers himself with a lousy script. 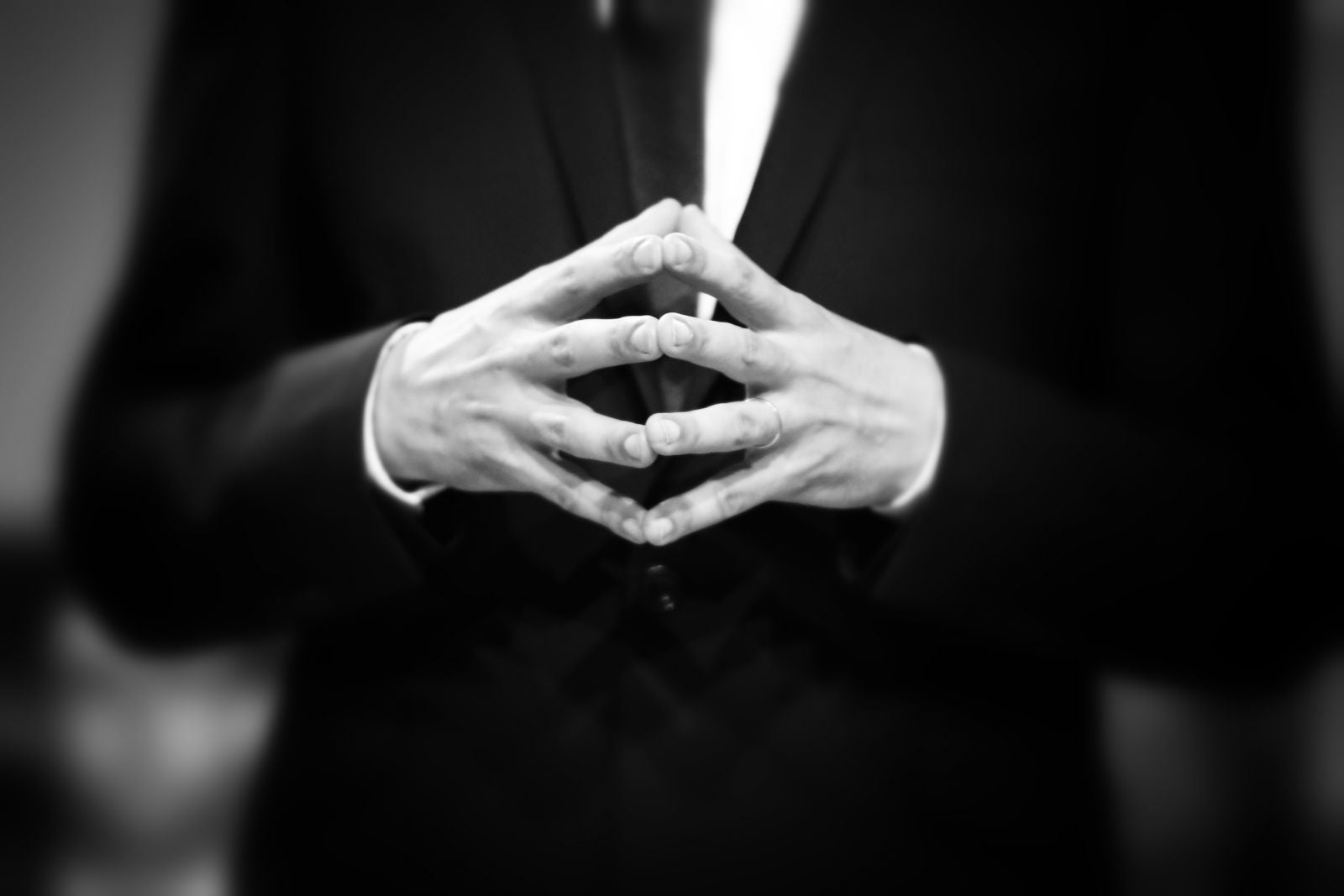 He repeats stock phrases – “the squeezed middle”, “the cost-of-living crisis” – during a single interview in the hope of “getting the message across”, at the expense of “sounding like a person”. It takes iron discipline for a man of his intelligence to do it but it seems that he’d rather sound like a robot and have a sporting chance of getting the desired soundbite on the news than forget about the news and sound like a human being during the interview.

You could say that the way he dishonours his intelligence like this is an insult to our own. Or you could more charitably say that he’s putting the interests of his party before his pride. Either way, in terms of “looking normal”, it’s difficult to like.

This kind of thing brings out the bully in interviewers, as if he’s letting the side down and exposing the political interview for the unbearable travesty it invariably is. The sanguine Andrew Marr is much rattier with Miliband than with anyone else; Paxman is visibly disgusted; John Humphrys presumably just punches him in the head as soon as he walks into the studio.

Look, the Tories are busy dismantling what’s left of the principle and practice of the NHS. They’ve got a large section of the electorate believing that the world recession was caused by Sure Start and the excessive number of public libraries. Their reform of the welfare budget and their attitude to the working poor show a cluelessness bordering on malice. They think everyone has a family home to fall back on. They think people earning more than £150,000 a year need a tax break. These guys look human on TV because we’re pleasantly surprised when they don’t show up with two horns and a trident. In this context, the “normal” reaction is not a diffident bunch of soundbites compiled by anaemic strategists and sack-me-now-so-I-can-go-back-to-teaching speechwriters. The normal reaction is outrage. Labour is at its best when it remembers its moral fury.

Ed Miliband is obviously a mild guy. I don’t expect him to pretend to be a pugilist. His fingers can stay balanced in a tepee of calm if he thinks that looks good. But right now, before he is finally dismissed as “just a politician”, it’s the words that count: for those he seeks to fight for, those words need to take the form of a fist.

Robert Webb is a writer and comedian. Find him on Twitter: @arobertwebb