After rumours this morning (prompted by a report on the site of far-right splinter group The British Democratic Party) that Nick Griffin had been declared bankrupt, here’s the official record confirming that this is the case. 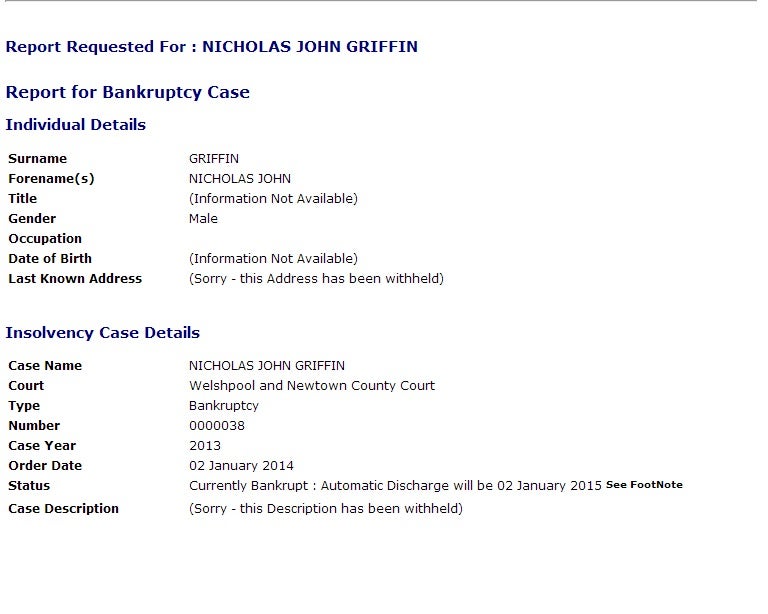 Griffin is not, contrary to some reports, automatically barred from standing for re-election as an MEP in May’s European elections (see page five of the Electoral Commission’s guidance for candidates). On Twitter, he confirmed that he would be the BNP’s lead candidate in the north west, adding: “I am now turning the experience to the benefit of hard-up constituents by producing a booklet on dealing with debt. No surrender!”

Fortunately, based on the BNP’s recent electoral performance, the voters are likely to remove him in any case.