The Bechdel Test, proposed by Alison Bechdel in her comic strip Dykes to Watch Out For, is a pretty simple way of looking at female representation in films and television. In the strip, a character says she has three criteria to judge whether she will watch a film:

3. about something besides a man.

Earlier on Twitter, I saw a suggestion for an updating of the test to videogames:

@LaurakBuzz (i)There must be a female character with whom you can interact, (ii) who doesn’t need rescuing, (iii) and isn’t a prostitute.

Bartley has previously explored the idea in a blogpost, where she considers other possibilities for a videogames test. Should we look at the point of view – how many games allow you to play as a female character? Or should we look at what roles there are for women in games (Bartley says that she included the second two criteria because female characters are often a “helpless princess” or “object of desire”)?

Has a female playable character. Has a female npc the player speaks to not about a man. Woman features prominently in ads.

Both of these are interesting starting points, although neither quite captures the spirit of the original – that “click” when you realise that in TV and films, the main character is usually male, and usually at the centre of a web of relationships with him. Women don’t get to be at the centre of the web very often, and so end up being mothers, daughters, sisters, love interests. The idea that women might have an independent existence is still utterly alien.

Nonetheless, I wondered idly which of last year’s bestselling games would past the two tests proposed above. 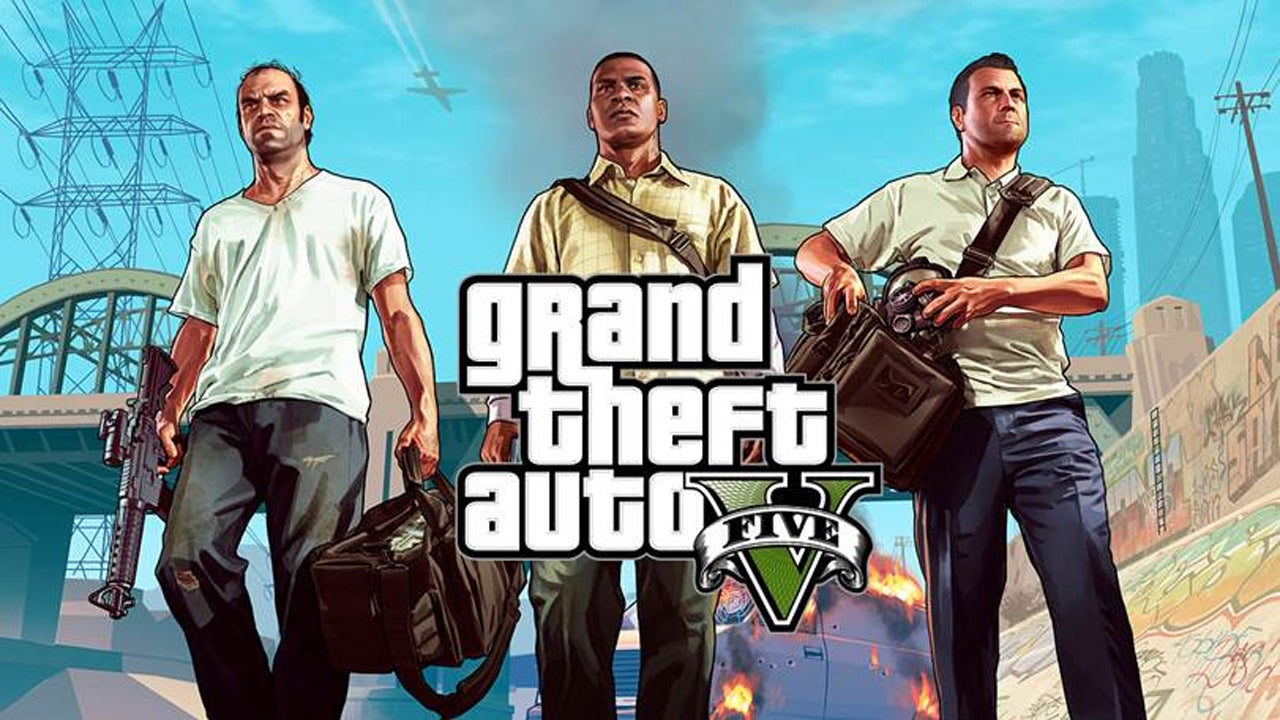 1. Hahahahahahaha. Although I suppose that Franklin’s aunt and her friend talk about their exercise regime a fair bit. And there was a woman in the ads – in a bikini, sucking a lollipop. Empowerment. 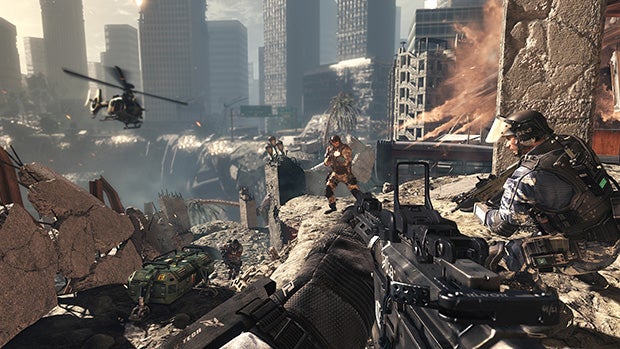 2. This is Call Of Duty: Ghosts, in case the deeply generic palette and scenario confused you. It is, unsurprisingly, something of a man’s world. 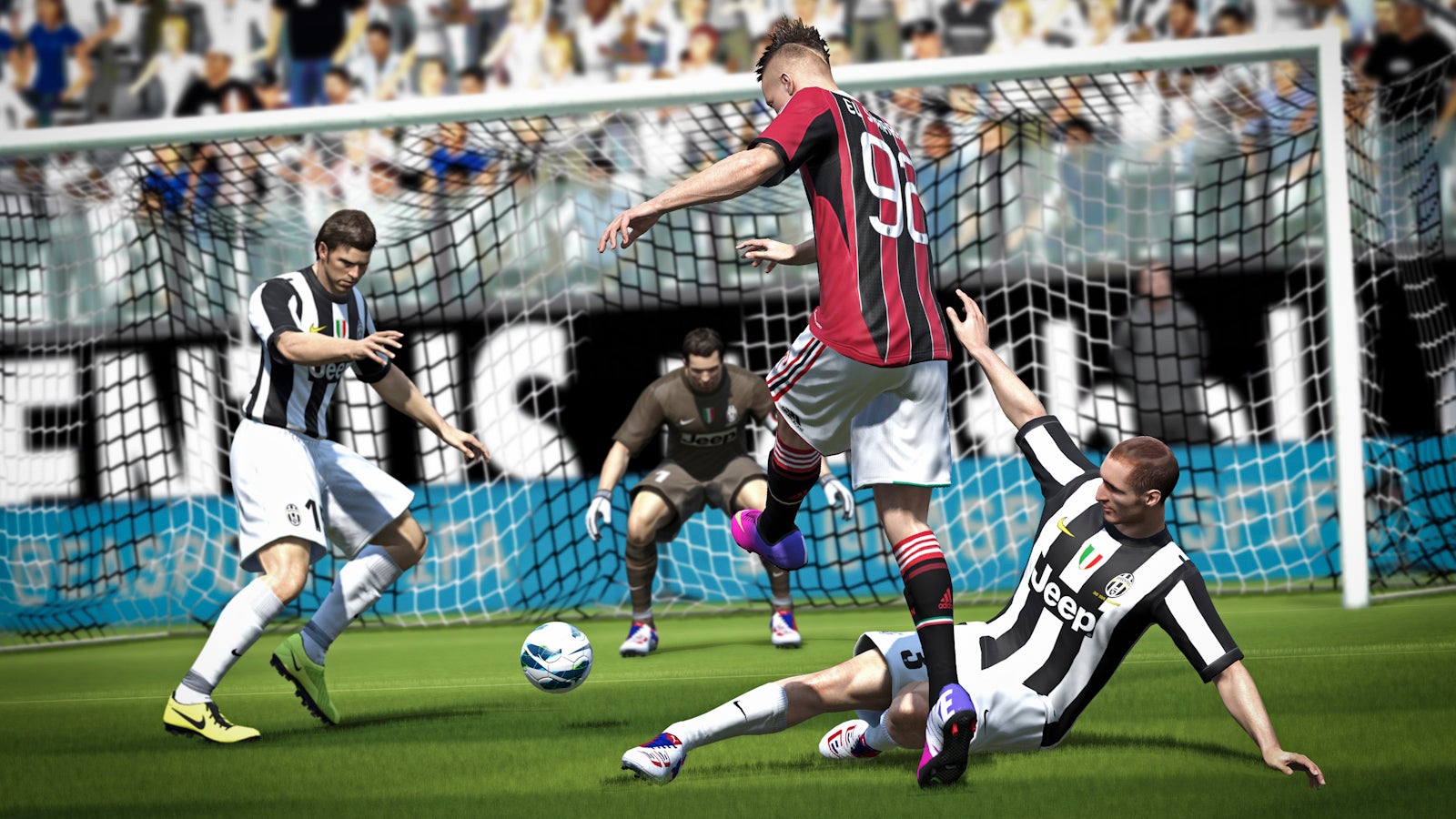 3. I haven’t played Fifa, but I’m guessing there probably aren’t that many female characters in it. Just guessing.

In fairness, things aren’t so manly all the way down the rest of the top ten list (Pokemon X&Y; Assassin’s Creed Black Flag; The Last of Us; Animal Crossing New Leaf; Tomb Raider; Monster Hunter IV; Bioshock Infinite) although I’m racking my brains for a conversation between Elizabeth and Daisy Fitzroy in Bioshock Infinite, or indeed Elizabeth and any other woman. Unsurprisingly, Tomb Raider does well on whatever measure you use: the new Lara Croft is a dab hand with a bow, and there are other female characters on the expedition with her.

One of the problems with applying the test to games is that they are so diverse: the medium takes in Solitaire (a hotbed of misogyny, obviously – why is the King worth more than the Queen, eh?) and Candy Crush (riven with stereotypes about sweets, not to mention fat-shaming)*. Some games don’t have characters at all; others have non-humans (although, from the voice actors used, I think all the dragons in Skyrim are male; no wonder they died out).

For me, the perfect games Bechdel test would go some way towards capturing the spirit of the original by being about relationships between women. It won’t be relevant for lots of games, both indie and commercial, and that’s fine. But there are enough games now with well developed characters, storylines and dialogues for the right test to say something meaningful.

Bechdel has recently written that she believes the idea originally came from Virginia Woolf’s A Room of One’s Own, where the author registers surprise at reading the sentence “Chloe liked Olivia”.

“Chloe liked Olivia,” I read. And then it struck me how immense a change was there. Chloe liked Olivia perhaps for the first time in literature. Cleopatra did not like Octavia. And how completely Antony and Cleopatra would have been altered had she done so! As it is, I thought, letting my mind, I am afraid, wander a little from Life’s Adventure, the whole thing is simplified, conventionalised, if one dared say it, absurdly. Cleopatra’s only feeling about Octavia is one of jealousy. Is she taller than I am? How does she do her hair? The play, perhaps, required no more.

But how interesting it would have been if the relationship between the two women had been more complicated. All these relationships between women, I thought, rapidly recalling the splendid gallery of fictitious women, are too simple. So much has been left out, unattempted. And I tried to remember any case in the course of my reading where two women are represented as friends. There is an attempt at it in Diana of the Crossways. They are confidantes, of course, in Racine and the Greek tragedies. They are now and then mothers and daughters. But almost without exception they are shown in their relation to men…

Also, I continued, looking down at the page again, it is becoming evident that women, like men, have other interests besides the perennial interests of domesticity. “Chloe liked Olivia. They shared a laboratory together…” I read on and discovered that these two young women were engaged in mincing liver, which is, it seems, a cure for pernicious anaemia: although one of them was married and had—I think I am right in stating—two small children. Now all that, of course, has had to be left out, and thus the splendid portrait of the fictitious woman is much too simple and much too monotonous. Suppose, for instance, that men were only represented in literature as the lovers of women, and were never the friends of men, soldiers, thinkers, dreamers; how few parts in the plays of Shakespeare could be allotted to them: how literature would suffer!”

This focus on relationships between women is vital, because a rising number of female roles doesn’t necessarily equate to better female roles. (I wrote about this in relation to Star Trek here: give me an impulsive female spaceship captain and her coldly analytical female first officer!) Recently, I’ve been watching Elementary, the CBS version of the Sherlock Holmes story, where Holmes is played by Johnny Lee Miller and Dr Joan Watson by Lucy Liu. 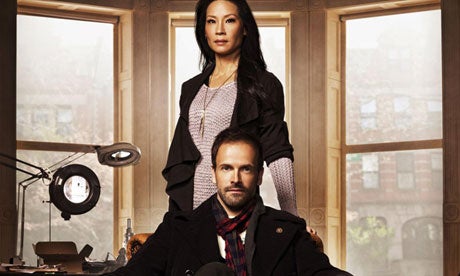 Liu’s Dr Watson is a former surgeon, who lost a patient, and then her medical licence. She now works as a “sober companion”, and is assigned to look after the recovering heroin addict Holmes. At the end of the first series, she has a properly crackling interaction with a female villain, who is trying to do the whole Black Widow vamp thing (complete with updo and killer stilettos) and allude darkly to how she could kiiiiill her in a crowded restaurant. And Watson just looks at her, unimpressed. Yeah, whatever. Course you could. Is that the dessert menu?

It’s an interaction that wouldn’t have the same fizz if the two characters weren’t both female. More than that, Watson’s deep loyalty to Holmes feels fresh because she’s his friend . . . not her prospective boyfriend, or her unrequited love. Just her friend. (Seriously, there is less sexual tension between them than between Cumberbatch and Freeman in the BBC’s version. After the Bones Hook-Up That Shall Not Be Mentioned, that’s bizarrely refreshing.)

So, anyway, that’s what I want from a Videogames Bechdel Test. A sense of women with independent lives, talking to other women. Maybe then shooting them in the face, or running away from zombie hordes hand in hand. Or just even keeping a really, really well maintained vegetable plot together.

How many games out now would pass that kind of test?

* I am really looking forward to angry comments from people who don’t get that this is a joke.