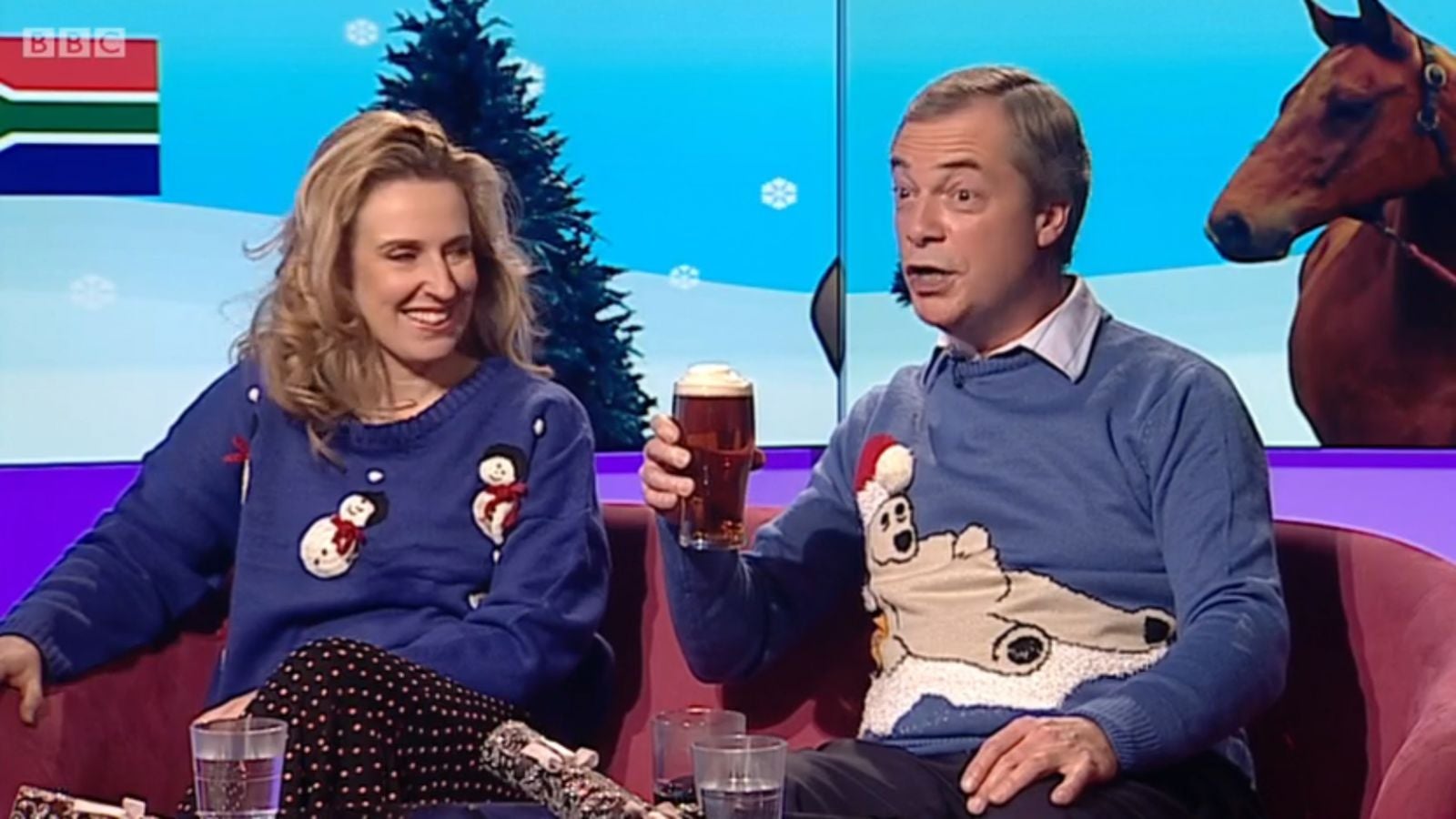 Portillo in a onesie! Self-depracating hashtags! 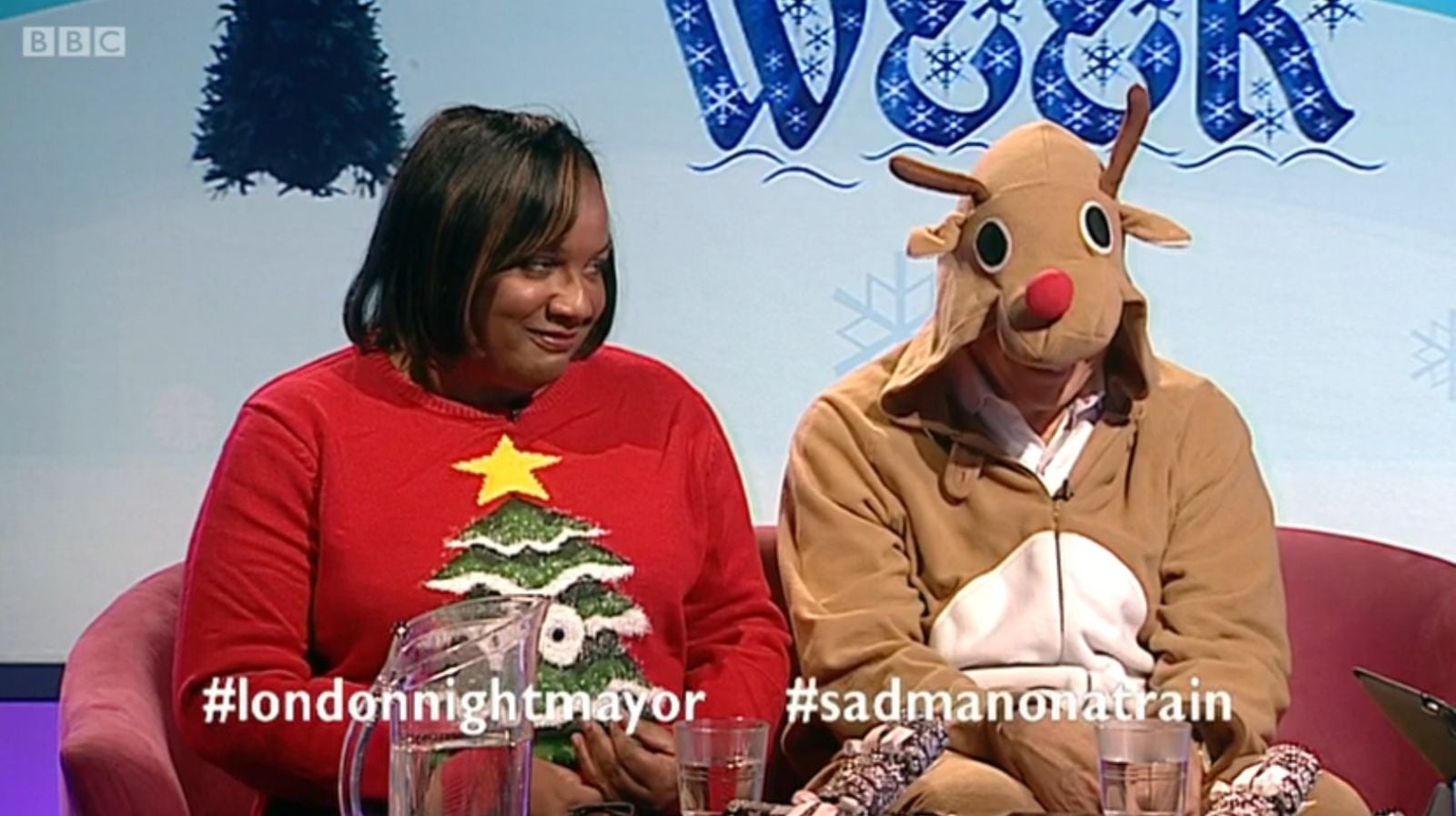 A dog (for some reason)! 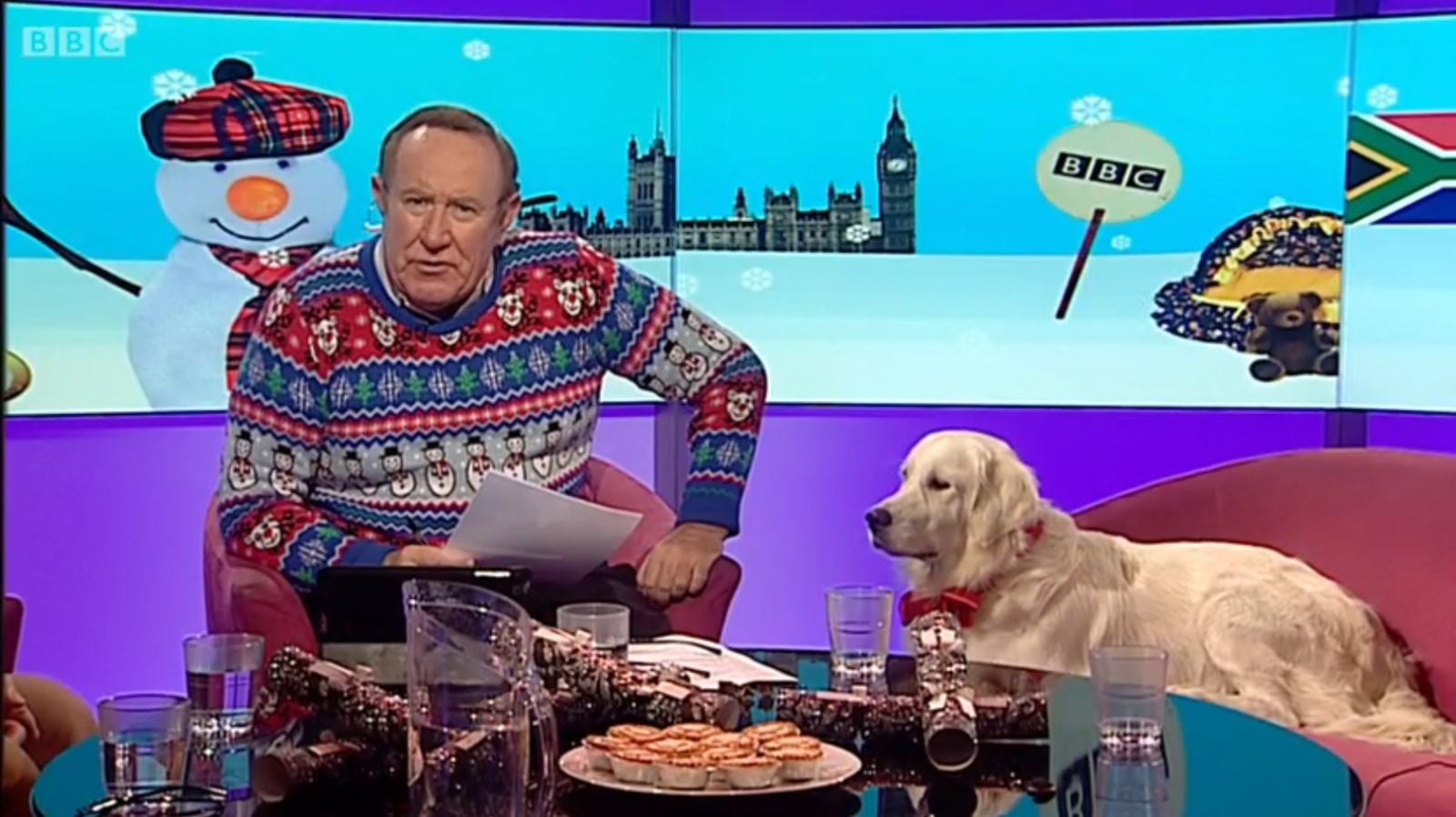 That dog’s face says it all. Buzzfeed’s Jim Waterson is right about the real “Portillo moment”:

So @bbcthisweek nailed its “Westminster on cheap drugs” feel with this shot. Man on right was almost Prime Minister: http://t.co/r8IGQ6XT3j

It’s not quite the pre-Olympic rave end-credits scene from 2011, but it’s not far off: