London is one of the greatest cities on earth. The London 2012 Olympic and Paralympic Games showed London at its best. The Games were, for many Londoners, the proudest moment in recent British history. London is a diverse, dynamic and youthful city, with a vibrant community and an impressive arts and cultural scene.

But like many large cities worldwide, London has its share of problems – overcrowding, child poverty, unemployment and homelessness – to name a few. Poverty and inequality are growing. The jobless rate in my constituency, Bethnal Green and Bow, remains among the highest in the country, and many are struggling to make ends meet. The cost of living crisis is leaving many Londoners behind and our booming population is putting unprecedented strain on our transport and infrastructure.

It will take bold and decisive action to tackle these problems to build a better city over the next decade. In his new book, Our London, published by the Fabian Society, Labour’s shadow London minister, Sadiq Khan MP, sets out ambitious and exciting ideas for how Labour can make the capital a better city for Londoners.

It’s encouraging to read about innovative ideas for London’s future. Our mayoral system means that elections disappointingly look more like a beauty pageant than a battle of competing visions for our city. With consecutive elections for London councils, Westminster and the mayoralty over the next three years, Labour must ensure this does not happen again. 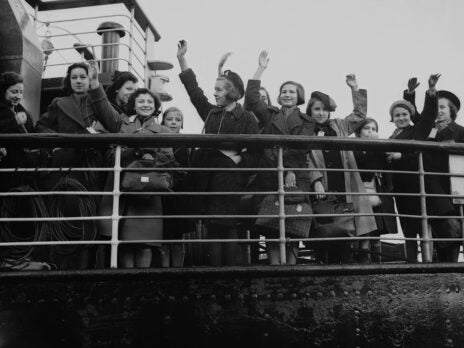 Sadiq has brought together leading experts including Andrew Adonis on transport, Doreen Lawrence on equality, Jenny Jones on the environment and Tony Travers on the powers of London Government to get to the heart of the major challenges that London faces. It is refreshing to see a leading politician encouraging debate on a crucial issue that affects the lives of some eight million Londoners.

This book contains many interesting ideas. A London minimum wage to match our higher cost of living; free school meals for all children; more powers and financial freedom devolved from Whitehall to City Hall and Town Halls; restarting the’‘London Challenge’ to make all our schools outstanding (something which along with exceptional leadership by teachers saw record improvement of schools in my borough over the past decade); strategic planning for the NHS across London; and a new infrastructure programme to build more roads, bridges, tunnels and train lines.

I am delighted that in his foreword for the book, Ed Miliband says that Labour will consider these ideas as we plan our manifesto for 2015; if even just a few of these ideas are picked up, it could vastly improve the lives of millions of Londoners.

As an MP for a London constituency which has high levels of inequality and deprivation, Sadiq’s chapter in which he outlines our plans to tackle London’s housing crisis is particularly striking.  Week in week out, I meet people who have to live at home well into their thirties and even forties. Overcrowding occurs at a distressing level. Buying a house in London is increasingly an unaffordable dream for all but the wealthiest. Sadiq’s plans to make renting more affordable and secure and improve standards in the rented sector could radically change lives in my constituency and would put ‘affordable housing’ back into the reach of ordinary Londoners.

Our London is a must read for everyone concerned about our capital’s future. It shows that Labour is most powerful when encouraging debate rather than closing it down. It shows that we can achieve more change when working together. It shows that we can be ambitious for the scale of change we want to achieve, even during a time of tightened finances. I hope that this book does kick-start a conversation about the future of our city. London can and must do better than it is and we must all work to ensure it doesn’t become a divided city that squeezes out most people from the city apart from the wealthy.

Our London is edited by Sadiq Khan and published by the Fabian Society. You can download a copy here.