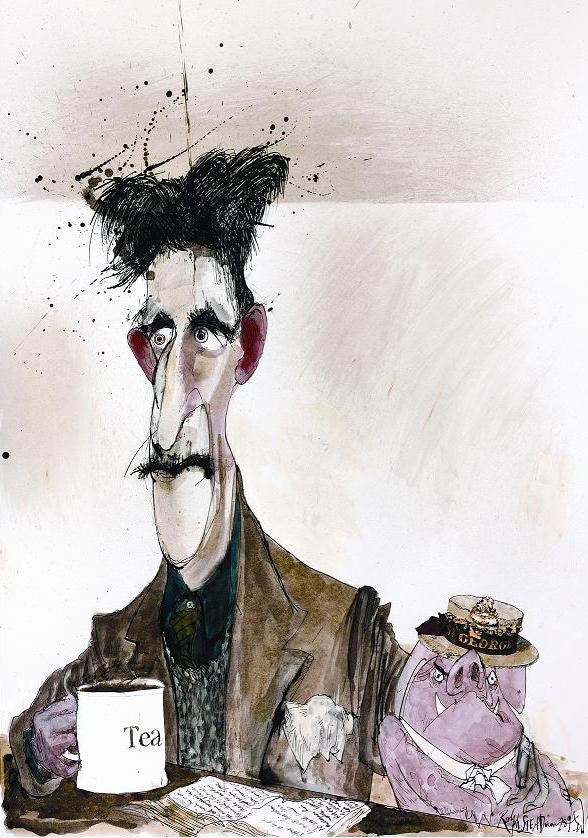 Journalism is rarely confused with literature and news reports that rank as great journalism usually do so more for the quality of the story than for the writing. Those of us who make our living filing copy against ever-tighter deadlines often have to be satisfied with getting all the facts into a sensible order, with words in between them that make sense.

So perhaps it’s unfair that I’ve written a book that questions some of those words. For much of the past year, I have been collecting the phrases seen only in news reports, or those that carry quite a different meaning from the one on the surface. These include phrases such as “potentially fatal” (meaning: not actually fatal in this case), “arcane rules” (regulations we don’t understand) and “senior backbencher” (backbencher who returned our call) as well as clichés such as “chilling foretaste”, “lethal cocktail” and “crunch talks”.

Some newspaper reporters have taken the journalese project slightly personally. “I feel guilty every time I write a story, thanks to you,” one remarked to me recently. That wasn’t my intention and I could never have got such a long list so quickly without the enthusiastic support of other hacks.

Indeed, people’s general delight when I describe my journalese collection shows that, for many, these words are beloved friends. Who can read about “red-faced council chiefs”, “booze-fuelled rampages” (which often turn into “nights of shame”) or “two-timing love rats” without smiling?

And yet, as George Orwell knew, the words we use shape the way we think. It matters that politicians know any adjustment in policy will be written up as a “humiliating retreat”. In April this year, I was in the room when Vince Cable was asked whether he agreed with the man next to him that the pop band One Direction were paid too much. The then 69-year-old Business Secretary was unaware of the “teen pop sensations” and thought the question was about “one director”. As the man next to him was the head of the Institute of Directors, he believed he would be on fairly safe ground agreeing with him. As soon as the press conference ended, Cable’s error was explained to him and he gave an interview correcting his earlier words.

It was very funny but was it fair for newspapers to describe this as a “U-turn”? On the big question of executive pay, Cable’s view was unaltered, as was his absence of views on the smaller question of boy-band compensation.

My worry with journalese is that lazy writing goes with lazy thought. If all we write about are “cabinet rifts” (two adults disagree on the solution to a complex problem – always mention that their departments are on a “collision course”) and ministerial “slapdowns” (a politician we like has been rude about a politician we dislike), we risk missing bigger stories.

The political commentator Steve Richards argued in a BBC Radio 4 documentary this year that many of the “news judgements” made at papers come down to: “We write about this because we’ve always written about this.” We give house fires more prominence than housing policy. There’s a parallel point about the words we use. We write in journalese because that’s what the newspapers were written in when we were growing up.

Most of the strongest newspaper stories are free from journalese – they tell themselves. Journalese is like a poker player’s tell: it shows that the reporter knows the story is flimsy and he or she is trying to make it appear more solid.

So while I don’t want to make life difficult for fellow journalists and though I continue to love journalese, it may not be such a bad thing if reporters were slightly more reluctant to write that someone had “fleshed out” a policy (repeated the policy but with one new detail) in a “keynote speech”. (When I asked a Downing Street aide why all speeches were described this way, he said, “You lot won’t come otherwise.”)

Some things won’t change. Political scandals will continue to have ministers going from “defiant” to “embattled” to “beleaguered” to “shamed” (or, if an inquiry finds against them, “disgraced”). Yet I would like to see numbers move at speeds other than those of a “skyrocket” or a “plunge”. And perhaps we can find new ways for parties to adjust their political position, other than simply a “lurch to the left” or a “drift to the right”.

To those reporters left feeling guilty by the list of journalese, I suggest that they adopt the view of another “newsman”, who grabbed my book with delight and said: “Great! Is there a place where we can tick the words off when we’ve used them?”

Robert Hutton is the UK political correspondent for Bloomberg News. His book on journalese, “Romps, Tots and Boffins: the Strange Language of News”, is published by Elliott & Thompson (£9.99)