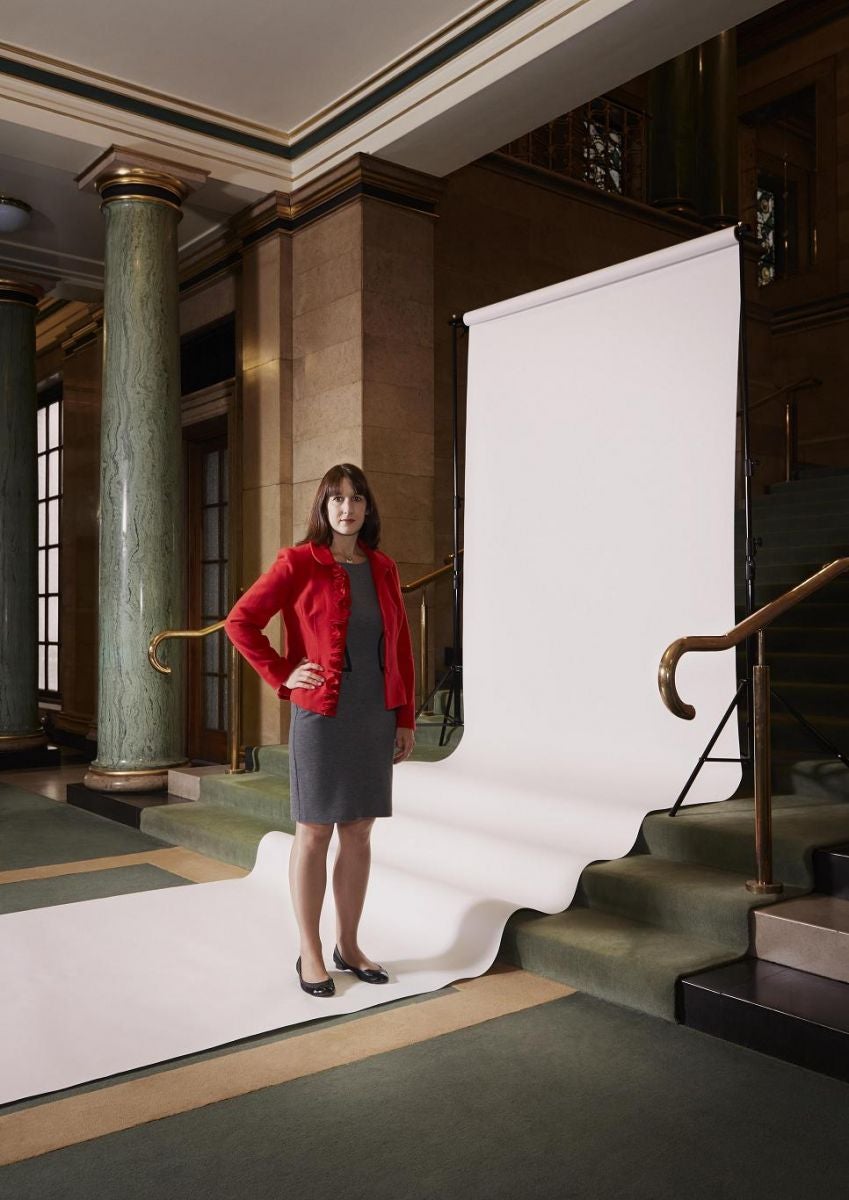 More fight than meets the eye: “I don’t mind being serious,” says Reeves.
“I am quite serious”.
Portrait by Felicity McCabe for the New Statesman

On the outside, it is a picture of suburban prosperity – one in a row of semi-detached, Edwardian houses. Inside, the illusion of middle-class security dissolves. The family asks not to be named. The father just found a second job. He drives a delivery van from first thing in the morning to mid-afternoon. Now he will also deliver pizzas in the evening. The best part, says his wife, is that unlike previous jobs this one involves a proper contract. It isn’t agency work, which means the bank will recognise the salary as a stable income and perhaps agree to renegotiate their mortgage.

For the past three years, they have been relying on help from extended family to stay in their home. They have a son in junior school and a daughter studying for her A-levels. She helps out by doing weekend shifts at McDonald’s for £4.35 per hour. She has also joined the local Labour Party, which is how it came about that Rachel Reeves is drinking tea in the front room of this house in Grays in Essex, hearing the family’s story.

“I look at her and think of what I was like 17 years ago,” Reeves says afterwards of the eager teenage recruit. The shadow chief secretary to the Treasury also joined Labour when she was at school. John Major was prime minister and the economy was in recession. “I just felt that the government didn’t care about people like me or places like the place I lived.” She describes becoming politicised in the comprehensive school she attended, Cator Park in Bromley, south London. The sixth-form classrooms were prefab huts; there weren’t enough textbooks to go around. Friends who left school early went on youth training schemes with no jobs at the end of them. “That’s what exercised me and still motivates me, the sense of unfairness. If you come from a privileged background where there’s a lot of money, you have so many more opportunities than if you come from a low-income family.” A former teacher from the school remembers the young Rachel as “a bright, hard-working” pupil: “She must have been very good because not many people got to Oxford from Cator Park.”

Reeves’s parents, both teachers, were Labour voters but not members. Her mum finally joined the party in 2010, the year that she was elected to parliament. Reeves was promptly promoted to the shadow cabinet and is now, at 34, one of the most significant figures in the campaign to persuade Britain that it wants a Labour government. While Ed Balls, the shadow chancellor, is locked in mortal combat with George Osborne over the strategic direction of the economy, it is Reeves who talks about the human cost of coalition policy: the pressures felt by ordinary British households, the low wages, rising prices, soaring energy and fuel bills, insecure agency work with no rights, no holidays, no sick pay.

Grays, in the parliamentary constituency of Thurrock, is the front line in that battle. Held by Jackie Doyle-Price of the Tories with a majority of just 92, it is the fifth most marginal seat in the country. On the train back to central London, Reeves reels off a list of things the coalition has done to make lives harder for those Essex voters who could decide a general election – the cuts to tax credits, the VAT rise, the axing of services. Is Labour doing enough, I wonder, to persuade people that things would be so different under a Miliband government? Reeves goes through the menu of things the Labour leader has pledged to ease the burden: a cap on rail fares; tougher regulation of energy companies; cracking down on the abuse of zero-hour contracts that bind workers to an employer with no guarantee of wages.

Meanwhile, the economy has started growing again. The Conservatives are confident that they can claim vindication for their austerity policies. Opinion polls show that Labour is still blamed for the downturn and not trusted to run the economy. “Of course it’s welcome that GDP numbers have turned positive,” Reeves says. “But people aren’t voting on headline figures, they’re voting on what’s happening to them and their families. And the idea that the jobs market is doing well, the idea that the economy is working for ordinary families – it rings hollow.”

That assertion is central to Labour’s general election campaign. The Tories will be portrayed as complacent stewards of a false recovery, handing wealth and opportunity to those who have it already and abandoning those who need help the most. The coalition parties recognise their vulnerability to that charge and a race is on to find policies that will advertise compassion for people feeling oppressed by the cost of living. The median annual salary in Britain is roughly £21,300, which is £3,300 below its peak in 2005-2006. Over the same period inflation has hovered around 3 per cent, with the effect that most people have felt their spending power slump. If that doesn’t start to improve, it will be hard for the Tories to boast of mending the economy.

“It’s clear that living standards will tower over the 2015 election,” says Gavin Kelly, the chief executive of the Resolution Foundation, the leading think tank studying Britain’s low-wage economy. “The politics of it will in part come down to a brutal blame-game about who is most responsible for the big squeeze that has dominated this parliament. But just as important will be whether any of the parties are capable of convincing a sceptical public that they have credible policies that will make a significant difference to household incomes. That hasn’t happened yet.”

A recent opinion poll for Resolution found that 51 per cent of voters would be more likely to support a party if they felt it had a plan for improving living standards. Yet roughly 40 per cent think none of the main parties has any good ideas in that regard.

To shift those numbers in Labour’s favour, Reeves tours the TV studios, diligently holding the line on the economy. It is not always the most rewarding part of the job. When we meet at her Westminster office a week after the trip to Grays, a lavish bouquet of flowers arrives during our conversation. It is a penitent gesture from Ian Katz, the editor of Newsnight, who the previous night had accidentally made public a private message on Twitter in which he described Reeves as “boring snoring” for her exposition of party policy on zero-hour contracts.

Less than a day has passed and already a media feeding frenzy is gathering pace. “Urgh. I don’t really have a comment, to be honest,” says Reeves, clearly wounded and exasperated when I ask what she makes of it all. “They invited me on to talk about the economy. They asked me about zero-hour contracts. I think that’s really important . . . It’s not exciting, but it matters. I know I’m supposed to make some flippant throwaway remark to show how chilled out I am about it all. But I don’t mind being serious about it. I am quite serious.”

Reeves had been back at work only a week after six months on maternity leave. This is not how she envisaged her return to the front line, but politics demands a thick skin. She is not squeamish about the ferocity of Westminster combat – so long as it is policy, not personality, at stake. “I’m not one of these people who think we should all sit down and hold hands and try to agree with each other,” she says. “I think there’s something to be said for sitting opposite each other, having a proper debate and sometimes shouting a bit at each other and heckling. If you can’t stomach that, then you probably shouldn’t be in this business.”

There is more fight in Reeves than meets the eye, but it is a tightly controlled pugnacity. It comes as no surprise to discover that she is an accomplished chess player, having competed at national level into her early teens. She now supports a charity that spreads the game in state schools. She proudly shows off a shot of her at the board taking advice from Garry Kasparov. Chess terminology is often plundered for political metaphors and I wonder what the game has done for her politics.

It helps with concentration, she says. “And looking ahead, working out your opponent’s next move.” It helps with making decisions under pressure. “With an extra half an hour, maybe you could come up with a better move, but you have to weigh up how much time you’ve got on the clock.” 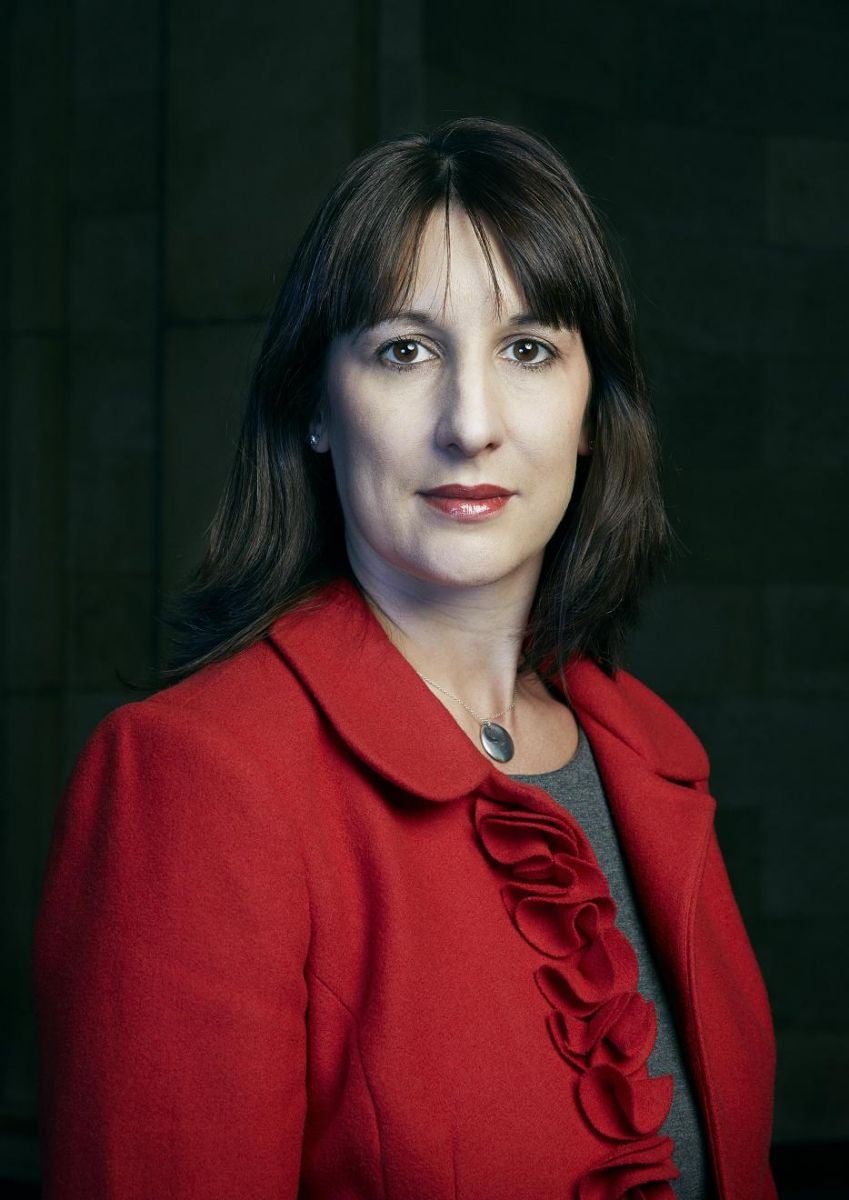 It seems an apposite way back to our discussion of the economy. Isn’t Labour running out of time to start winning some of those big arguments? Reeves doesn’t deny the scale of the task. For the first time her voice, studiously modulated most of the time to guard against emotion, acquires a quaver of urgency. “I know we’ve got to cut through. I know we’ve got to win back the support of people that we lost. I know we’ve got to do all of those things. I think we are moving in the right direction. Under Ed’s leadership we are doing those things, but we’ve got to work harder and we’ve got to do more.” It is at least a partial admission that Labour’s plans for retaking power in 2015 are not proceeding with mechanical efficiency.

Part of the problem, I suggest, is that the opposition has spent three years arguing that austerity is the wrong economic prescription for the country and yet now it must build a political strategy on the assumption that cuts are unavoidable. Is Labour marooned between saying it hates coalition cuts and then saying it can’t reverse them?

It is a familiar argument – the opposition can indicate its general priorities now, but 20 months before an election it would be unwise to commit to a manifesto. What I haven’t heard before is the candid acknowledgement that follows of why pledging to repeal hated coalition cuts would be such a mistake. The reason is fear of leaving policy hostages that would be slaughtered by the Tory attack machine. “As shadow chief secretary I also know we can’t make promises we can’t keep. It’s important that we make sure everything adds up, everything stacks up. Otherwise we’re going to be ripped apart by the Tories in a general election campaign.”

That position is a compromise between Rachel Reeves, the angry young woman who joined the Labour Party in fury at Thatcher’s legacy, and Rachel Reeves, the studious chess player who wants to be sure the defence is solid before going on the attack. “It is important that we are credible as well as fair. People want to know that we’ve got hearts, but that we’ve got heads as well.”

Rachel Reeves will be in conversation with the New Statesman in partnership with Santander on Monday the 23rd September at 19:00 in the Thistle Hotel Brighton.