Nigel Farage is one of the most assured media performers in British politics, so it’s worth noting a rare slip by the UKIP leader. After the party was forced to expel a county council candidate who turned out to be a former BNP activist, Farage admitted on The World At One that it lacked the resources to properly vet all of the 1,734 candidates it is standing in next Thursday’s elections.

He told the programme:

When it comes to the general election and the European elections we have put in place a very rigorous testing procedure … I’ll be honest with you, we don’t have the party apparatus to fully vet 1,700 people.

Farage said that UKIP made all of its candidates sign a declaration form stating that they had never been a member of the BNP, but then added: 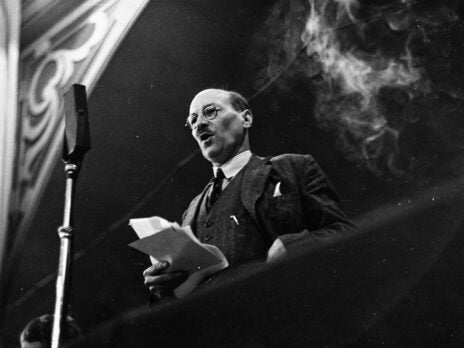 I have no doubt that among these 1,700 one or two will have slipped through the net that we’d rather not have had.

It is hard to think of a greater gift to UKIP’s political opponents. By voting for the party are you inadvertently supporting a racist or a fascist? Don’t ask Nigel Farage, he can’t tell you.

Update: With impeccable timing, here’s one candidate who appears to have “slipped through the net”. Anna-Marie Crampton, who is standing for the party in Crowborough, East Sussex and was photographed with Farage two weeks ago, wrote on the website Secrets of The Fed that the Second World War was began by “Zionist jews” as part of a masterplan to create the state of Israel. She said:

The Second World Wide War was engineered by the Zionist jews and financed by the banksters to make the general public all over the world to feel so guilty and outraged by the Holocaust that a treaty would be signed to create the State of Israel as we know it today.

The Rothschilds are Zionists..there is a difference between Jews and Zionists. These Psychopaths hide behind and use the Jews.

It was thanks to them that 6 million Jews were murdered in the War (along with 26 million Russians!).