Public library closures are arguably the hallmark of the Coalition’s austerity programme – at the end of 2012 the Chartered Institute of Public Finance and Accountancy reported that around 350 libraries (out of just over 4,000 nationwide) had closed in the last two years. Some say that by accepting a lease Friern Barnet Community Library has effectively acknowledged Barnet Council’s case for closure and staff cuts. The Chartered Institute of Library and Information Professionals (CILIP) report A Changing Landscape: A Survey of Public Library Authorities in England, Wales, Northern Ireland 2012-13 showed that local authorities were reducing staff and cutting opening hours. They also noted an increase in community managed libraries, which are set to top 120 nationwide, of which Friern Barnet will be one. The Library Campaign by contrast promotes the “improvement of libraries through the activities of friends and user groups” and seeks to “affirm that publicly funded libraries and information services continue to play a key role in lifelong learning”. Have residents won a Pyrrhic victory?

In Friern Barnet, a north London suburb, the library had stood since 1934. A purpose built red brick and limestone structure this building incorporated windows and ventilation blocks specifically designed for its use as a library. As with so many historic libraries up and down the country it is regarded as a beautiful part of the local townscape. This was threatened by Barnet Council’s plans to close the building and sell the site for redevelopment. Despite a vociferous local campaign it was closed in April 2012, leaving a forlorn back-drop to Diamond Jubilee celebrations and the Olympic Torch relay in the summer. Residents in the Save Friern Barnet Library group continued their campaign, including holding weekend pop-up libraries on the green outside. New impetus was added to their cause when activists from Occupy London moved-in in September 2012.

Despite the shameful number of empty homes in Britain residential squatting was criminalised in September 2012. It was therefore to the disdain of Barnet Conservatives that activists moved into the empty Friern Barnet Library a few days later (and also ironic as local Tory MP Mike Freer had campaigned against squatters after some had occupied Saif al-Islam Gaddafi’s mansion in his constituency). The activists quickly gained the support of residents, re-opening the building as Friern Barnet People’s Library. Maureen Ivens, Chairwoman of the Save Friern Barnet Library group, said of all the different groups that had come together “We are here as one”. 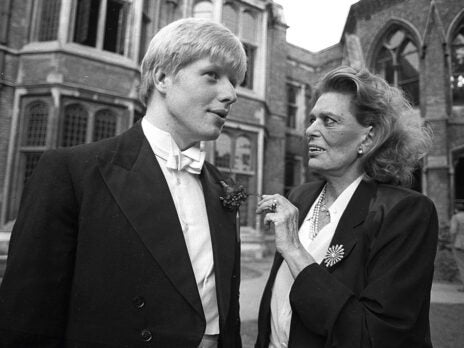 The campaign was re-invigorated, gaining national and international coverage. The library was arguably better than before. The hours were extended to six-days a week 11am till 7pm. Thousands of books donated by local residents filled the shelves. Regular events such as kids’ parties, live music, yoga and a talk by New Statesman columnist Will Self were put on, creating a genuine community space. However, Barnet Council would not let this continue and brought legal action for repossession.

The case came to court in December 2012, originally adjourned from October – a clear sign that the judge felt the two parties should reach a negotiated settlement. Technically the Council, as owners of the building, were in the right and were granted repossession. But the judge gave a clear direction that the Council should not send in the bailiffs immediately but should negotiate over the establishment of an officially sanctioned community library.

Hemmed in by the judicial decision, the almost contemporaneous listing of the library as a community asset under the Localism Act and the press coverage Barnet Council did indeed negotiate. A number of local residents hurriedly became trustees of the newly formed Friern Barnet Community Library, the group that is to take on a two-year lease from Barnet Council. The library will remain, a volunteer run service with limited public funding.

A local service and a beautiful building are (at least for the time being) saved. Residents and Occupy London stated that the People’s Library was only ever an emergency service organised as a protest; the volunteer service a stop-gap. Both wanted the library to be a publicly-funded professionally-run service. One of the occupiers, housing and squatting activist, Phoenix, stated: “We have collectively helped to save this library from the bulldozer and being sold off for development … we want to make it clear that putting in place a paid librarian is a priority. I believe consensus has been reached with the community on this point. As it stands, the funding offered by the council does not cover a full time librarian, but as the two year lease is negotiated and plans go forward, this will be kept at the front of the conversation.”

The previous public library, however, had limited hours and as its story shows was vulnerable to the Council’s machinations. The new service is to a large extent much better and has brought the community together. Sarah Sackman, the barrister who represented residents and the occupiers at the court case said about the campaign and re-opening “community is more than the market value of a building”.

Is this a victory for Tory cuts and the big society? Is the current situation a rebuff to the Conservatives – communitarianism in action? In this library, in society, in politics in general there is no final winner – only the latest settlement. Who knows how residents will step up to the plate to run the library or how councils will provide services in future. The Save Friern Barnet Library group have stated that they continue to call for the library “to be fully re-incorporated into Barnet’s library network”. Opposition Labour councillor Barry Rawlings said, at the re-opening, “this is the end of a chapter but not the end of the book”.