The UK government could learn a lot from New Zealand about how to sensibly control the proliferating supply of so-called “legal highs”, according to the All-Party Parliamentary Group for Drug Policy Reform.

While governments in Europe and the United States frantically ban substances to keep up with new synthetic drugs, lawmakers in New Zealand are using reason and a sensible legislative process to “to protect vulnerable consumers, particularly young people.”

Yet far from being another ham-fisted crackdown on drugs, the New Zealand proposal represents the first steps to a regulated market, which would require any new substances to go through a lengthy testing process before they could be approved for legal sale. 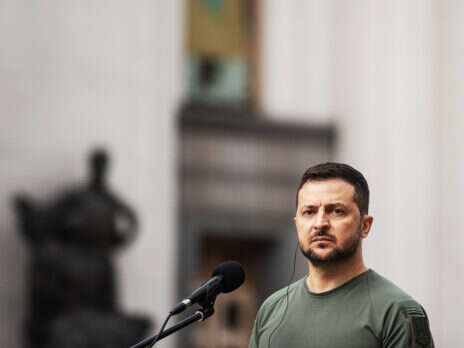 And there are strict penalties for attempts to bypass the law, which could go into effect later this year, including up to eight years in prison.

This is a monumental development for a number of reasons.

First, it has always been difficult to separate the impact of drugs from the impact of bad policies (as the peers group rightfully acknowledged). There is no doubt that so-called “legal highs” (sold as plant food, collector’s items or bath salts) can be very dangerous. But every time they are banned, new – even more hazardous – substitutes hit the market to take their place.

This creates a “Sorcerer’s Apprentice” situation where we find ourselves wishing we were only facing the original adversary. Consider that many synthetic substances in Europe are substitutes for cannabis. In 2011, the European Union officially notified 49 new psychoactive substances through its early warning system, 23 of which were synthetic cannabinoids.

While there are risks to using cannabis that should certainly be addressed, no-one is ever known to have suffered a fatal overdose on it and its health impacts are considerably better understood than its synthetic counterparts.

“Evidence presented here indicates that, paradoxically, the banning of one drug can make the situation worse by stimulating the production of yet more new, unknown and potentially dangerous substances,” the All-Party group writes.

Furthermore, one very serious danger of current policies on synthetic substances is that their main purpose for being is to evade accountability. As it stands, legal highs – though often using banned components – exist in a grey area. As various pieces of legislation scramble to control them, various substances often remain unregulated, unknown and out of control. No one knows their impacts and the only way to find out is by hard, sometimes deadly, experience.

And once the system takes control – via criminal sanctions – the process begins again with newer more enigmatic substances emerging.

“Each new substance may be more harmful than the substance it replaces,” the report adds. “But more than anything, young people are taking substances whose content and strength are unknown to them. The risks of harm/overdose must be greater than for well established substances.”

Which leads us to the most important factor in this new policy — it may actually tell us something about prohibition in general.

In 2008, the United Nations Office on Drugs and Crime discussed unintended consequences of the current control system. One was referred to as “substance displacement” – which is to say, “If the use of one drug was controlled, by reducing either supply or demand, suppliers and users moved on to another drug with similar psychoactive effects, but less stringent controls … The increasing popularity of synthetic drugs can be better understood also in this light.”

This comes very close to acknowledging that potentially harmful legal highs are a byproduct of prohibition.

Existing drug policies are generally rooted in the false assumption that if you make something illegal, people won’t use it and hence they will be protected from its harms. In the end, the exact opposite tends to be true because once something is illegal, the standard policy levers of government are out of reach.

Might we the UK also be better served by begin regulatory processes to understand the drugs that people are taking and developing policies that address their relative risks?

That is precisely what New Zealand has started doing. It’s worth a closer look.