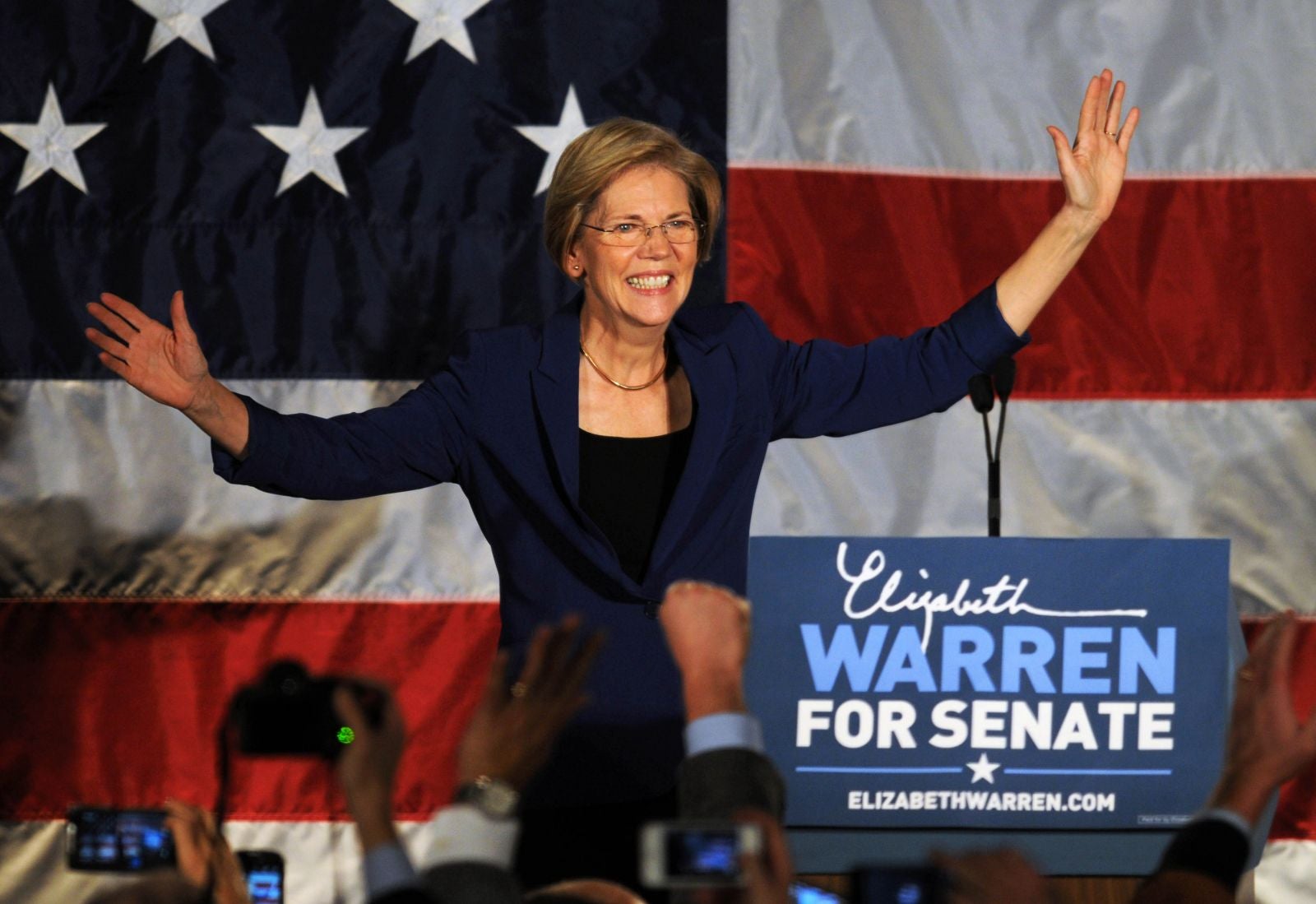 The bankruptcy law expert, consumer rights advocate, Harvard Law School professor and grandmother defeated incumbent Scott Brown to become the first woman to represent Massachusetts in the Senate. A win for everyone who believes that someone with a huge depth of knowledge and experience should be involved in making laws.

Beaten in the Missouri Senate race by incumbent Claire McAskill. Akin was abandoned by his party after he said in August that “if it’s a legitimate rape, the female body has ways to try to shut that whole thing down.” Actually:

Oh, Todd Akin. Turns out that if you’re legitimately stupid, the voters have ways of shutting that whole thing down. 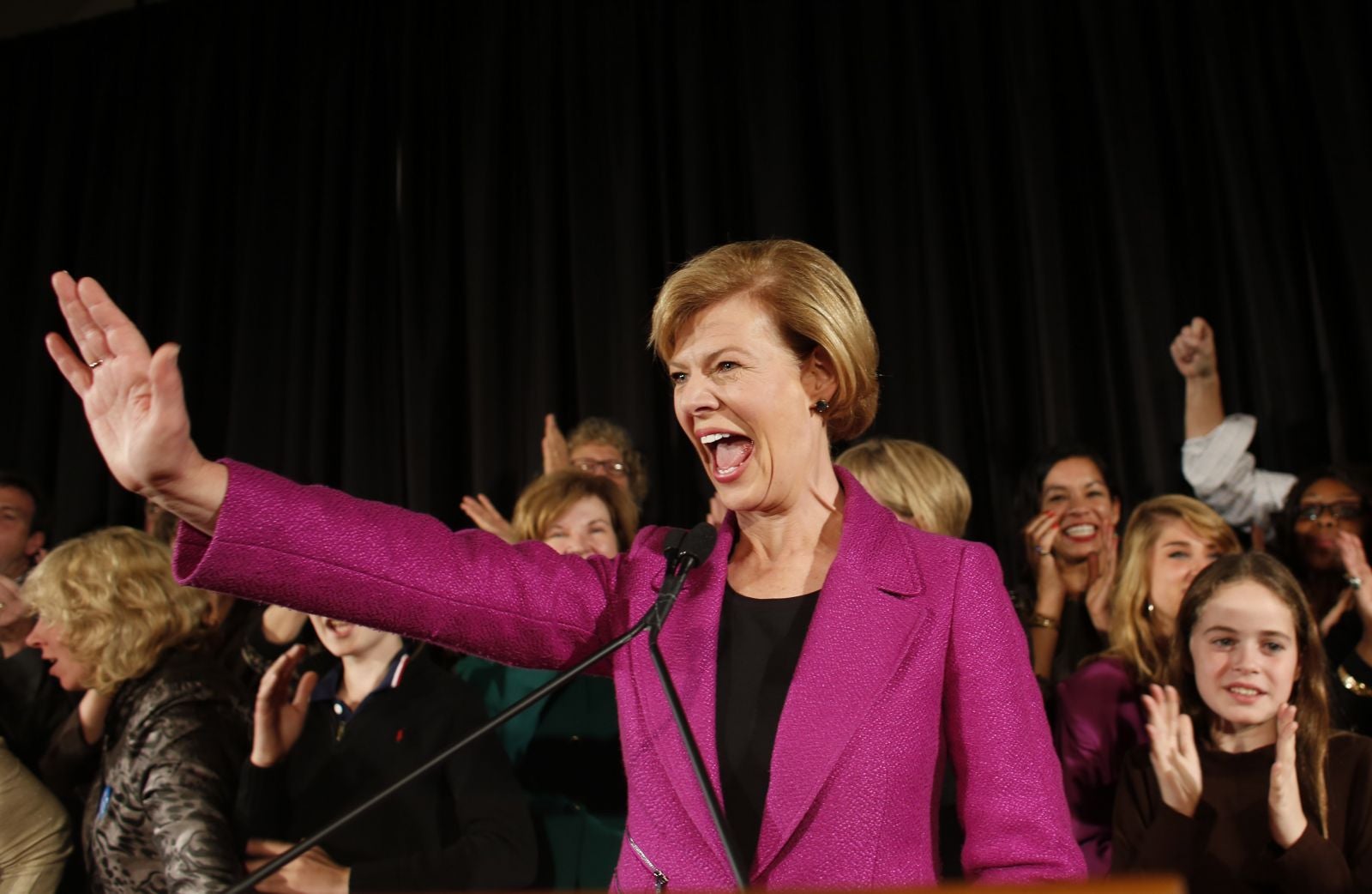 Narrowly defeated Republican Tommy Thompson in Wisconsin to become the US’s first openly gay senator. After her victory, she said:

The two states voted to legalise marijuana – in Colorado it will be available to anyone over the age of 21 and regulated in a similar way to alcohol and tobacco. As the Economist reports, studies show that “Mexico’s traffickers would lose about $1.4 billion of their $2 billion revenues from marijuana” as a result of the legalisation.

The Telegraph and New Statesman pundit Dan Hodges correctly called the election for Obama before anyone else in the British press dared to (at about 2am) thus exorcising the memory of his “David Miliband has won the Labour leadership contest” call in 2010.

The following Twitter exchange sums it up pretty well:

@dpjhodges what I recommend, Dan: stick Stayin’ Alive on full volume and strut around your lounge. Let that GOD I WAS SO RIGHT feeling out

The New York Times‘s resident number-cruncher called every single state correctly. Via @cosentino on Twitter, here’s how the actual result and Silver’s predictions side by side:

His predictions might be uncanny, but that’s because Silver’s a probably a witch. (Although we are intrigued to know what happens to him now – does the NYT power him down and put him in a display case in the lobby until the midterms?)

The magazine Mother Jones and the website Buzzfeed, in their different ways, completely rewrote the book on how to cover an election. Mother Jones’s mega-scoop of the 47 per cent video, for instance, or Buzzfeed’s article “Donald Trump’s Kids Love Killing Animals”, just for starters. As Helen wrote in the magazine a few weeks ago:

You may not have heard of Mother Jones, but if you follow American politics, then you’ll have seen the fallout from its scoop. Addressing supporters, the presidential hopeful Mitt Romney said: “There are 47 per cent who are with [Obama], who are dependent on government, who believe they are victims” and who would “vote for him no matter what”. Mother Jones’s Washington bureau chief, David Corn, found the video online and beat the Huffington Post’s Ryan Grim to track down its owner and verify its contents.

It brought more than two million visitors to the magazine’s website in the first 12 hours of the story – double the number it would normally get in a month. Not bad for a tiny, independent magazine that has been declared dead several times – particularly when it was up against the HuffPo, which has the full corporate financial power of AOL behind it. 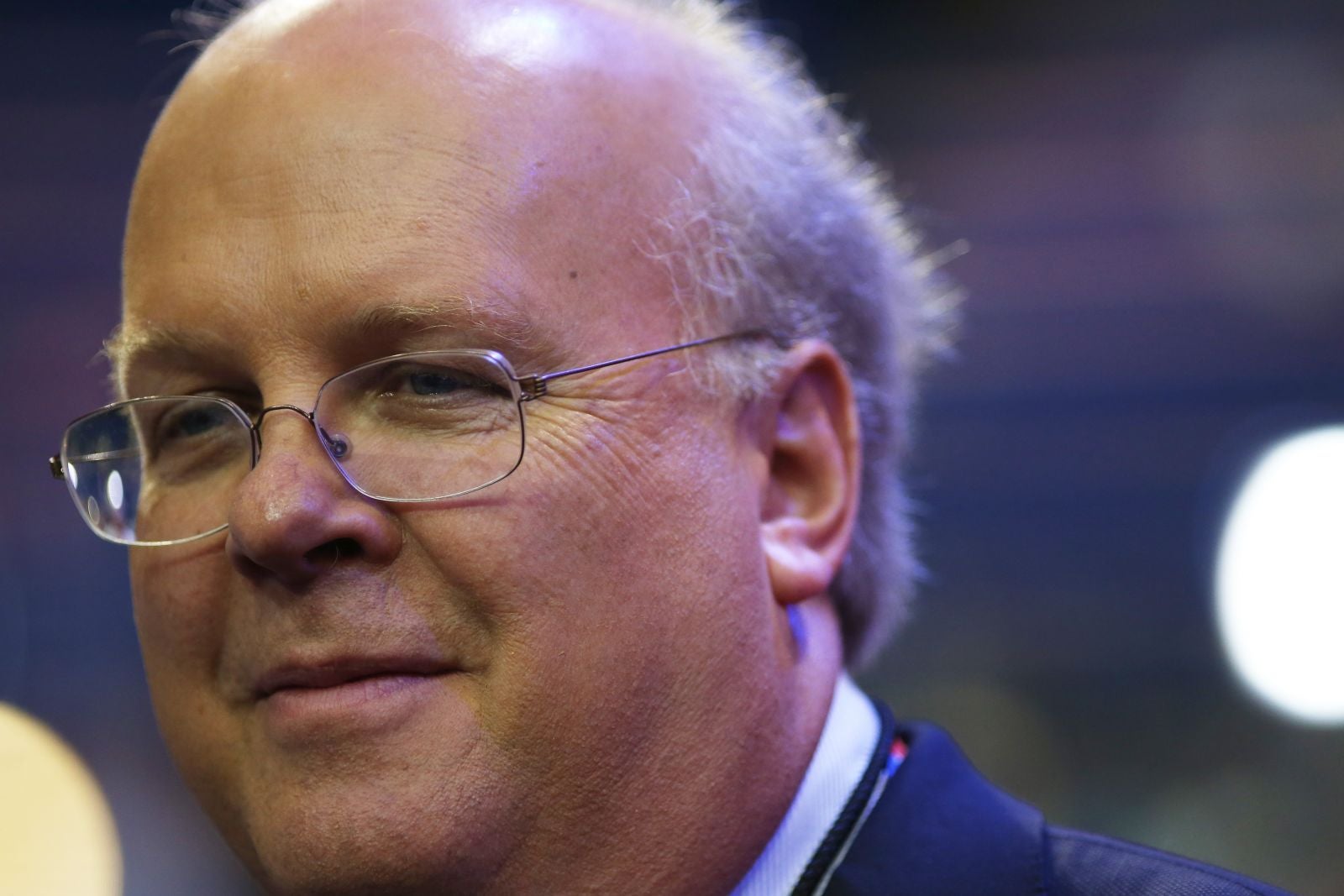 Got in a fight with Fox News last night after they called Ohio for Obama, calling it “premature”. You can understand why he was so upset – he did pour a vast amount of money and effort into supporting Romney…

Not only did Paul Ryan not become vice-president last night, he also now has to live with the fact that this is all he will ever be remembered for (those guns should be illegal!) 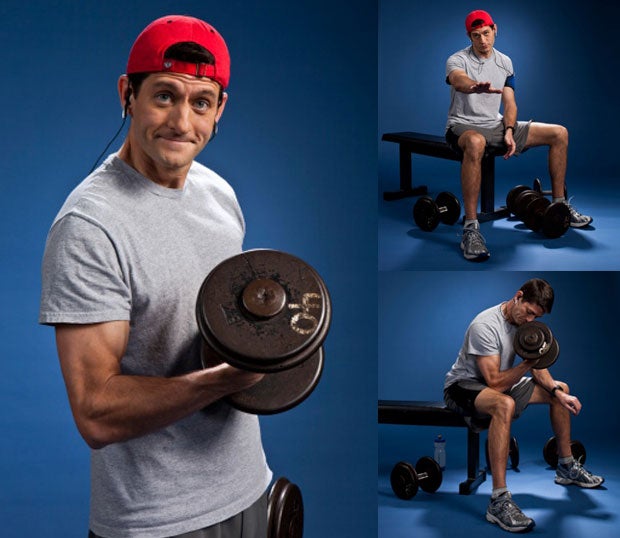 Well, that, and not being any good at economics.

Look at the quiet despair on their faces as it became clear that Obama had won: 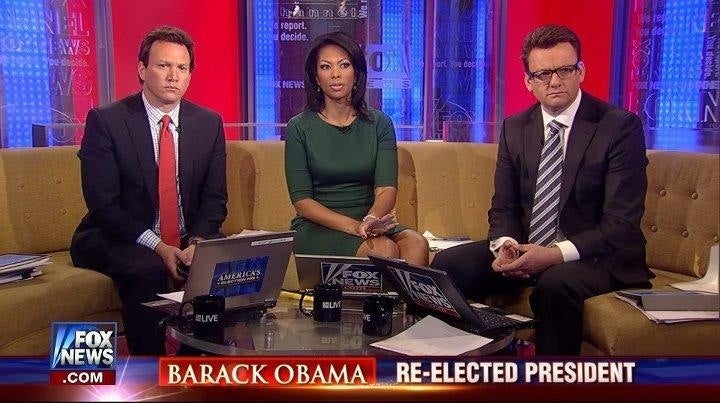 Benjamin Netanyahu, who despite putting a brave face on it and congratulating Obama, will surely be annoyed.

Maine and Maryland became the first states to approve equal marriage legislation by popular vote. This makes the east coast states the seventh and eighth states to allow same-sex couples to marry, while campaigners are hailing the vote as a turning point in attitudes towards gay people.

Although it got a reference in Obama’s acceptance speech, until Michael Bloomberg’s intervention after Hurricane Sandy, the phrase had barely passed the candidates’ lips during the campaign.

Democrat victories, especially in Senate races (see Elizabeth Warren and Tammy Baldwin, above) have hopefully put the final nail in the coffin of the idea that the GOP needs the Tea Party in order to be electorally successful. Fingers crossed that, after a period of soul-searching, moderate Republicans are able to reassert themselves over candidate selection processes. Although that might be a bit hopeful – the 2010 midterms didn’t deliver the Tea Party landslide it was supposed to either, and it didn’t seem to dent their confidence one bit… 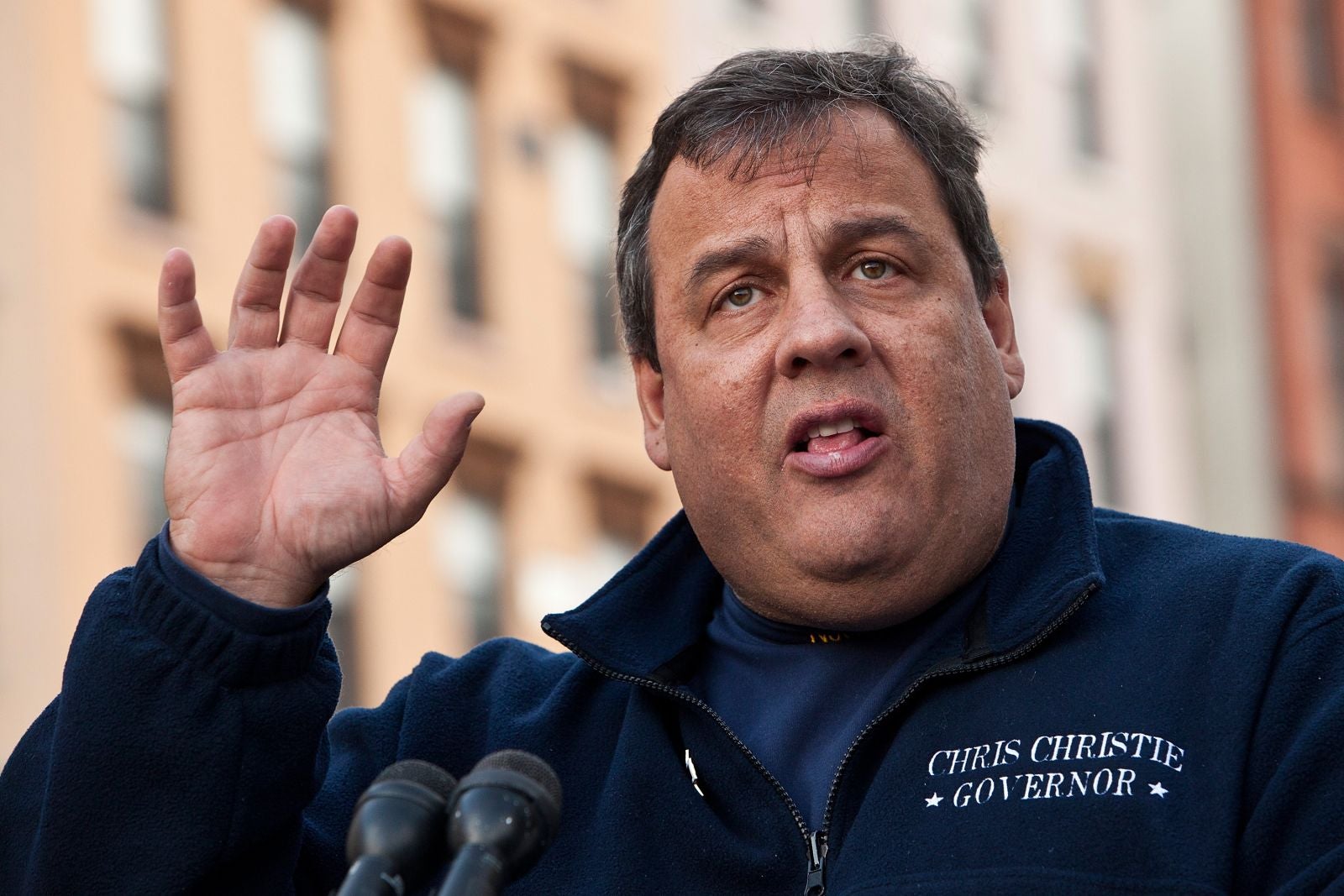 Chris Christie, the governor of New Jersey. His non-partisan and statesman-like handling of the Superstorm Sandy aftermath won him many plaudits, although his praise for Barack Obama endeared him a bit less to his own party – some outlets even went as far as to say Christie had “endorsed” the Democrat candidate. As the GOP licks its wounds, expect much speculation about whether Christie might run his own race in 2016. Especially, as Ezra Klein argues, he’s definitely not too fat to be president.

Telegraph columnist and blogger Janet Daley, who just at the moment when the world was coming round to the fact that Obama had pretty much got it in the bag, “got off the fence” and called it for Romney: 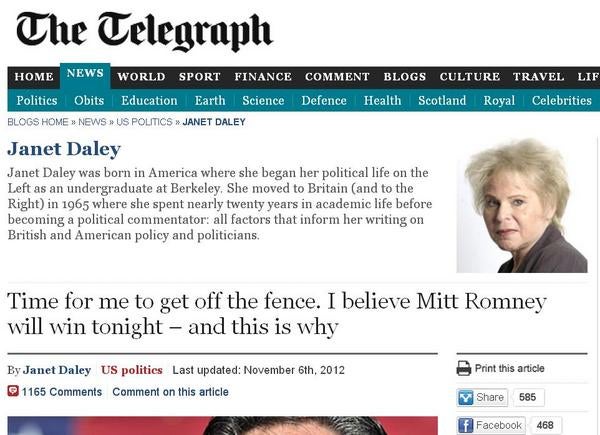 With hindsight, the fence might have been a safer bet, Janet.

New Statesman Deputy Chief Sub-Editor Tom Calvocoressi. A tiny tiny part of him was hoping Romney might just squeak it, so he could deploy his brilliant pun-headline: “The Mormon Conquest”.

In the wake of the Citizens United ruling at the Supreme Court (remember “corporations are people”?), many liberals worried that the election would be “bought” by billionaire donors. But the savvy micro-targeting (and sheer gusto) of Obama’s money-raising machine proved them wrong.

This isn’t the last we’ll hear about Super PACs – the “political action committees” set up to fund candidates “independently” of them – so it’s a good time to learn what they are. Comedy Central’s Stephen Colbert has been trying to edutain people about them all election, setting up his own. Its slogan is Making A Better Tomorrow, Tomorrow.

Here’s a video explaining them:

And here’s a picture of him in a fetching jumpsuit: 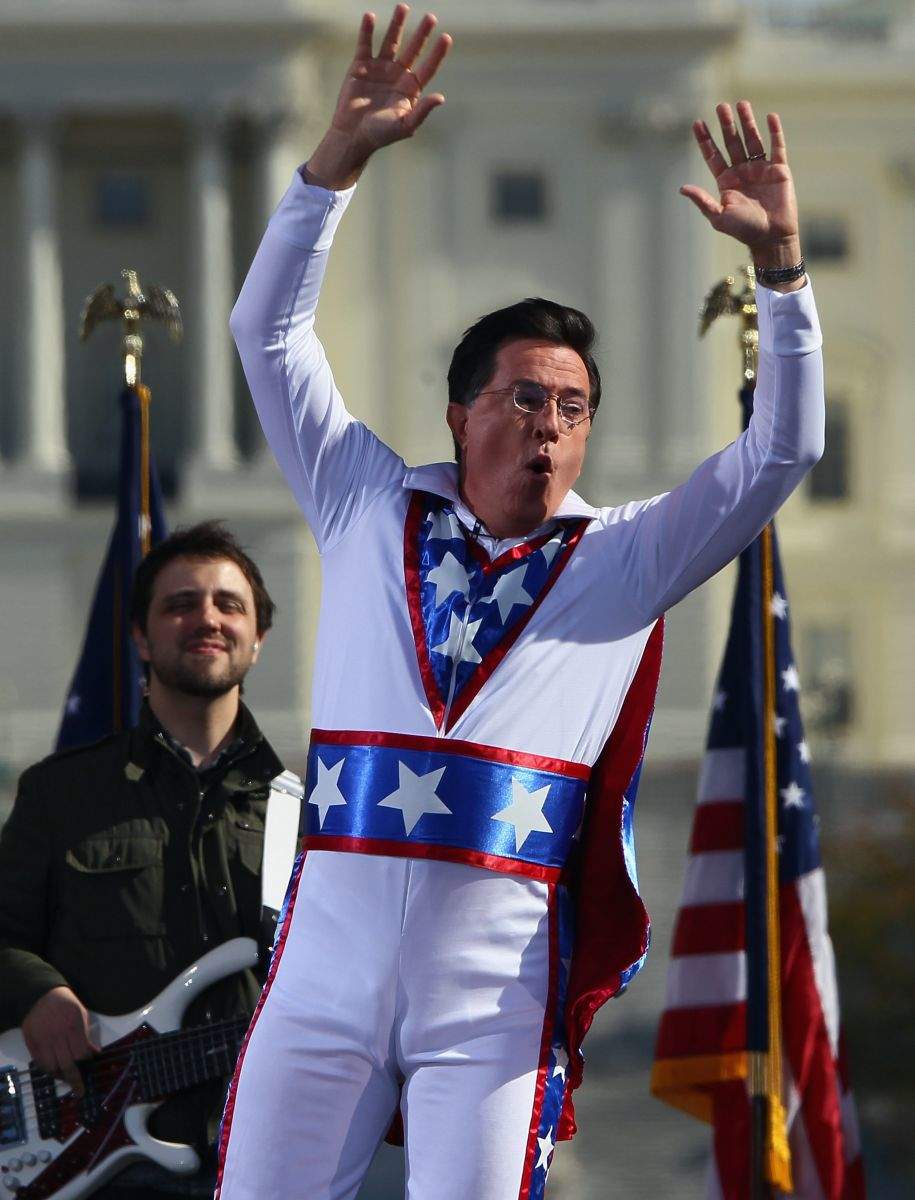 There wasn’t a dry eye in the house when Meatloaf joined Mitt Romney on stage. Nor an unclenched buttock: