The excellent Letters of Note blog has unearthed yet another fascinating missive – the exchange of letters in which David Ben-Gurion offered Albert Einstein the presidency of Israel. Here’s the letter containing Ben-Gurion’s offer: 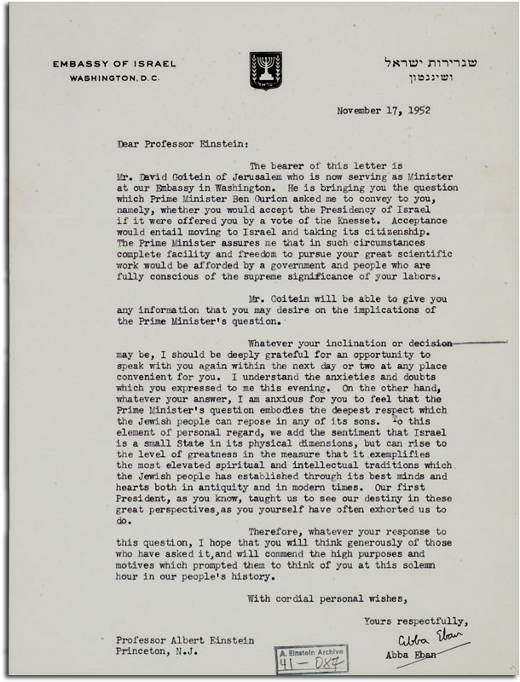 (You can read a transcript at Letters of Note)

Einstein responded, declining the office, citing his age, and saying that he felt he lacked “natural aptitude and the experience” to deal with people.

His closing remark is both extremely humble and extremely moving:

I am the more distressed over these circumstances because my relationship to the Jewish people has become my strongest human bond, ever since I became aware of our precarious situation among the nations of the world.

With conflict once again raging in the region, I can’t help wondering – how would history have been different if Albert Einstein had accepted the presidency of Israel?