Acid attacks in Pakistan have hit the news again, after the death of a 15-year-old girl in Pakistan-administered Kashmir. Anusha’s parents threw acid on her as punishment for “looking at a boy”. Two days later, she was dead.

Her story highlights, once again, the bleak situation for women in Pakistan, particularly in remote or uneducated areas, where they are viewed as second-class citizens. Acid attacks – which destroy lives in an instant – are made possible by the easy availability of acid as a cheap cleaning fluid, or for use in the cotton industry. Laws introduced last year set a minimum sentence of 14 years and a maximum of life for acid violence. In practice, however, this has been hampered by the dysfunctional legal system, and just 10 per cent of cases make it to court.

The issue of acid violence was brought to international attention by this year’s Oscar-winning documentary Saving Face. Several months ago, I interviewed one of the film’s directors, Sharmeen Obaid-Chinoy, for a piece that didn’t make it into the magazine at the time. Here it is.

The faces are tightly stretched, distorted. Eyes stare out of lidless sockets; dissolved cheeks are replaced by bulges of pink, shiny scar tissue. The stories differ in their detail but in essence, are the same: a sorry litany of male egotism. “My husband burned me. I was sleeping and he came inside and just threw acid on me. He didn’t want me anymore,” says one woman, her voice a dull monotone. Another says:  “I was thirteen years old at the time of the attack. My schoolteacher wanted to be with me but I refused and then he threw acid on me.”

Every year, many women in Pakistan are victims of brutal acid attacks. The Acid Survivors Foundation of Pakistan deals with over 100 cases a year, but estimates that the real number of people affected is far higher. These attacks – frequently linked to domestic violence or revenge by rejected men – are made possible by the easy availability of acid for use in the cotton industry.

The problem is the subject of the Oscar winning documentary, Saving Face, which follows two women, Zakia and Rukhsana, as they try to rebuild their lives. While it is a difficult subject to film – co-director Daniel Junge said that many of the worst victims were so disfigured they were not broadcast-able – it is not entirely bleak. The documentary shows British Pakistani doctor Mohammed Jawad providing reconstructive surgery, and during the course of the film, a law is introduced criminalising acid violence.

I spoke to co-director Sharmeen Obaid-Chinoy, now feted in her home country after becoming the first Pakistani woman to win an Oscar. She tells me how it felt as the law was changed. “The atmosphere was electric and there was a genuine sense of community amongst the women parliamentarians present. This bill, along with a number of gender related bills, have made their rounds at the parliament, and many have never been approved.” 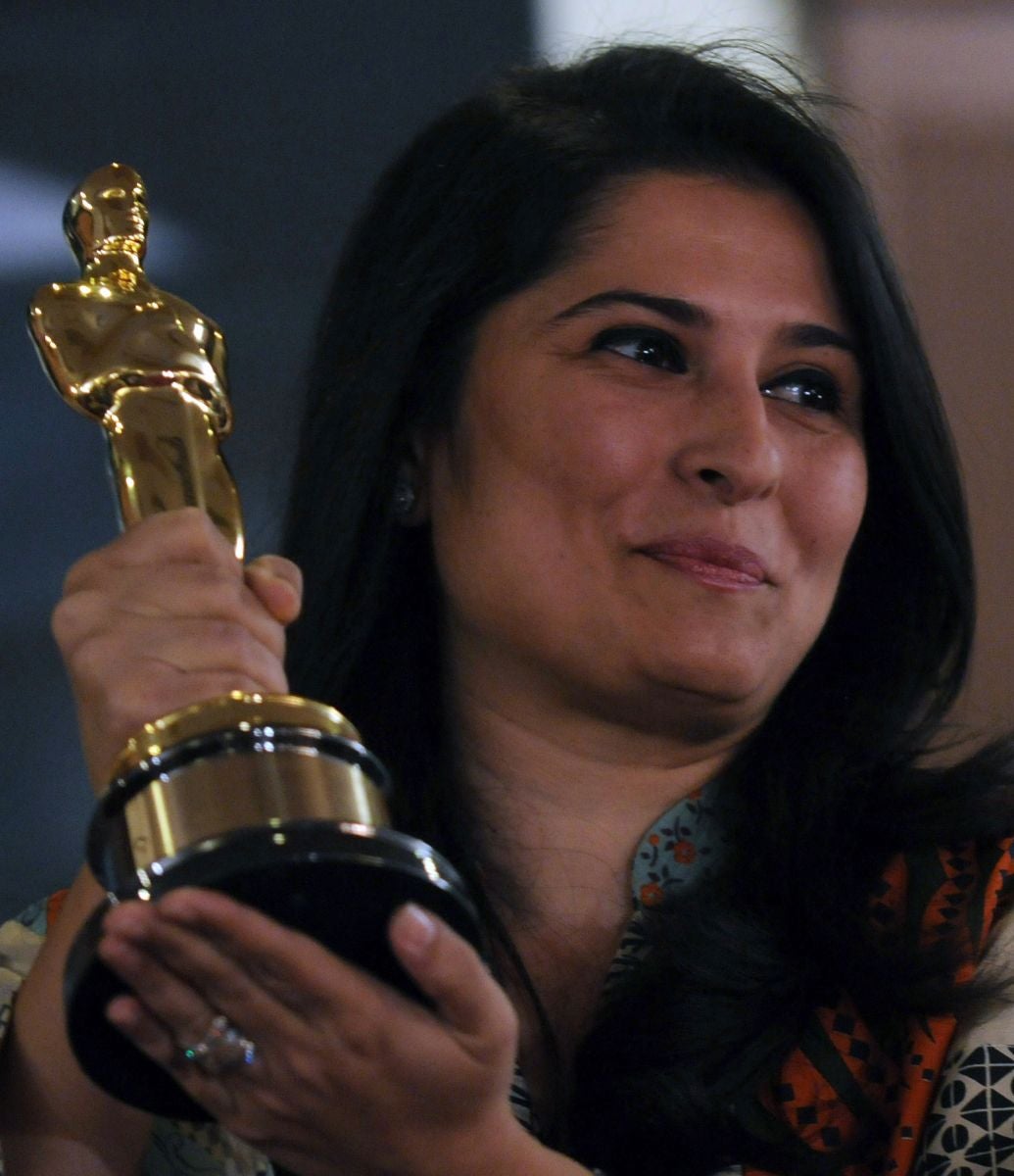 Sharmeen Obaid-Chinoy shows off her Oscar during a press conference in Karachi in May 2012.

Filming on such a sensitive topic in a shame culture like Pakistan was always going to be difficult. Tension surrounded the screening of the film within Pakistan, after some women who featured fleetingly in the film complained that they did not give permission for it to be shown in the country. “[People] gossip all the time if they see a woman in a film,” one of the women, Naila Farhat, said. “We do not want to show our faces to the world”. Obaid-Chinoy and Junge maintain that disclaimers were signed. Zakia and Rukhsana, who feature prominently, have not made any complaints, and according to the directors, were empowered by telling their stories.

I ask Obaid-Chinoy how she feels about her responsibilities. “I think film makers have the responsibility to stay true to their subjects regardless of the nature of the documentary or its eventual purpose,” she says. “Characters and their messages must be correctly represented and journalistic integrity must be maintained at all times. A camera is a very powerful tool, and documentaries are able to directly transport an audience to the centre of an issue or situation. As filmmakers we must be cognizant of this power, and use it honestly.”

Acid attacks are by no means an exclusively Pakistani problem: as Obaid-Chinoy points out, they happen wherever women are disenfranchised: Cambodia, Columbia, Nepal, and Thailand, to name but a few.

If the film does anything, it should be to transfer the shame from the victim to the perpetrator. More often than not, women in Pakistan are never asked for their side of the story. “They are undoubtedly some of the bravest women I have met in my life, and it was a privilege to have spent time with them,” said Obaid-Chinoy. Those burned faces are testament to the limits of human resilience.