Hello, and welcome to the second instalment of “Undercover”, where I try to explain a bit about how we put our covers together. For the Labour party conference special issue, we decided to try a young cartoonist, Ben Jennings, who won last year’s Political Cartoon of The Year award.

I wrote last month about the New Statesman‘s incredible history as a breeding ground for cartoonists (Martin Rowson, Will Self, the Telegraph’s “Matt” and Peter Brookes all got a start here) so it’s nice to continue that tradition by giving Ben the cover.

We asked him to draw Ed Miliband and Ed Balls, riffing on the former’s focus on communities and patriotism and the latter’s ferocious reputation. Here is his initial sketch: 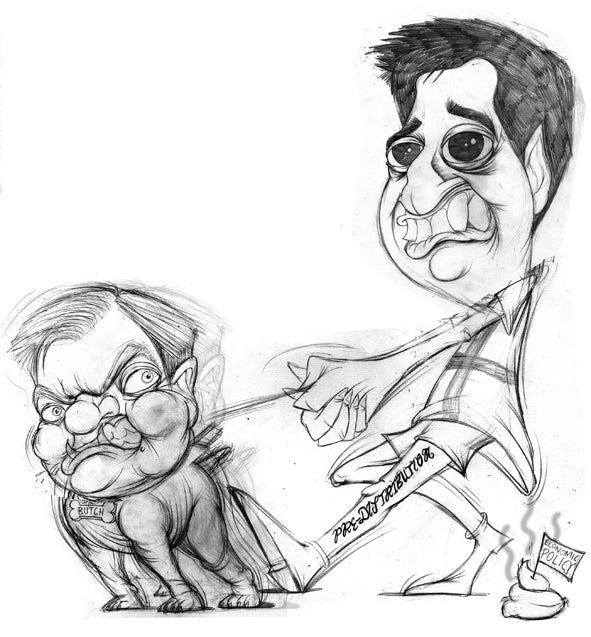 Like last week, we have a flap, so this gives a “reveal” when you lift that up – who is Ed Milband trying to restrain? There are also a couple of small touches, such as Ed Balls’s “Butch” collar and Ed Miliband’s “predistribution” tattoo. 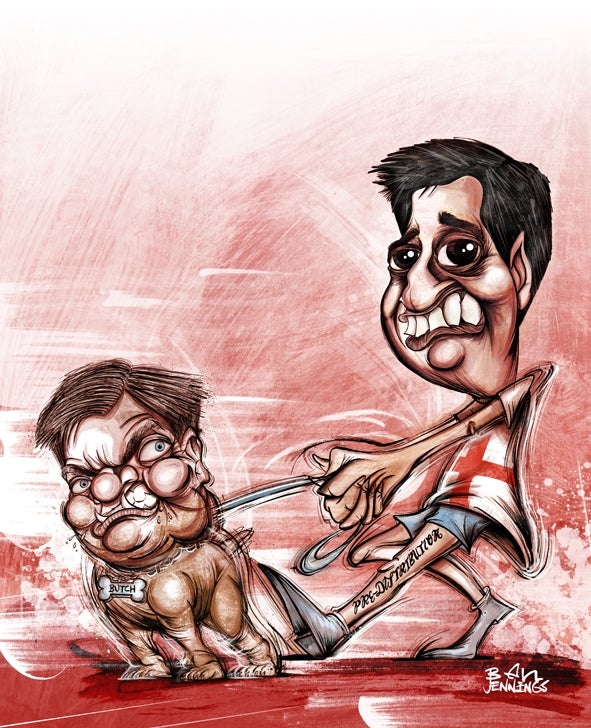 One of the things that’s great about Ben’s style is the sense of movement you get from those extra lines. The sampled textures in the background are also something of a signature of his (and are usually done on a computer rather than by hand).

Anja Wohlstrom, our art director, and I talked about this, and while we loved the positions, and the expressions (and, in my case, Ed Balls’s hair), we felt that it was a bit too red. Not that red isn’t a lovely (and Labour-ish) colour, but with a red masthead too, it could all get a bit monochromatic.

So Ben produced a final version, with a park in the background: 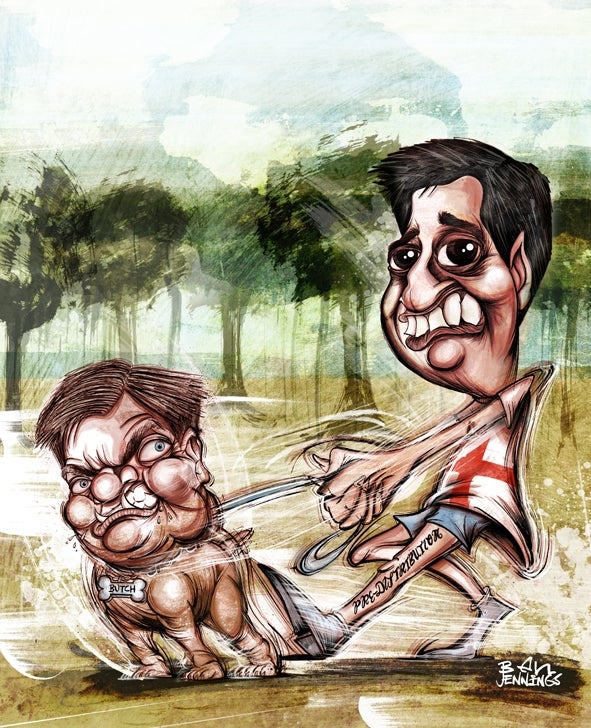 Just the place to take a Labour attack dog for a walk.