Apple’s new mapping service for the iPhone, which is part of its operating system update, is provoking a huge backlash from users, as the system makes mistake after mistake.

Here are ten of the most ridiculous.

1. They shrank the Sears Tower in Chicago: 2. The Manhattan end of the Brooklyn Bridge looks like it’s had a bit of an accident: 3. They messed up their image of an Apple store (terrible advertising):

4. Helsinki now has a railway station in the park: 5. A greenfield site in Dublin called “Airfield” has been labelled as as an airport: 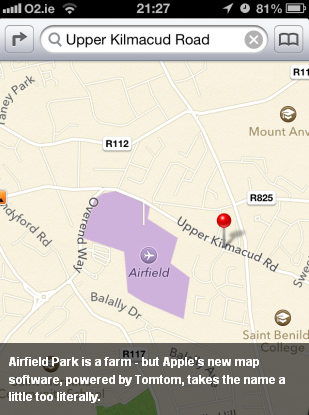 6. A search for “London” sometimes brings you to the one in Canada: 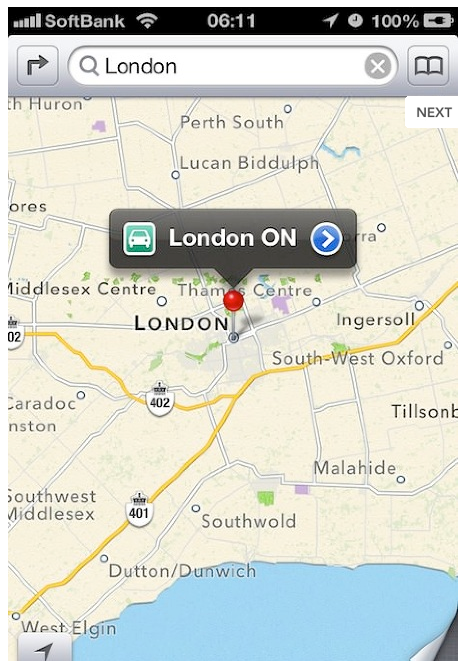 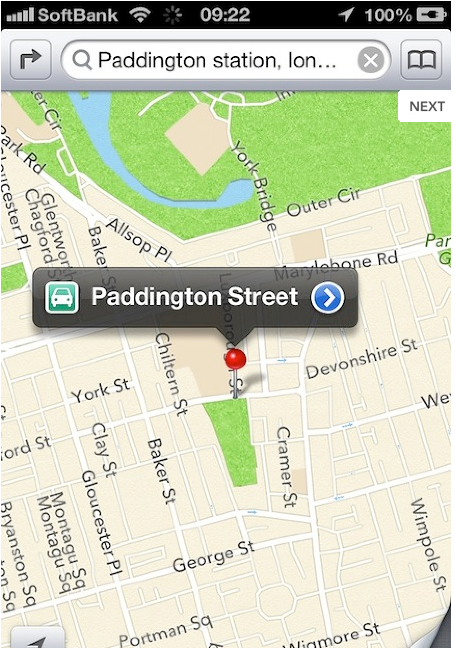 8. Doncaster is now only searchable as “Duncaster”: 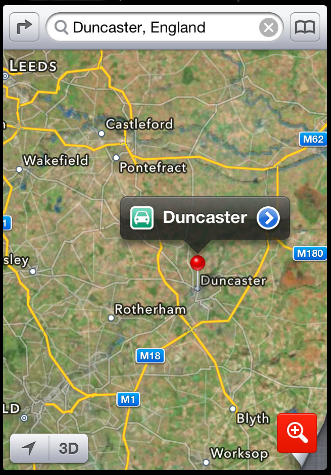 9. Tokyo station is no more: 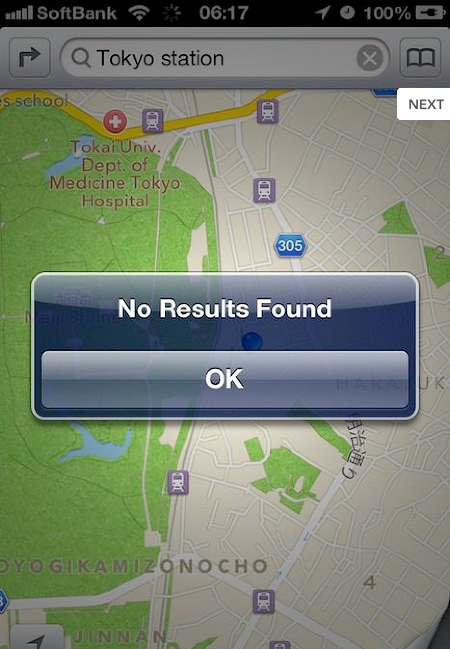 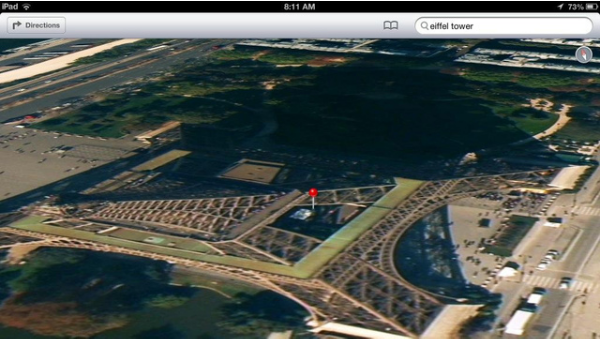 It seems Apple is taking “think different” to another level.