You can’t have chips at the Olympics, unless they’re McDonald’s chips, because McDonald’s now owns all the chips. As part of their sponsorship deal with LOCOG, the fast food company have apparently stipulated a chip monopoly. LOCOG have published a seemingly bona fide note to this end, saying that their catering team will only be serving chips if they fall within the fish and chips “loophole”.  The note ends with a plea to customers not to abuse staff.

To those protesting that the Olympics has been suffocated by sponsors, (wearing a t-shirt that features non-Olympics sponsors has recently been banned in the Olympic Park), this comes as a delicious nail in LOCOG’s coffin. 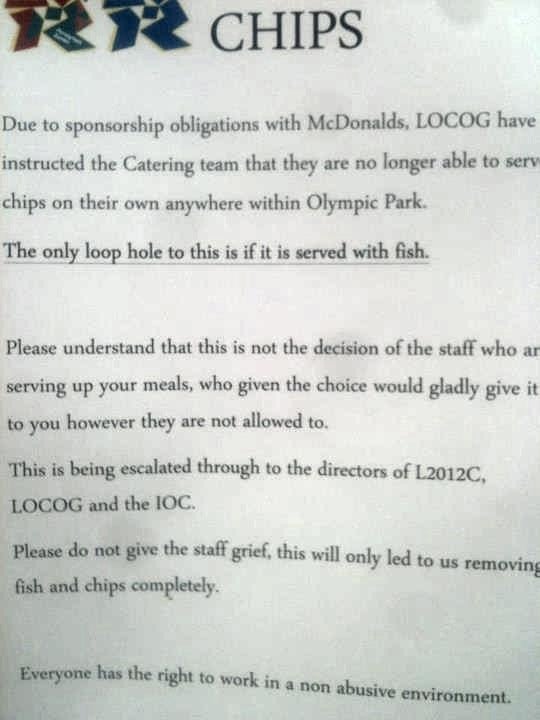