For this week’s 80-page issue of the New Statesman, David Miliband, Labour MP for South Shields and former foreign secretary, has commissioned a series of articles by leading international figures from politics, culture and business on the theme of shifts in world power. His issue follows last year’s acclaimed New Statesman guest-edits by the Archbishop of Canterbury, Rowan Williams, in June, and Richard Dawkins, in December.

The magazine is available on newsstands from Thursday 12 July. Single-issue copies can be purchased here

In the NS Essay, US secretary of state Hillary Clinton makes a major intervention on US foreign policy ahead of her government’s bid for re-election this November. In an unusual and bold move, Clinton espouses her “smart power” doctrine by stating the US will place greater emphasis on financial operations – over military – in the name of US national security:

[We] recognise that countries such as China, India and Brazil are gaining influence less because of the size of their armies than because of the growth of their economies. And we have learned that our national security today depends on decisions made not just in diplomatic negotiations and on the battlefield, but also in the financial markets and on factory floors. So US has made it a priority to harness more effectively the tools of global economics to advance our strategic aims abroad. That might mean finding innovative financial levers to ratchet up pressure on Iran’s nuclear programme, or forming new public-private partnerships that put corporate energy and expertise to work on such challenges as climate change and food security.

Clinton also states her government has made “expanding opportunities for women a cornerstone of America’s foreign policy”:

[E]mpowering women and girls around the world is crucial to seizing long-term opportunities for promoting peace, democracy and sustainable development . . . We’ve launched amibitous efforts to increase women’s participation in the economy by opening access to credit and markets, to enhance the role of women in resolving conflicts and maintaining security, and to focus global health programmes on the needs of mothers, who are linchpins of entire communities.

José Manuel Barroso: “How is Britain so open to the world, but so closed to Europe?”

Outside Europe, Britain will be reduced to the role of a “Norway or Switzerland”, warns the president of the European Commission, José Manuel Barroso, in conversation with the NS guest editor.

Click here to read extracts from the wide-ranging discussion

Writing in this special issue, Tony Blair reflects on his relationship with Philip Gould, the Labour Party consultant who died in November last year:

Philip was always a great writer. His notes to me during the 13 years I led the Labour Party were always so beautifully expressed that I used to say that they beguiled me, persuading me of the validity of the view just by the manner of telling it.

As a strategist and pollster, Gould was a “genius”, Blair writes, in part for “his ability to step back from the data and surface noise”:

He often wrote in tactics; but he saved his best for strategy. In strategy he was the master: regularly challenging the conventional wisdom and always coming out with a solution to the problem, not just an analysis of it.

Gould’s book When I Die: Lessons from the Death Zone concludes with the words: “I am approaching the door marked death. What lies beyond it may be the worst of things. But I believe it will be the best of things.” Blair describes how those words by his friend affected him:

I knew Philip. But I felt as I read this that I was being introduced to someone new, someone different. This is a book that will give you pleasure and peace.

Given the offer by David Miliband to interview whomever he wished for this issue of the New Statesman, the actor and author David Walliams chose Russell Brand, his “wildly famous” friend, a “cross between the Artful Dodger and Harry Flashman”.

When I’m spending a lot of time in Los Angeles, I consider myself countercultural; I don’t think of myself as an establishment figure. But over here, if I see an image of Her Majesty the Queen, I wince with national pride.

Asked when he sees such an image of the monarch, Brand makes an intimate confession:

I’ve had her tattooed on my inner thigh. And I spend quite a lot of time staring at that.

The two comedians turn to politics; Brand revealing that he has never voted in his life (“It’s gestural politics”) and suggesting an alternative he thinks would be more representative of the electorate:

I’d like to see spirituality brought to the forefront of life. I think that socialism is the politicisation of spirituality. I think we have a cultural obligation to regard the whole as more significant than the individual.

Michael Semple interviews a senior member of the Taliban

The former diplomat and author Michael Semple has interviewed a veteran leader of the Afghan Taliban movement – “one of the most senior surviving Taliban commanders and a confidant of the movement’s leadership”. The identity of his interviewee is protected, to allow him to speak freely about the upper echelons of the movement, but Semple has verified his seniority and cross-checked his account.

Click here to read extracts from the widely-reported interview

In the Diary column, the Labour leader Ed Miliband recounts a conversation he had on Wednesday last week at a summer drinks reception organised by the Spectator magazine:

I chat to Nick Robinson, the political editor of the BBC, about what has gone wrong with the banks and the response of politics. I find myself acknowledging that my father would probably have said this is about a conflict between democracy and capitalism.

I switch on the radio. Nick Robinson is on the Today programme saying he has been reliably informed how Ed Miliband sits in his Westminster office musing on how this is now a battle between democracy and capitalism.

Now there is a journalist with good sources.

Jemima Khan’s guest-edit (11 April 2011) featured her agenda-setting interview with the Deputy Prime Minister, Nick Clegg – in which he declared “I’m not a punchbag” – as well as Hugh Grant’s undercover interview with a former News of the World executive, which became a worldwide media sensation.

Rowan Williams’s guest-edit on 13 June 2011 dominated the news agenda for several days in response to his bold leader article criticising the coalition. He wrote, “We are being committed to radical, long-term policies for which no one voted.” 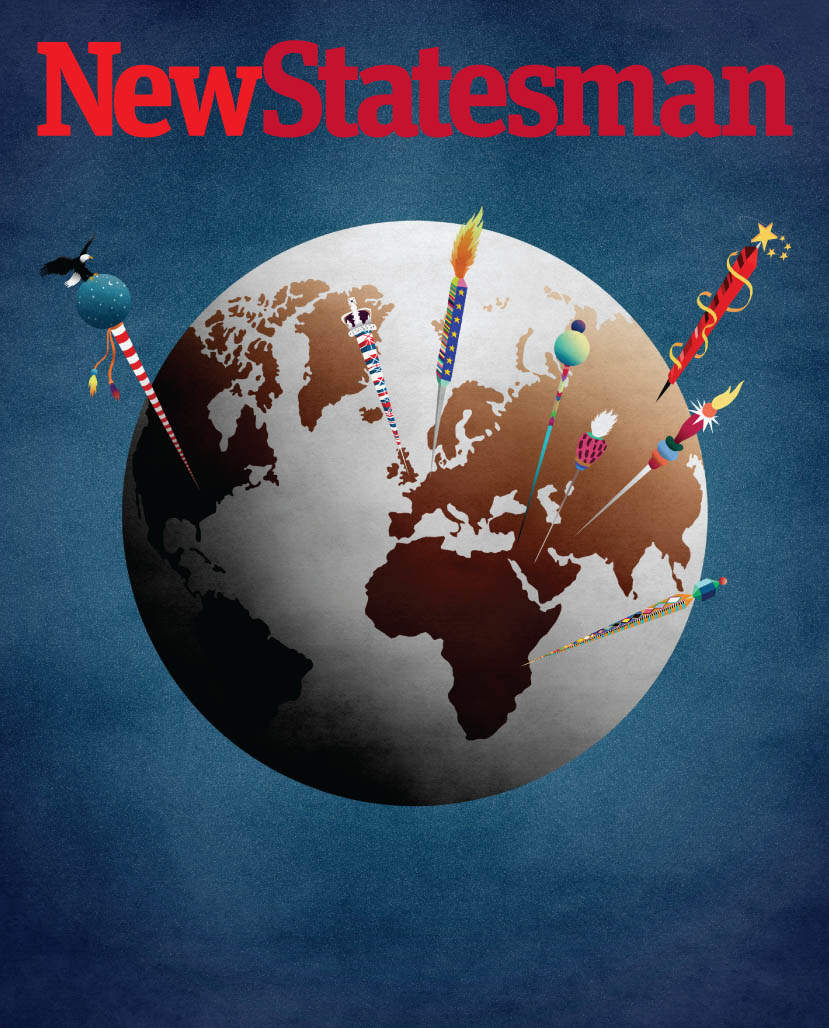 The magazine is available on newsstands from Thursday 12 July. Single-issue copies can be purchased here