Latin America’s huge potential in terms of consumption of food and beverages is well known, thanks to booming economies and a positive upward social mobility trend across the region. However, the assumption of a European/US style of consumer development in these economies could be setting some companies off track. 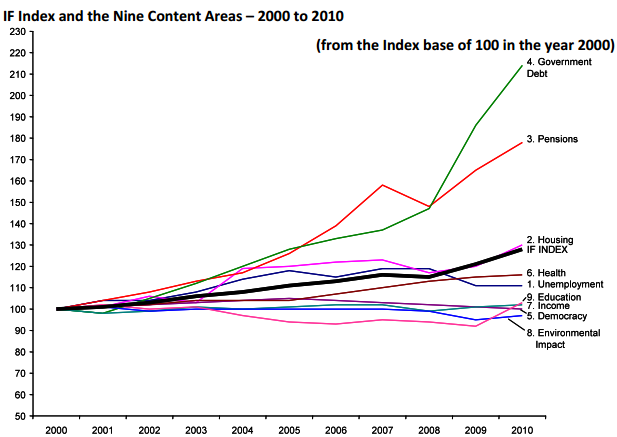 In terms of beverage consumption, what really explains the huge potential for the industry is simple arithmetic: a human being drinks – give or take – 2.2 liters of liquid per day; this includes hot drinks such as tea and coffee, milk, alcoholic drinks such as beer, home-made juices, soft drinks and of course tap water.

The case is that in Latin America, during 2011, around 240 billion liters of commercial and branded beverages were consumed by a population of almost 600 million.

This means that only half of this liquid intake comes from these branded beverages. The rest of the daily consumption, around one liter per day, is still driven by unbranded commercial beverages, such as freshly squeezed juice sold on the streets, homemade drinks and tap water.

Billions of sips will inexorably be replaced by some form of brand-named products, concurrent with the economic progress that implies more time out of home and less time to prepare homemade drinks.

The same calculation for a typical European country tells us that only 30 per cent of the total intake comes from non-branded drinks and that number is even lower for the US.

Industry forecasts are projecting that the total commercial beverage volumes in Latin America will increase by around 3 per cent yearly until 2016. What categories will drive this volume growth? Well, I believe that the answer is also simple, but somehow could be controversial.

If you conduct a survey across many marketing teams, you will probably hear, erroneously, that most Latin America consumers are willing to pay extra for functional products. Some will refer to the much overused “wellness trend”.

Not many companies have actually understood what Latin Americans are willing to drink and this might be one of the reasons why an industry concentration has become more evident in the region. In order to explain this, allow me to use a basic interpretation of the need states analysis model.

In the mid-Seventies, marketing gurus came up with the need states theory. This model provided a new approach for analyzing consumers, moving from time specific consumption occasion (breakfast, party, etc.) to segmentation by needs; in the case of beverages, needs could go from plain refreshment to relaxation, hydration, energy boost, need for fun, weight management, heart health, and so on.

A basic application of this model would start allocating all existing commercial beverages categories in four different quadrants limited by two axes with the horizontal axis going from Wellness to Indulgence and the vertical axis going from Functional to Refreshing. Something like this: 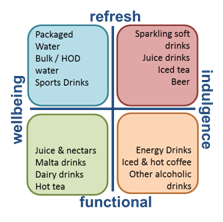 Ten years ago typical Latin America consumption was driven by indulgence/refreshing drinks (mainly carbonated soft drinks) with more than 40 per cent of total consumption. Many were betting that in future years the opposed segment, the wellness/functional, would start growing as it did in Europe or the US.

Does this mean that Latin Americans are turning their back on more functional and “healthy” drinks? No. It means that drinks that fulfill the indulgence and refreshing needs are still outperforming the much-hyped new functional drinks, which in many cases will remain limited to something just larger than a niche.

A couple of months ago, while discussing this with an executive of a global company, I received a clear explanation: “Simple,” she said. “For a house-wife in El Salvador, wellness means being able to put on top of the family table at lunch time a cold two liter bottle of cola flavor soft drink”.