One particular line stood out to me in Cameron’s remarks on phone-hacking this morning, when the Prime Minister was asked whether he was still friends with his former communications director, and the ex-News of the World (NoW) editor, Andy Coulson:

He became a friend and is a friend

For me, this goes to the heart of the issue. This isn’t just about the pernicious influence that the Murdoch-owned media have long exercised over British politics; nor is it just the latest example of another British prime minister – after Messrs Blair and Brown – bowing and scraping before the Sun King. Cameron’s relationship with those around Murdoch was a close and personal one; it was one of friendship. And it is this friendship that has clouded his judgement and put him on the backfoot this week. 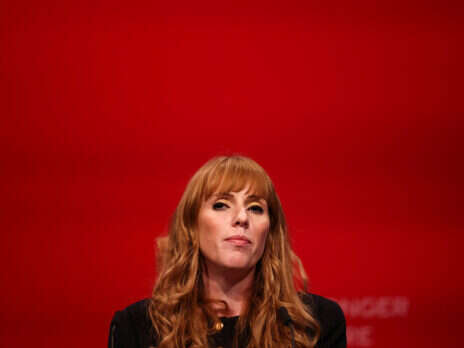 Has the Mail spoiled its own party?

As Peter Oborne, the pro-Cameron commentator, pointed out in his brilliant Telegraph piece earlier this week:

Mr Cameron allowed himself to be drawn into a social coterie in which no respectable person, let alone a British prime minister, should be seen dead.

It was called the Chipping Norton set, an incestuous collection of louche, affluent, power-hungry and amoral Londoners, located in and around the Prime Minister’s Oxfordshire constituency. Brooks and her husband, the former racing trainer Charlie Brooks, live in a house scarcely a mile from David and Samantha Cameron’s constituency home. The two couples meet frequently, and have continued to do so long after the phone hacking scandal became well known.

Is it any wonder then that the Prime Minister would only say that he “would have taken” Rebekah Brooks’s resignation while refusing to join the explicit calls for her to go? Most newspapers, commentators and the Leader of the Opposition, Ed Miliband, have recognized that her position is untenable and that the NoW staff have been sacrificed by the Murdochs in a desperate and outrageous attempt to save Brooks.

I’m surprised that more hasn’t been made of Cameron’s dinner with Brooks, at the latter’s Oxfordshire home (half a mile away from the PM’s!), over the Christmas holidays. When Ian Katz, deputy editor of the Guardian, tried to get hold of more details about the dinner and what was discussed, he was rebuffed at every turn by Downing Street officials.

Katz wrote, back in February:

For more than two weeks the Guardian has been trying to establish a few details about an evening Cameron spent at the Oxfordshire home of Rebekah Brooks, chief executive of News International, during the Christmas holidays. Here’s what the most open government in the world told us: first, No 10 categorically denied the PM had visited Brooks on Christmas day itself; then, when we asked instead if the PM had been entertained chez Brooks over the Christmas period it declined to confirm or deny.

Later Downing Street elaborated on its position, pointing out that Brooks was a constituent of Cameron’s and, in any case, “the prime minister regularly meets newspaper executives from lots of different companies”. But still No 10 refused to provide a date, or even confirm whether the dinner took place.

When it emerged that James Murdoch was at the dinner too, Downing Street became fractionally more transparent: an unattributable source reassured lobby reporters that neither Rupert Murdoch’s controversial takeover bid for Sky nor the phone-hacking scandal had been discussed. So that’s all right then.

I love this line from Cameron’s spinners that he visited her at home because she happens to be a constituent of his. Hilarious. There are 78,220 voters in Witney – is the Prime Minister planning on visiting each and every one of them for dinner? Over Christmas?

It seems clear that the reason Cameron can’t seem to cut Brooks or Coulson or News International loose is as personal as it is political.