When the New York Times published its report into the phone-tapping scandal last Wednesday, not many British commentators immediately realised its significance.

After a day or so when only a very few on Twitter and the blogosphere promoted the story, it was taken up by Tom Watson MP and then by John Prescott. By the time Prescott had taken advantage of the benefits of being a former deputy prime minister by airing his concerns on the Today programme, the story had legs.

Yesterday, the Home Secretary, Theresa May — in a fairly unconvincing performance — refused to announce an inquiry into the affair. This was in response to an urgent parliamentary question by Watson. The chairman of the House of Commons select committee on culture, media and sport has also said that his committee will not reopen the inquiry. Other bodies asked to look at it have so far not yet responded. 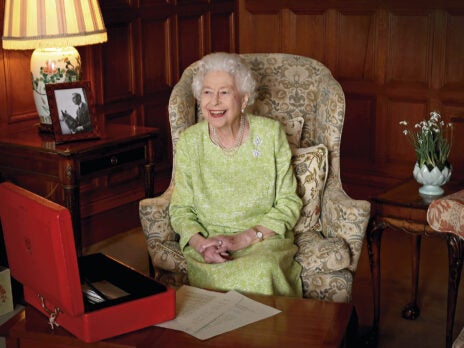 Trouble in the House of Windsor

It would seem that the story has hit the buffers and lost all momentum; this seems to be a scandal with nowhere else to go.

However, such a view would be misconceived.

To see why, it is important to grasp the single most important element of the New York Times article — an element that has not been addressed properly or been addressed at all, either by the Home Secretary or by the reported statements of the Metropolitan Police and News International.

The New York Times raised an important allegation about the relationship between the Metropolitan Police and News International. It is this allegation that demands investigation, as it goes to the confidence the public should place in the operational activities of the police and the conduct of the mainstream media.

Once it is realised that this is the nub of the issue, the seeming evasions and stonewalling of the Home Secretary, the Metropolitan Police and News International all become irrelevant and embarrassing to watch.

For example, the Home Secretary repeatedly said there is no “new” or “fresh” evidence. But that contention, which is incorrect in any case, starkly misses the point: the allegation is that the Metropolitan Police already holds a mass of evidence, that it has not properly examined or disclosed this evidence, and that this is because of its relationship with News International.

Here it is important to have a sense of the chronology of what happened. According to the New York Times and the excellent journalism of Nick Davies in the Guardian, a troubling sequence of events can be made out.

In November 2005, the royal household raises concerns about unauthorised access to mobile telephone messages. By January 2006, the Metropolitan Police are investigating these concerns. A mass of evidence is accumulated. In May 2006, Davies reports an internal Met document stating:

A vast number of unique voicemail numbers belonging to high-profile individuals (politicians, celebrities) have been identified as being accessed without authority. These may be the subject of a wider investigation in due course. A number of the targets of this unauthorised access have been informed.

However, in July 2006, a decision is made to “ring-fence” the investigation, even though the evidence points to widespread illegality. There is no good explanation for this. Only then are search warrants obtained, limited to searching only Glenn Mulcaire’s home and Clive Goodman’s desk at News International. The searches appear to have taken place on 8 August 2006. No search warrants are obtained in respect of any other reporters or editorial staff.

Nonetheless, a substantial amount of evidence is seized from the home of Mulcaire. According to the New York Times, this evidence included 2,978 complete or partial mobile-phone numbers and 91 secret (ie, non-factory-set) Pin codes. The New York Times and Davies report that detectives then came under further pressure to narrow their investigation, an investigation that had been “ring-fenced” even before the search warrants were obtained.

Only Mulcaire and Goodman are arrested. At this point the mass of evidence collected before the warrants were obtained, and the evidence seized from Mulcaire other than that relating to a handful of victims, are not followed up.

Moreover, almost none of those whose voice messages were unlawfully accessed were notified by the Metropolitan Police so that civil actions could be brought. Any civil action would have had to have been brought promptly, as the mobile telephone companies retain the relevant records for only a limited period. This has the effect — intended or not — of being to the advantage of the defendant in such civil actions, News International.

The alleged failure to properly consider the mass of evidence collected both before and as a result of the 8 August 2007 search warrants, when combined by the failure to alert potential victims of unlawful access to messages, raises grave concerns.

As the bulk of the evidence at issue is already possessed by the Metropolitan Police, the Home Secretary’s protestations about there being no “new” or “fresh” evidence are, of course, hollow. The form of words she uses may even be cynical. But, in a way, the Home Secretary’s motivation is irrelevant: her response to the allegation made by the New York Times is a non sequitur. The allegation will persist for the simple reason that it has not been addressed.

As the New York Times points out, the relationship between the Metropolitan Police and News International is now a matter of public concern. Would any other organisation or corporation whose staff were under suspicion have received such gentle treatment at the hands of detectives and prosecutors?

So, where can the story go next?

The Metropolitan Police may reopen the investigation if presented with new evidence. They may even look properly at the evidence they already have.

More interestingly, current and impending criminal cases and civil actions may uncover further information. The excellent Scottish legal blog Love and Garbage points out that the upcoming Tommy Sheridan trial may require Andy Coulson to answer questions under oath about the conduct of the News of the World newsroom. Mark Lewis is bringing a claim for libel against the PCC and the Metropolitan Police, which may lead to further disclosures.

So, even without any engagement by a regulatory body or an official inquiry, it looks as if this story will not go away.

The interest of Labour politicians in exploiting the story to discomfit the current government may ensure that any new information gets wider attention.

In my view, an independent inquiry is required into the relationship between the Metropolitan Police and News International. This inquiry should be open and fair to all those involved, and it can be either a judicial inquiry or by a parliamentary committee. It could be by the Inspector of Constabulary or the PCC, though some may not have confidence in such an investigation.

There are sufficient grounds for such an inquiry. This is not say that there is sufficient evidence — fresh or otherwise — for a conviction, a prosecution, an arrest, or even an arrest warrant.

So, either the story can be closed down by skilful political and media manoeuvring, or it can be dealt with properly. And the prospect of more information coming to light over the coming months suggests that the first approach may not work this time.

David Allen Green is a lawyer and writer. His Jack of Kent blog was shortlisted for the Orwell Prize in 2010. He will now be blogging regularly for the New Statesman on legal and policy matters.