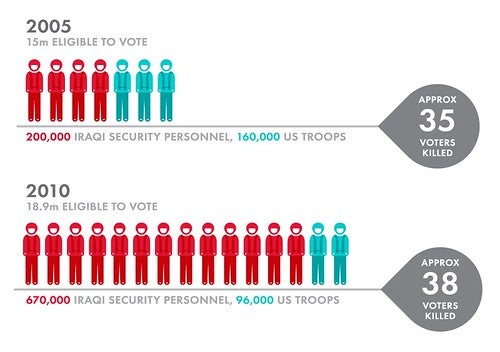 On 7 March, Iraq went to the polls for the country’s second parliamentary election since the invasion in 2003. Full results aren’t expected for weeks yet, although unofficial early reports suggest a close race between the major coalitions — Prime Minister Nouri al-Maliki’s State of Law alliance, the Iraqiya coalition and the Iraqi National Alliance.

There were more than twice as many security personnel this time around as there were watching over the 2005 poll. But this year’s election was still the more deadly of the two.