The changes to the way we watch television in the past few years have been well-documented: there are no end of articles about Netflix’s algorithms, double-screening and binge-watching. Whether you agree or not that we’re living through a new golden age of TV or that “if Shakespeare was alive today, he’d be writing TV dramas for HBO”, it can’t be denied that this form of media has altered beyond recognition in a short space of time.

Inevitably, the changes to television have changed the way we critique television. The explosion of digital-first journalism has played a big part here too – the infinite space and immediacy a website offers means that a review no longer has to be a certain length or try and introduce a show to the general reader. Now, a TV show, and the writing about that show, can appeal directly to its already-invested fans.

Anna Leszkiewicz, the New Statesman pop culture writer and my co-host on our podcast SRSLY, has been observing this shift in criticism for a long time.

“I often think about how The Wire’s David Simon, back in 2008, said, ‘Fuck the casual viewer’,” she said. “Simon wanted his audience to be engaged, committed, and interested in the minute detail of his work. Of course, The Wire’s influence was dramatic, and profoundly encouraged many TV writers to follow suit. 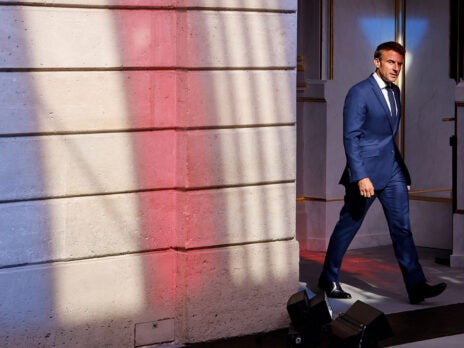 “Our viewing habits have become less casual since then: with binge-watching on the rise, we’re happier to watch longer and slower-paced shows, with a greater level of intensity. The last decade has seen the rise of the avid viewer.”

Writing about TV has shifted away from straight reviewing. Places like The A.V. Club and Vulture have pioneered episode-by-episode recaps instead, allowing a much tighter focus on individual elements of the show.

“Recaps are written by and for the avid viewer of TV, who has little interest in a critic’s vague thoughts on whether the latest season of this or that show was broadly worth watching, but wants to dive straight in to the detail of their favourite programme, week by week, episode by episode,” Leszkiewicz said.

Where does this leave podcasts about television? There are plenty of shows, like Slate’s Culture Gabfest and our own podcast, which range across all pop culture and which will discuss a TV show in as much depth as one segment of about fifteen minutes will allow. However, in the past couple of years, I’ve become aware of a different kind of TV podcast – one which is devoted to a single TV show. These podcasts cover their chosen show in extraordinary depth, often devoting each episode of the podcast to a single episode of the TV show.

If you check the TV and Film category chart on iTunes regularly (and I do, since my show appears in it), you will have seen that the list is dominated by episode recap podcasts, such as The West Wing Weekly, Decoding Westworld, The Talking Dead, Game of Thrones The Podcast, Gilmore Guys and many others. They come and go with the TV show that they track, but I’ve definitely noticed more shows launching in this space in the last couple of years – with the exception of The Talking Dead, all of the shows I’ve listed there began in the last few years.

There are a few things all TV recap podcasts have in common: they feature two or three dedicated fans of the show discussing each episode in extraordinary detail, many have recurring features like the Gilmore Guys’ regular supercut of every pop culture reference from the episode in focus that week, and they rely on the personalities of the hosts to retain listeners who aren’t already fans of the TV show.

Gilmore Guys, along with The West Wing Weekly, also has regular guests. The fact that actor Joshua Malina is involved in the latter show means that they’re able to pull in guests associated with the original show, which several fans I spoke to cited as a major attraction of the podcast. They’ve even had The West Wing creator Aaron Sorkin on the show.

Liam Stewart, a British student and an avid listener to this kind of podcast, told me that a lot of the time in a good TV recap podcast the show itself will become secondary to the characters and chemistry of the podcast hosts.

“The lack of restriction [in the podcast form] allows for drifting away from the analysis, which I know annoys a lot of people, but for me, it enhances the listening experience as you get to know the hosts better,” he said. “Plus, some of the funniest moments come from these random detours.”

Adam Amin, a sportscaster for ESPN in the United States, told me that the informal, chatty nature of these podcasts is what attracted him in the first place.

“Most of us who are fans of a show have very similar thoughts and discussions about these shows with other people,” he said. “Listening to the hosts in this medium just feels like eavesdropping on a friend’s conversation.”

Amin started off with the West Wing Weekly because he is a fan of Aaron Sorkin’s work, and then graduated on to Navigating the Newsroom. After getting into an in-depth discussion with his friend Steve Cimino about another Sorkin show, Sports Night, Amin said they realised that “hey, this is just like that West Wing podcast!”, and so the idea of doing their own show focused on Sports Night was born. Their show is called Those Stories, Plus. . . and they are now 12 episodes in.

“We figured that, as a member of the sports media field, I could add unique insight into the show and my work world and bring in interesting guests,” Amin explained. “Steve, as a writer and teacher, would be able to navigate through various topics that come up.

“It’s been a tremendously fun side project for us both that has been well-received. We certainly don’t consider ourselves to be at a level of popularity of those other podcasts mentioned but we seem to have a consistent following.”

Just as on-demand services like Netflix and Amazon have freed up TV creators to make longer, more ambitious shows that perhaps would never have been commissioned by conventional networks, so podcasting has enabled TV critics to examine shows in more detail, with greater originality, and just have more fun.

Do you have ideas for podcasts I should listen to or people I should interview? Email me or talk to me on Twitter. For the next instalment of the New Statesman’s podcast column, visit newstatesman.com/podcasts next Thursday. You can read the introduction to the column here.