In the first of a series on the precarious situation of EU nationals in the UK since the Brexit vote, we look at those who are planning to leave.

You may have to go.
Look up removal companies, renew your passport, just in case. Begin remote job hunting. Talk to your landlord about not renewing your lease or look into selling your place. Will your kids finish the school year? Can your partner speak another language? Can you bring your pets? How do you open a bank account abroad? How do you transfer a business? How does healthcare work there? Pensions? Payslips?
Find out now. Because you may have to go.

These are some of the thoughts troubling EU citizens in the UK, as they wait to find out what, exactly, Brexit will mean for them. The number of EU nationals leaving Britain has risen this year, but the real exodus is expected in 2018. All the people interviewed for this piece have set themselves a “deadline”: by the end of next year, they’ll be out. After that, they say, no one knows what will happen.

Even some EU citizens born in the UK are planning to leave. At 25, Julien Hoez, a French national who was born in London, used to take European unity for granted. “I’m still a bit lost, it still doesn’t really make sense,” he says of Brexit, which he calls a “tragedy”. “My plan is entirely to leave because of how Brexit is turning out.”

In a cruel twist, Brexit itself is making the move harder: Hoez’s savings are being devalued by the fall of the pound, and if it continues to fall, he fears he will not be able to afford the move. “I may be stuck out of it.” Many of his friends are moving their money out of the country for precisely this reason, he says: “They don’t want to be punished for the British choice.”

Hoez is currently working as a barman and will soon begin a full-time position in fire brigade administration to make up his budget of £10,000 – what he thinks he needs if the exchange rate holds. Within a year, he wants to head to Brussels or Paris to study International Relations and, hopefully, work for the EU administration one day.

“My goal is to work on policy, to improve the strength of the EU, so I may not come back.” 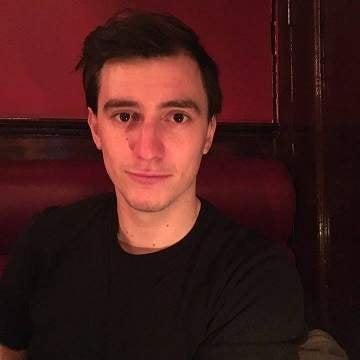 “My plan is entirely to leave because of how Brexit is turning out.”
Julien Hoez, French, born in London

It has even affected his love life, leading him to break up with his girlfriend of two years because he felt it was “disingenuous” to keep dating as he knew he would move to the EU soon. For Europeans in a relationship with Brits, Brexit is a minefield: move their partner – who may not speak their first language – and potential children abroad, or face an uncertain future.

Amanda Lindberg, who has lived in Exeter for three years, met her British wife while visiting her native Sweden, having moved to the UK when she was 18. Now they’re planning to leave the UK for Sweden again. Because of the income threshold that is imposed on foreign spouses, which Lindberg doesn’t meet, if her wife Sarah, who works as a nurse for the NHS, lost her job, they fear they would be forced to leave the country after Brexit if EU citizens’ rights are not guaranteed.

“I am married to an English woman but with Brexit, it doesn’t mean I am allowed to stay,” she says. “I pay taxes and spend my money here, and I’m still not welcome.”

In her NHS hospital unit, Lindberg’s wife has seen many co-workers going back to Europe, with no one to replace them. “I don’t blame them – why would they stay?” Lindberg says. “The ingratitude is just staggering.”

Her wife is learning Swedish, they’ve put their names down on Sweden’s housing “queue” for a flat, and by summer 2018, they will be gone.

One of the sectors which has already been hit hard by the prospect of Brexit is higher education. As many as 1,300 academics from the EU have left the country in the past year, and Cambridge University alone lost 184 European staff.

Giorgio Gilestro, a teacher and researcher in neuroscience at Imperial College, arrived in London seven years ago. Originally from Torino, Italy, he had done stints in Austria and the US, and thought he had found the “perfect city” to settle down with his family.

“Brexit changed things,” he tells me, and now some of his son’s European classmates are leaving and his own family’s deadline is set for March 2018. If the government doesn’t have a plan after that date, he says, the economy will “take a huge hit”: “Companies will start moving people around.” He won’t wait to see how it turns out. 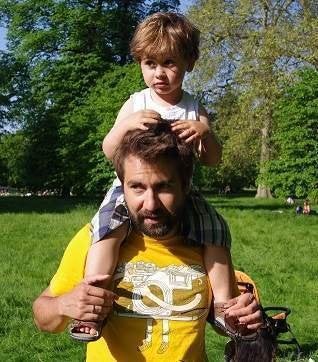 “The consequences [of Brexit] will be very, very dire.”
Giorgio Gilestro, from Italy

“In case of a hard Brexit, the economy will be so affected, and society in general, it wouldn’t be so nice living here anymore,” he says. “I’m pretty sure the consequences will be very, very dire.”

What has already changed, Gilestro says, is that EU citizens find themselves “making contingency plans”. He doesn’t know what to do about the family home yet, where to go or indeed if he will leave for sure – but it’s the right moment to move to Europe, he says: “I’ve seen more jobs advertised, they know people are going back.”

For many, Brexit accelerated plans for a move back to Europe that would have otherwise happened later in life. Next year, Sam Schwarzkopf, a German citizen who arrived in the UK in 1999, will be moving with his wife to Auckland, New Zealand. “Without Brexit, we would have been here longer,” he says, but the vote gave him “a very good reason” to look for a job elsewhere.

“I hadn’t looked into it before,” he says. Leaving is difficult, but staying may be worse: one of Schwartzkopf’s post-doctorate students at UCL could have been offered his position next year, but being European himself, he moved his family back to Germany instead.

“He decided it wasn’t worth it. The future won’t be rosy in the UK,” Schwarzkopf says. As a scientist, he is worried for what Brexit means for his profession in Britain: once the UK pulls out of the EU, European grants will dry up. “The UK science sector took more of these grants than Britain paid in.” To continue the grants program, the European Research Council needs guaranteed free movement. Schwarzkopf doesn’t see “how the government can square that circle”.

The referendum result may be directly threatening the rights of EU citizens, but it is also pushing some of those with a UK passport to prepare to leave. HR manager Sarah Murray, who is 32 and living near Liverpool, is British, as is her husband. They had a son a few months after the referendum and are now looking to leave the country. “I want to give him the best possible start in life,” she tells me. “Brexit Britain will not be a very nice environment for a child.”

Life in the UK after Brexit could get harder for Murray: she has Crohn’s disease and worries about access to her medication, which is imported from EU countries. “Are they going to be rationed, or not there? Is there going to be a huge cost?” she asks. They are looking at moving either to Germany or Austria. Murray started learning German “straight after the result” of the referendum, which left her “devastated”. Her husband, who she said feels “very European”, was hit “really hard” too. 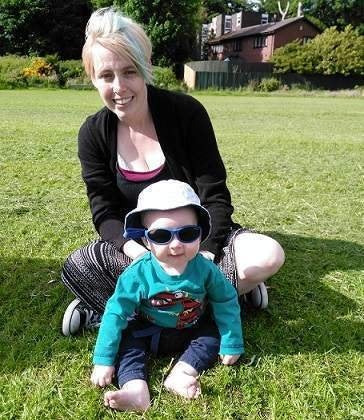 “Brexit Britain will not be a very nice environment for a child.”
Sarah Murray, British

Murray’s grandfather was Irish, so she applied for citizenship right after the referendum, and got it before her son’s birth – which means both of them will have legal rights in the EU in the future. Her husband, however, is just British, so they “must be out before Brexit, before the end date”.

There are a lot of things to organise: “Kindergarten, move, flat… We have a dog and three cats, we must look how to travel with them.” Murray had her first job interview, for a position in Berlin, planned for the week after I spoke to her. She is now in the third round of interviews and has recently started to “weigh up housing costs”. They want to be out by the end of 2018. “Hopefully we’ll move quicker”, she says.

It’s clear from Murray’s story that Brexit isn’t just creating an exodus of skilled Europeans from the UK – it’s also driving away Britons. Murray says she won’t live “like an expat” and wants to integrate in her new home: “I’m treating learning German like a job.” Her future reflects the past of EU citizens, who once learned English and packed their belongings to cross the Channel. Now she is following thousands of them who are crossing back.

For most of those I talked to, Theresa May’s government is doing too little, too late. “There has been lots of wishful thinking without concrete actions,” says Schwarzkopf. “I had the naïve belief that the Cameron government had a contingency plan.”

Gilestro echoes this frustration: “When I left Italy in 2002 we had Berlusconi and I thought it couldn’t get lower. I stand corrected: This government is much worse.”

It’s not just British politicians who have failed them: society has changed, too. After the referendum, like countless other Europeans, Hoez was told to “go back to [his] country” by a drunk man on the street.

“I was born here,” he replied, but now tells me it reminded him of being called a “frog” by other children at his south London school.

“I’m worried that it’s spiralling out of control – we [EU citizens] will be blamed if things don’t go as they want,” he adds.

Lindberg is scared, too: “Someone was beaten to death for being foreign. Can they distinguish a Swedish from a Polish accent?” Her wife Sarah, she says, is now “ashamed” of her country.

There is one thing all EU citizens want, whether they’re leaving or staying. As Lindberg tells me: “To carry on with my life, out of this limbo.”

Read more: The Departing #2: Those who have left will not return