It takes chutzpah to gainsay Richard Hoggart, especially on class and pop culture. But when he wrote in The Uses of Literacy (1957) that “the finest period in English . . . popular song seems to have been between 1880 and 1910” he was wrong, or at least premature. Hoggart believed this was the era when working-class performers and audiences held greatest sway, dominating British music. Though he couldn’t have known it, that golden age was just about to come. As he wrote his venerable text in the Hull of the mid-1950s, not far down the road in another northern port a bunch of Scouse teenagers was strumming the overture to an entertainment revolution (albeit one with music- hall roots) that would eclipse the reign of Marie Lloyd and Dan Leno.

Entering Paul McCartney’s council-house childhood home at 20 Forthlin Road, Allerton, Merseyside, American visitors are often visibly shocked by how tiny it is, how plain – spartan even. (Lennon’s was slightly bigger, so he is routinely and wrongly labelled as “middle-class”. His dad was an itinerant galley hand, and after his single-parent mum died he was brought up by an aunt in a modest Liverpool street. It’s hardly Downton Abbey.) From these little houses, from terraced streets across the north or unlovely London boroughs, from mill towns and ports, factories and coalfields, came working-class kids who’d shake the world with every shake of their head.

But those days are gone – whether James Blunt thinks so or not. The former Guardsman-turned-balladeer has improved his media standing of late by building a genuinely funny and self-deprecating presence on Twitter. But he showed his more rebarbative edge on 19 January with an attack on the Labour MP Chris Bryant. Bryant had made the fairly anodyne point that posh kids such as Blunt and the actor Eddie Redmayne were becoming increasingly prevalent in UK entertainment. It’s not a particularly new or shocking assertion, but the vehemence of Blunt’s response was revealing. Replying by that most modish of platforms, the open letter, he called Bryant a “classist gimp” and a “prejudiced wazzock”, and invoked the threadbare sneer about the politics of envy. If nothing else, the rant by James, an Old Harrovian, gave the lie to the notion that the upper classes have better manners. Yet there is more to it than that; the note of wounded paranoia suggests that Blunt knows Bryant is right.

The great cultural tide that surged through Harold Wilson’s 1960s and beyond, the sea change that swept the McCartneys, Finneys, Bakewells, Courtenays, Baileys, Bennetts et al to positions of influence and eminence, if not actual power, has ebbed and turned. The children of the middle and upper classes are beginning to reassert a much older order. In the arts generally – music, theatre, literature for sure – it is clear that cuts to benefits, the disappearance of the art school (where many a luminous layabout found room to bloom) and the harsh cost of further and higher education are pricing the working class out of careers in the arts and making it increasingly a playground for the comfortably off. The grants are gone and the relatively benign benefits system that sustained the pre-fame Jarvis Cocker and Morrissey is being dismantled daily.

The actress Maxine Peake (Bolton-raised, resides in Salford, went through Rada in the 1990s) told me recently that she could not afford to train for the stage now. And the actor David Morrissey told the Radio Times: “We’re creating an intern culture – it’s happening in journalism and politics as well – and we have to be very careful because the fight is not going to be there for people from more disadvantaged backgrounds.” In the media generally, preferment often comes through nepotism, or through those internships that only children of well-off families can afford. A Sutton Trust report of 2009 found that the proportion of leading journalists educated privately had increased over 20 years. In 2006, only 14 per cent had gone to a state school, a statistic as worrying as it is remarkable. It’s happening even in the once resolutely proletarian world of football. Frank Lampard, Will Hughes, Alex Oxlade-Chamberlain and Victor Moses are just a few of the Premier League players who attended fee-paying schools. 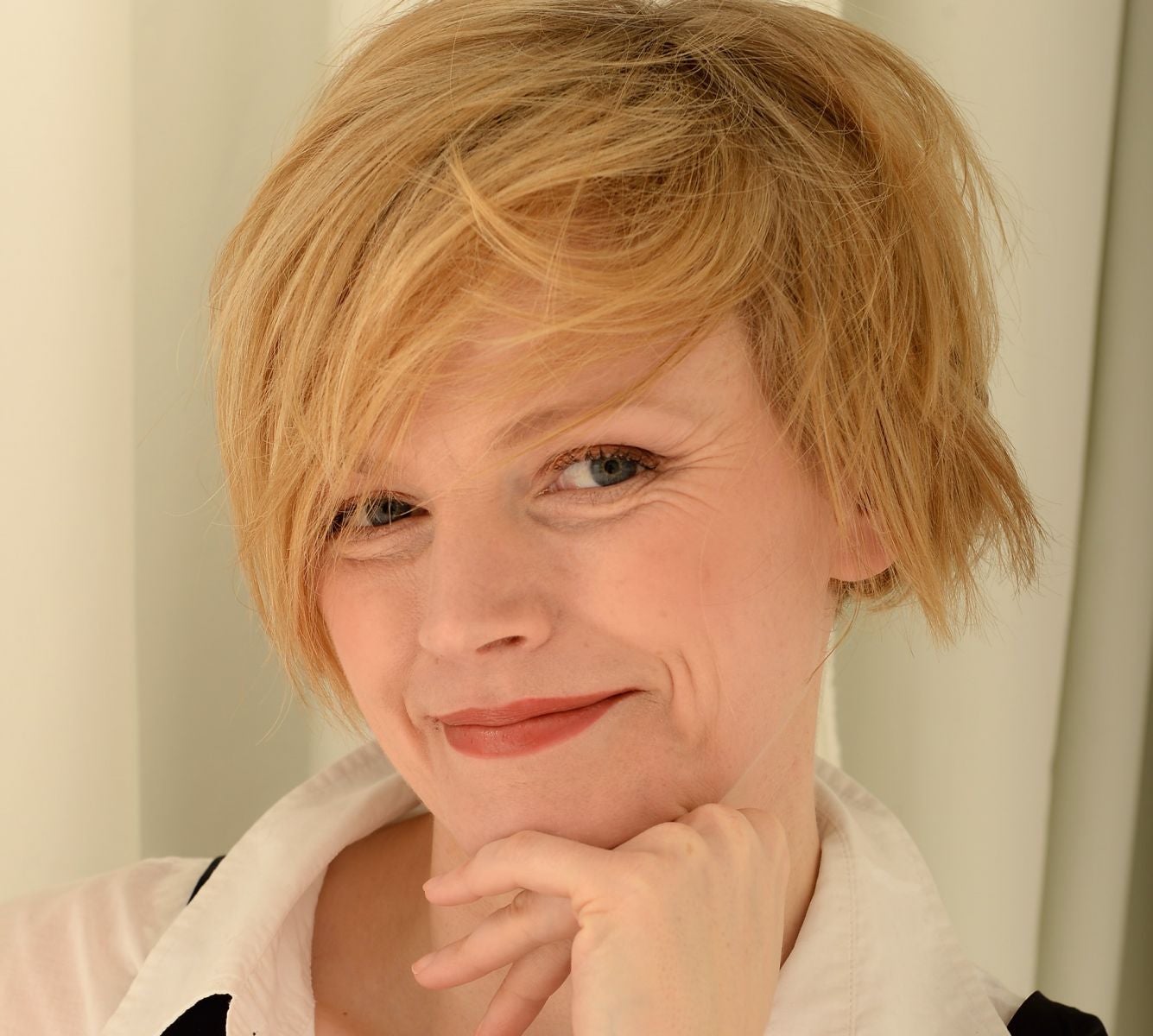 Returning to pop. The piqued Blunt was in the vanguard of a gradual but now almost total cultural shift by which popular music has become as essentially bourgeois as the Boden catalogue. When I worked at the NME in the early 1990s, writers from leafy suburbs would affect proletarian tropes, trousers and vowels to ingratiate themselves with Oasis, New Order or Happy Mondays. Nowadays, adroit navigation of the wine list or the ski slope is probably a more useful way into a band’s confidence. As the writer Simon Price put it wryly, it’s only a matter of time before a pop version of the infamous Johnson/Osborne/Cameron Bullingdon Club photo surfaces, featuring several leading members of future indie-rock acts looking supremely entitled in frock coats and wing-collared shirts.

This is easily dismissed (especially from above) as chippiness or, in Blunt’s terms, “jealousy”. To be fair, I should point out that I am referring to mainstream rock and pop. Grime, hip-hop and dubstep are still rooted in an urban milieu of zero-hour contracts and pound shops. It has been suggested that as much of 60 per cent of the pop charts of recent years has been occupied by privately educated musicians but this seems highly debatable. What is unarguable is that a curious gentrification of pop culture is ongoing – and the average pop star is a different person from the one who dominated this world just a decade ago. Damon Albarn of Blur was mocked as the posh boy of Britpop when in fact he’d gone to a comprehensive in Essex and his family was just mildly bohemian. Nowadays he’d be decidely “below stairs”. Sandie Shaw, who emerged from Dagenham in that regional and social upheaval in the 1960s, told the culture select committee that a career in pop had become unviable “unless you’re Mumford & Sons and come from a public school and have a rich family that can support you”. 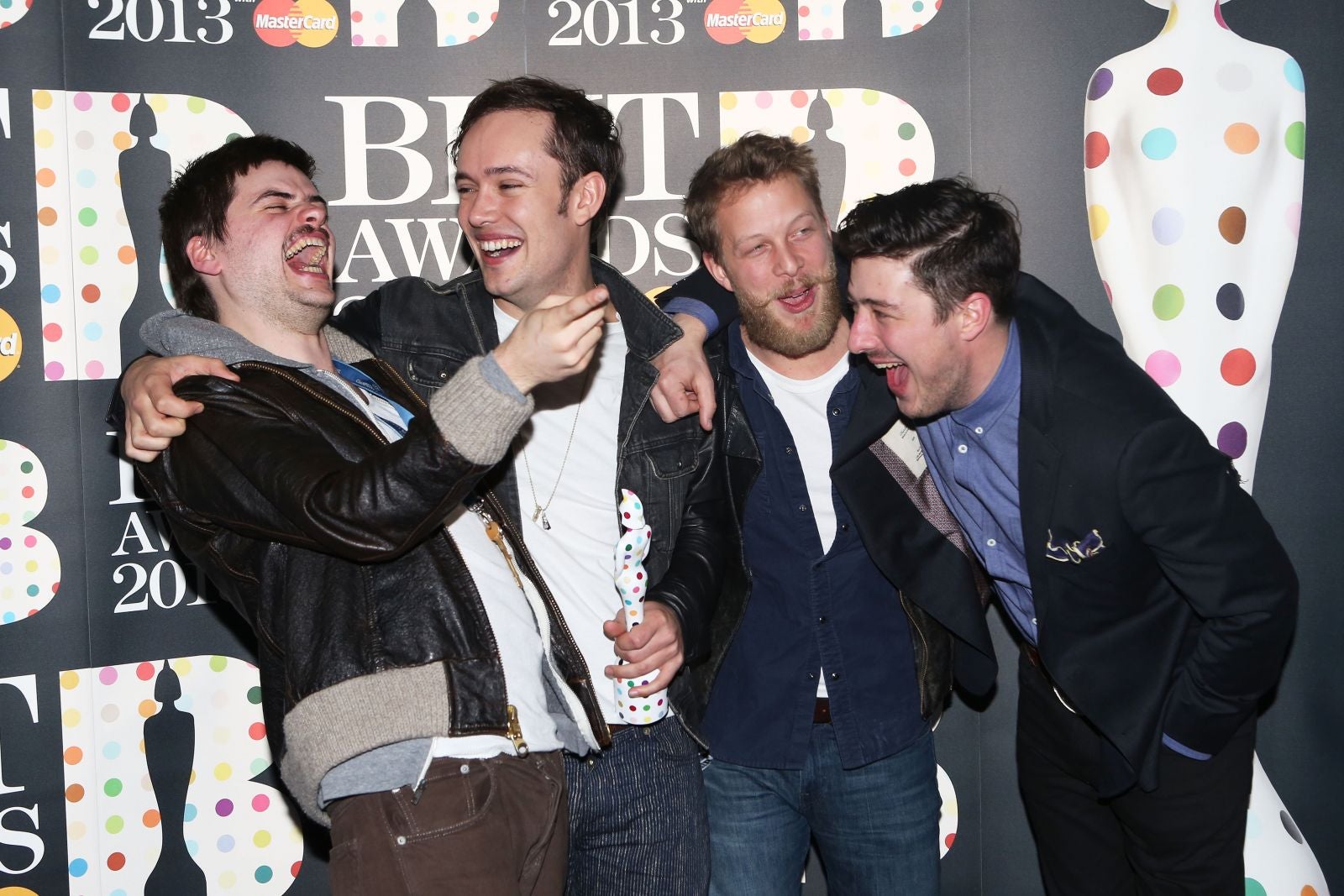 To Mumford & Sons you can add the likes of Coldplay, Laura Marling, Eliza Doolitle, Lily Allen, Florence Welch, Pixie Lott, La Roux and Mark Ronson, as well as talent-school academy graduates marshalled by one Simon Cowell, an old boy of the then £3,995-a-term Dover College (now £4,750). Unscientifically, but still persuasively, it is detectable in the names on sleeves. The top indie act the Maccabees include a Hugo, an Orlando, a Felix and a Rupert.

There has always been a handful of rock “toffs” but previously these were the exception. Their background made them figures of exotic curiosity if not exactly fun. The 1960s hit-makers the Zombies were bright Home Counties grammar-school boys with bags of O-levels and so this evident “poshness” was thrust upon them as a default gimmick in the teen press. Every early Genesis article relished how they formed at Charterhouse, so outlandish was it that touring rockers would be educated thus – though not for the public-school boys who played or put out their records, such as John Peel or Jonathan King. (If he’d written for the NME, Marx would have had a field day with this.) Even then, the greatest success for Genesis would come when they handed the creative reins to a savvy East End upstart called Phil Collins. It is revealing that Joe Strummer took great pains to hide his diplomat father and prep-school days from the press and that Jim Morrison claimed his parents were dead rather than admit that Daddy was, in fact, an admiral.

In 2010 the Daily Mail reported on the growing gap in music provision between the state and private school systems. In the state sector local authorities were spending less than half the amount on music teaching that they did 20 years earlier: as little as £1.15 a child per year. “On top of this, families who can afford private school fees are often affluent enough to pay for extra music tuition, for equipment such as drum kits, guitars, amps, and also for rehearsal space,” it said. When the Daily Mail bemoans this trend, you know there’s something afoot.

Does it matter? Surely Noel Gallagher is no better than Nick Drake just because he went to a Burnage comp rather than Marl­borough? Of course not. But pop culture should reflect the lives of its people in all their vibrancy, challenge and hurly-burly, not the rarified interests and experiences of a few. Most modern indie bands’ lyrics seem to be either turgid chunks of half-digested philosophy or indulgent disquisitions on the singer’s fragile emotional microclimate. It is telling that the last alternative bands to emerge with lyrics that observed the world around them wittily and pungently were Kaiser Chiefs and Arctic Monkeys, both from working-class backgrounds in Yorkshire. One can go further. The best art, and the best pop music certainly, has always been made by smart, impassioned outsiders such as Cocker or Morrissey, or by the cussed and ornery: the likes of Lennon or John Lydon. Conflict, be it generational, geographical or economic, is the turbine that drives art forward, the grit in the oyster that makes the pearl. At the risk of sounding like a classist gimp, grittiness is surely not the prevailing ambience at Bedales and Harrow. The silencing of other, rougher voices brings with it a creeping blandness. 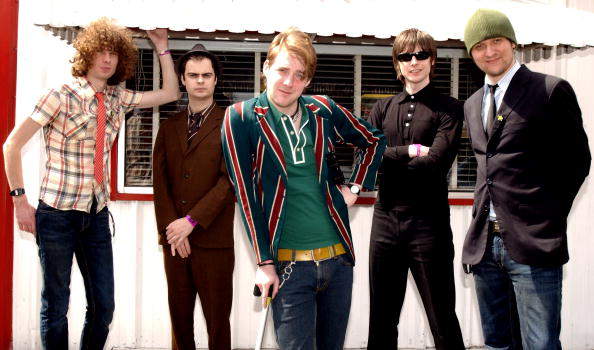 The current economic climate is returning the practice of art to what it was 300 years ago – a rich fellow’s diversion, a pleasant recreation for those who can afford it, rather than the cultural imperative it should be. Nicky Wire of Manic Street Preachers, one of the last great bands to emerge from working-class Britain, put it memorably: indie should not be gap-year music.

Hand-in-hand with the fading profile of the working classes in pop culture has come an increased worship of wealth. Capitalism porn saturates our TV schedules. Shows such as The Apprentice, Dragons’ Den and the ubiquitous talent contests explicitly reject collectivity, preferring to celebrate rampant individualism and the acquisition of wealth and fame above all else. The heady mood of freedom, change and equality that characterised pop culture in the 1960s now seems as remote and naive as the spirit of 1945. Turn on a TV or radio in the decades before the millennium, and from Eric and Ernie to Lennon and McCartney, from Lulu to the Spice Girls, from “Tarby” to Oasis, you’d hear and see the faces and voices of working- or lower-middle-class Britain. People who’d gone to the same schools as you, walked the same streets, lived in the same sorts of houses but become celebrities by the miracle of social mobility that entertainment and sport had always promised.

You see ever fewer of those faces now, unless you watch Jeremy Kyle or Benefits Street or Saints and Scroungers, where the lower orders are held up for ridicule. James Blunt, calming down and channelling the Dalai Llama for a moment, concluded his spat with Bryant by tweeting: “To help people at the bottom of the tree join those near the top, give them a ladder, not a bow and arrow.” Maybe the bow and arrow, or at least a raised voice, will help them get a foot on your ladder, James.