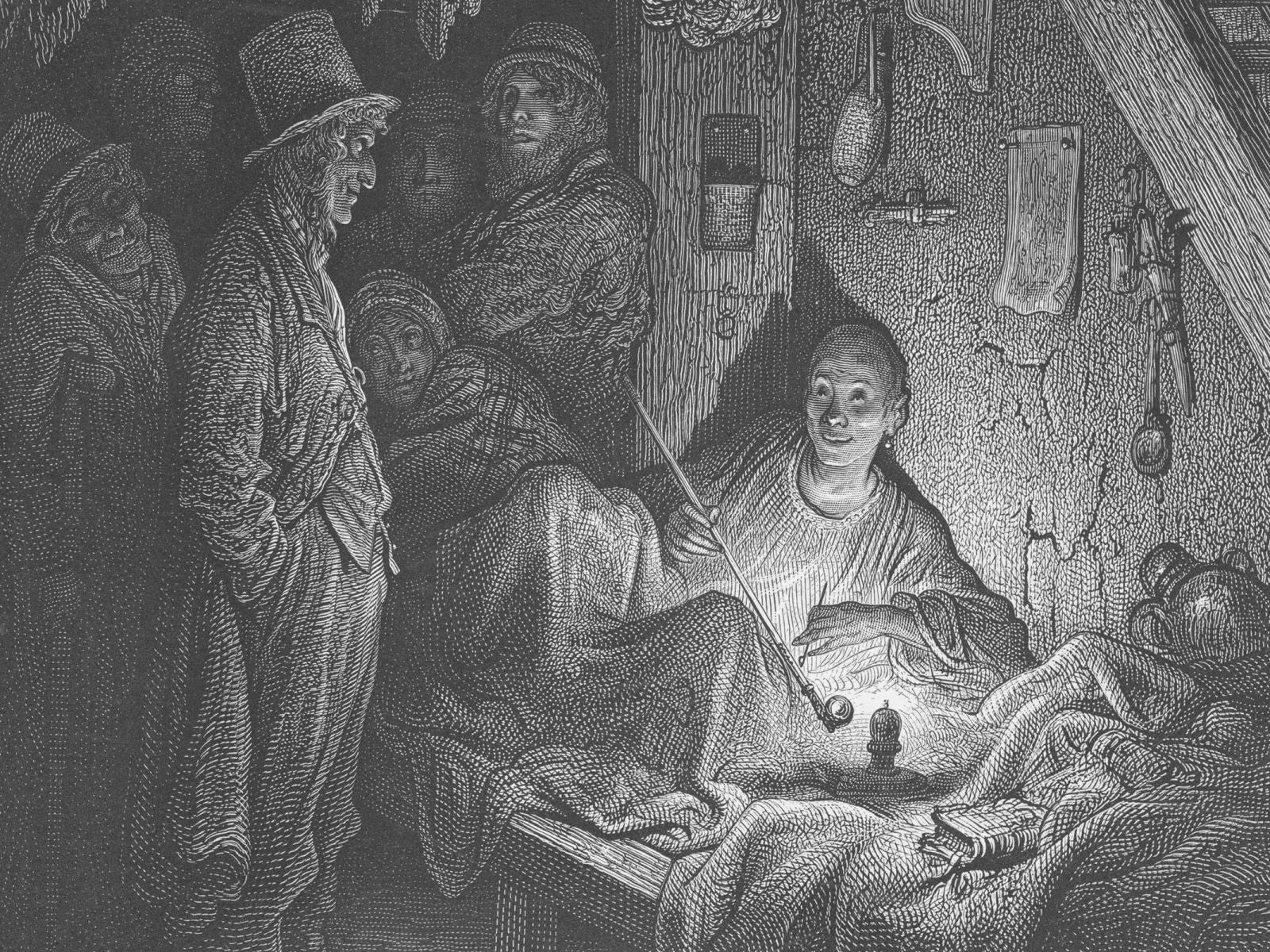 A London opium den in the 1870s, by Gustav Doré
Image: Hulton Archive/Getty

People who study drugs and human society can arrive at curious historical theories. Early in this book we learn of the idea that “the name Jesus actually meant something along the lines of ‘semen’ and that Christ meant something like ‘giant erect mushroom penis’”. It would be invidious, perhaps, to suggest that such symbolic interpretations occur only to researchers who are completely off their tits. 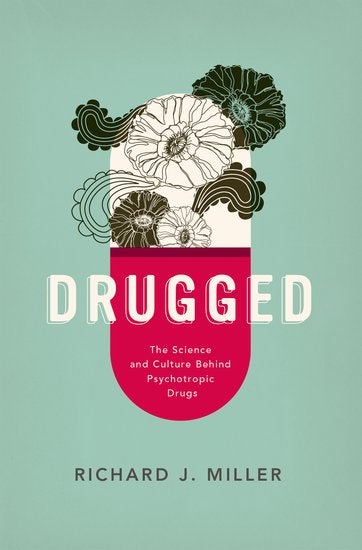 Happily, Richard J Miller, an eminent professor of pharmacology, soon leaves such psychedelic conspiracy theories behind for a fascinating and illuminating survey of all the major “psychotropic” drugs – defined as “chemical substances that enter the brain and change the way it operates” – from mushrooms and opiates, cocaine, LSD and MDMA, to Big Pharma’s arsenal of tranquillisers, antipsychotics and antidepressants, and thence to alcohol, nicotine, tea, and coffee. (“Caffeine is the most widely consumed psychoactive drug in the world.”)

Miller deploys numerous chemical diagrams and occasional dense technical explanations of molecular activity, but also cites Thomas De Quincey and 20th-century literary psychonauts such as Ken Kesey. The reports of self-experimenting scientists constitute their own kind of wan poetry. “[Albert] Hofmann originally reported that ergine and isoergine” – which he had isolated from seeds of the morning glory plant – “were only weakly hallucinogenic at best, although they did give him a feeling of ‘unreality’ and made him feel ‘life was completely meaningless’”.

Modern governments have long demonised drugs, repeatedly commissioning expert reports and then denouncing their findings; or whipping up drug scares for frankly racist purposes, as with the American campaign in the Great Depression against the drug of choice for Mexican labourers, cannabis. (The head of the Federal Bureau of Narcotics was the first to popularise the name “marijuana” in English, precisely because it sounded foreign.) The 19th century had been a more rational age, as well as a more innocent one. In that era, Miller explains, “The medicinal uses of cannabis were taken very seriously and endorsed by authorities such as the Lancet […] Even Queen Victoria was prescribed tincture of cannabis. It is believed she was amused (perhaps very amused).” The world now may be inching its way back to a more sensible view, given the legalisation of cannabis by Uruguay in December, and the growing movement for decriminalisation in many American states.

Against the hostility to evidence of modern legislators, Miller is careful to emphasise, humanely, that illegal drugs as well as legal ones have “highly desirable” effects, not just undesirable ones such as addictiveness, or death in the wrong dose or cocktail. (It was reported that the heroin found in the late actor Philip Seymour Hoffman’s hotel room was part of a batch mixed with the super-potent painkiller fentanyl.) After all, if drugs did not have desirable effects, people would never have got into the habit of taking them. “If we consider some of the beneficial medical effects of alcohol,” Miller writes – an unusual way to begin a sentence in our puritanical, units-counting day – “these would include anticonvulsant, sedative, and hypnotic effects.” Nicotine and caffeine, meanwhile, are good for cognition. And opium, Miller points out, is “the most effective drug ever discovered for combating the most basic of all human complaints: pain. Whatever advances are made in medicine, nothing could really be more important than that.”

He goes so far as to argue that “morphine is the most significant chemical substance mankind has ever encountered”. (It is only disappointing that here Miller uses the phrase “chemical substance” in the popular but illogical sense that somehow excludes air, water, and food.) He is fondly non-judgemental, too, on the splendid variety of Victorian pick-me-ups that blossomed before modern prohibition. One, a tonic called Vin Mariani, “was a concoction of cocaine in claret, which was certainly a very reasonable idea”.

It is also useful to have an author on this subject who can remember the 1960s, even though he was there. In a charming aside, Miller explains: “One should remember that at that time, everybody was very infatuated with hallucinogenic drugs and the society they represented. We were all revolutionaries. We thought revolutionary thoughts, listened to Jefferson Airplane, and ingested psychedelic drugs.” But this wasn’t just about tuning in and dropping out: the drug culture was hugely important, as Miller shows, to the emerging field of psychopharmacology, as studying the effects of mescaline or LSD led psychiatrists to suggest new paths of research for the treatment of schizophrenia and other disorders.

Perhaps the most interesting facet of the book is Miller’s demonstration that the progress of understanding in this field has been very far from the smoothly efficient hypothesis-driven caricature of science that is often promoted by its own defenders. For a start, most of the important therapeutic drugs of the 20th century were discovered by accident, and some in surprising places. Antipsychotics were developed from substances produced during the search for fashionable clothes dyes in the 19th century; while antidepressants came out of research that sought novel compounds deriving from a glut of leftover rocket fuel from the Nazis’ V2 programme.

Only after the beneficial effects of such substances were serendipitously noticed by scientists did they then try to figure out why they worked. Miller’s explanations of these investigations make for excellent intellectual detective stories, as much for naturally produced drugs as synthetic ones. Why should the human brain, for example, have “receptors” that spark hungrily in the presence of nicotine or opiates? It was not, as it turned out, that God intended us to smoke our heads off, but that these vegetable substances mimicked what were subsequently discovered to be the brain’s own signalling chemicals – neurotransmitters. (Miller doesn’t address the further interesting question as to why the poppy or tobacco plant should produce substances that trick our receptors in the first place. Happy accident – or brilliant evolutionary strategy for getting themselves widely cultivated?) Thus, research on drugs has contributed enormously to our understanding of the brain.

That understanding is, of course, still in its infancy, and another salutary scientific message of Miller’s book is its emphasis on how much we still don’t know. He offers a useful corrective to simplistic pop-science stories about the allegedly singular roles of dopamine (the so-called reward chemical) or serotonin (“happiness”) in the brain: these are families of chemicals, he shows, with a wide variety of functions. Writing early on about hallucinogens, he comments: “A complete understanding of the way [they] produce their effects would entail a comparable understanding of the neurobiology of consciousness, something that we don’t really possess.” (That “really” is a severe understatement.)

Meanwhile, it is still not clear how medicines prescribed to millions work, when they do at all – “there are some odd things about the use of the available antidepressant drugs which nobody really understands” – and research on others (eg antipsychotics) has been stalled for decades. But Miller cites recent studies suggesting that targeting the brain’s inflammatory response might be a fruitful direction for future research, and we have certainly not exhausted the repertoire of potentially therapeutic substances to be found in plants. One might even add that the global internet-based market for synthetic “designer drugs”, in which enterprising chemists keep one step ahead of legal bans by rearranging atoms in unforeseen combinations – in passing, Miller characterises this stylishly as a “hypertext drug phenomenon” – could also throw up a molecule that might one day help millions. It’s no more far-fetched, at least, than the idea that licking a toad could give you an enormous sense of well-being.

Steven Poole’s “Who Touched Base in My Thought Shower? A Treasury of Unbearable Office Jargon” is published by Sceptre (£9.99)