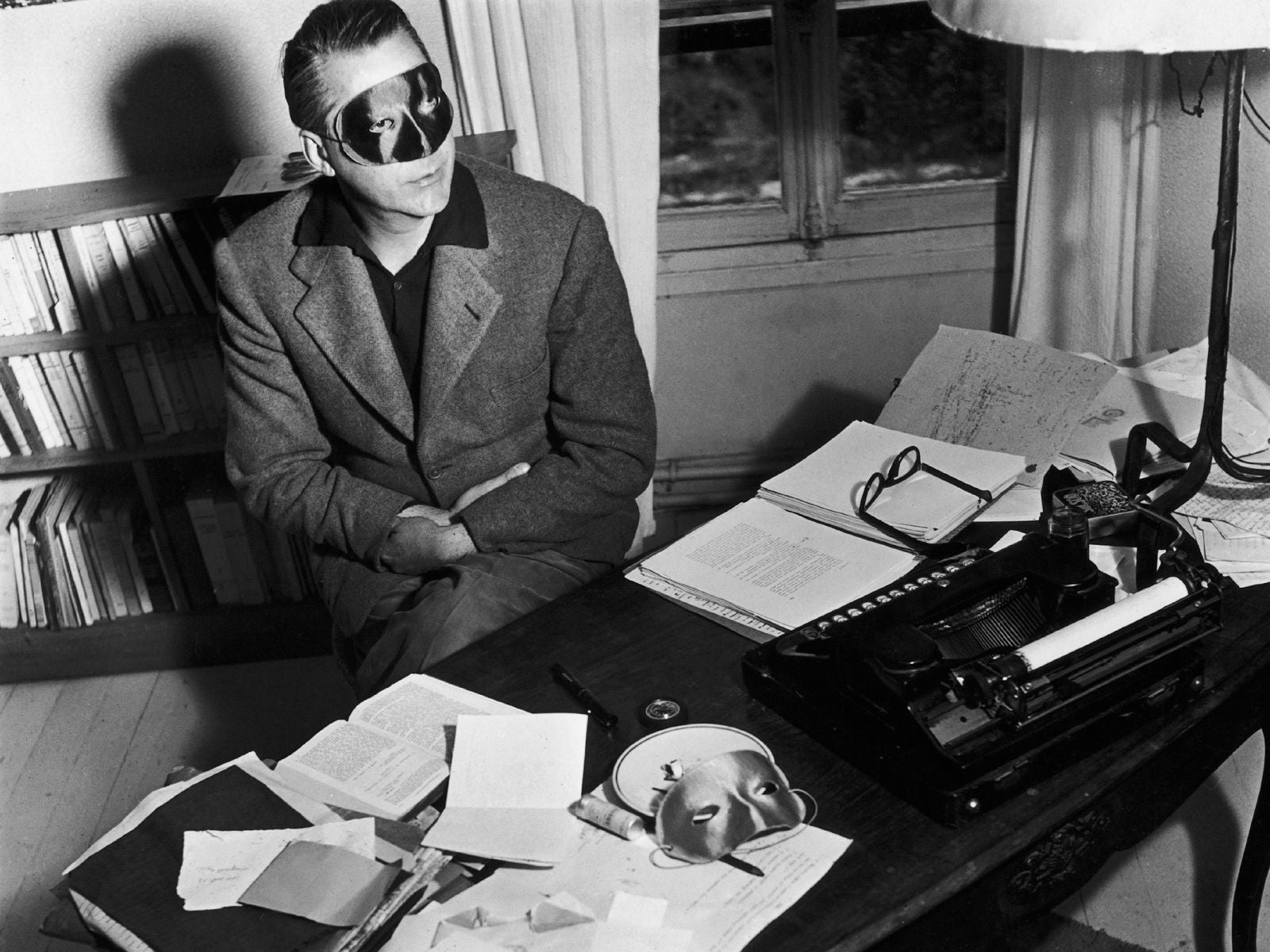 As seen by the Italian writer Curzio Mala­parte, the liberation of Naples by Allied forces in 1943 was the blackest of comedies. Desperately short of food after years of bombing had destroyed the city’s infrastructure, Naples was a seething ruin in which everything was for sale. Priests stripped the churches of anything of value; prostitution was near universal and syphilis epidemic; and the population staged a frantic show of welcoming the liberating armies, “singing, clapping, jumping for joy amid the ruins of their houses, unfurling foreign flags which until the day before had been emblems of their foes”.

Presenting a version of an incident that may have occurred in real life, the narrator of The Skin (who is also called Malaparte) recounts how the American high command dined with local dignitaries on rare fishes taken from the city’s aquarium. Adding a Dalí-esque touch of horror, Malaparte has the last of the feasts feature a dead child, served up on a platter encircled with a wreath of coral. Corpses of children were a common sight at the time and there is more than a hint of cruelty in his account of the Americans turning “pale and horror-stricken” at the spectacle of one of these pitiful figures laid out on the table.

Malaparte’s fictional alter ego describes Colonel Jack Hamilton, the American officer to whom he has been assigned as a guide to the city, as “a Christian gentleman” who had “landed in Italy for the purpose of fighting the Italians and punishing them for their sins and crimes”. An innocent, magnanimous soul, he could not be expected to know that “without the existence of evil there can be no Christ; that capitalist society is founded on the conviction that in the absence of beings who suffer a man cannot enjoy to the full his possessions and his happiness; and that without the alibi of Christianity capitalism could not prevail”. Containing many such passages of savage invective, this book is a sustained assault on every kind of piety. It is hardly surprising that when it was published in 1944 The Skin was placed on the Vatican index of prohibited books.

Like his alter ego, Malaparte joined the US forces as a liaison officer when they entered Naples. It has been suggested he may have become an intelligence asset to the Americans around the same time. In any event, working for them was only one, and not the last, of many shifts in the loyalties of the mercurial Italian writer. Born Kurt Suckert in Tuscany in 1898, the son of an Italian mother and a German father, he adopted in 1925 the pen name of Malaparte – a punning reference to Napoleon Bonaparte (in Italian, buonaparte means “good side”). His new name may have been meant to suggest how contradictory the life of a writer in politics can be. If so, he was well equipped for the role.

Along with many in the European avant-garde, Malaparte embraced fascism not despite, but because of its celebration of violence. Serving as a volunteer in the Italian army for four years during the First World War, he suffered permanent damage to his health as a result of exposure to mustard gas. Yet, far from condemning war, he regarded it as an opportunity for a rare kind of experience in which death and destruction become in some way beautiful. He was not unusual in taking this view. A contemporary of his, the poet Gabriele D’Annunzio, expressed similar sentiments, as did many of the futurists. Their perverse aestheticism proved to be one of the cultural omens of the rise of fascism.

Joining Mussolini’s march on Rome in 1922, urging a strategy of terror against anti-Fascists, travelling to the Eastern Front with Nazi forces when Hitler invaded Russia and accompanying pro-German forces in the forests of Finland, Malaparte was clearly attracted by fascism. Yet a certain refractoriness, coexisting with his slippery opportunism, led to repeated difficulties with his Fascist masters. Starting in 1933, when he seems to have displeased Mussolini – some say by describing Hitler as having a “feminine” nature, others suggesting that he mocked the Italian dictator’s taste in neckties – Malaparte suffered several years of banishment. However, these were passed mostly in pleasant holiday spots, where he lived a hedonistic life as the guest of rich and well-connected friends, so they were not exactly a fearful punishment.

It seems to have been during this period that he conceived the idea of designing and building “a house like me”, the Casa Malaparte, on the island of Capri. Showing no trace of the oppressive monumental style that was in favour in Mussolini’s Italy (Malaparte soon fell out with the prominent Fascist architect he had commissioned for the project), the house is recognised as one of the most remarkable examples of modern European architecture. In a characteristically convoluted conceit, he tells in The Skin of a visit by the German general Erwin Rommel, who asked if he had built the house himself. Malaparte replied that he had bought it, and then, with a sweeping gesture towards the magnificent landscape, declared: “I designed the scenery.” Perched on the cliff edge, a brilliant red structure with pyramidal stone steps and vast roof terrace, the building can be seen in Jean-Luc Godard’s film Le Mépris (1963), an adaptation of Alberto Moravia’s 1954 novel Il disprezzo (translated as Contempt), featuring Jack Palance and Brigitte Bardot.

On the edge: the Capri house bespoke the man. Image: Rex.

A talented and highly versatile survivor, Malaparte was a playwright, film-maker and novelist, the author of a treatise on the technique of the coup d’état and a slightly shady diplomat. But he saw himself above all as a writer creating a new type of fiction, a species of wilfully unreliable reportage in which the most gruesome episodes are recounted with terrifying gaiety. In Kaputt (1943), a hallucinatory version of his travels through Nazi-occupied Europe, he produced a dark masterpiece of magic realism. Ranking with the best of Céline as one of the most powerful expressions of European despair, The Skin tells of the horror of the everyday struggle for survival in a society destroyed by war.

“Our skin, this confounded skin,” Malaparte’s alter ego exclaims to a group of Allied officers. “You’ve no idea what a man will do, what deeds of heroism and infamy he can accomplish, to save his skin . . . They think they are fighting and suffering to save their souls, but in reality they are fighting and suffering to save their skins, and their skins alone.” As Malaparte had witnessed, the inhabitants of Naples were ready to sell themselves and their children for a crust of bread. This was not a pattern of behaviour peculiar to Neapolitans – he always stressed that he admired the city and its people – but a universal human trait, which he regarded as more destructive than war.

If Malaparte’s wartime novels have long been neglected, one reason is that they remind us how deeply many of Europe’s intellectuals were complicit in the rise of fascism. Paul de Man, Georges Bataille, Maurice Blanchot and a host of lesser-known worthies flirted shamelessly with fascism, surfacing safely after the war was over as respectable stalwarts of the radical left. Though he took more risks along the way, Malaparte followed a similar course, veering towards Maoism in the Fifties, meeting the Chairman and in some accounts bequeathing the house he built on Capri to the People’s Republic of China. The trajectory may sound surprising, but in fact it was quite commonplace.

Where Malaparte was distinctive was in his awareness of the contradictions inherent in the positions he adopted. Reporting in 1941 from the Russian front for the influential Corriere della Sera as the only front-line war correspondent in the entire USSR, he forecast correctly that the Russian forces would not collapse as a result of the German advance, but fight on regardless. Having breached the German propaganda line, he was ordered out of the war zone by Goebbels and sent back to Italy for another spell of house arrest.

Malaparte’s despatches were not inspired by any sympathy for the Soviet cause. Rather than seeing it as an Asiatic or Russian perversion of Marxist ideals, as do many disappointed leftists, he viewed Soviet communism as a distinctively European pathology. Equally, Nazism and fascism were not aberrations from an essentially sound civilisation. All these totalitarian movements reflected deep-seated disorders in European civilisation. Malaparte displayed many of these disorders, his late conversion to Maoism being one more expression of a European fascination with ideological violence.

Part of his power as a writer comes from these contradictions. The uncertainty that surrounds his narrator – is he a version of the author, or a fictional character? – not only is a literary technique but reflects his self-division. His writings are full of toxic stereotypes, sexist, racist and homophobic. Yet it is impossible to be sure whether these displays of prejudice were sincere, or rather – as he seems at times to intimate – whether they serve as cryptic expressions of solidarity with the people who are being stereotyped. He has an Allied officer in The Skin ask the narrator, “with an urbanely ironical air”: “How much truth there is in all that you relate in Kaputt?” I suspect that Malaparte, a self-mocking provocateur whose life was a succession of performances, did not know the answer. Paradoxically, it may have been his lack of any coherent self that enabled him to portray the chaos of wartime Europe with such authenticity.

It is well known that a great writer may be a repellent person – we need only think of Dostoevsky. We are less ready to accept that moral defects may be a necessary part of a writer’s art. Yet this seems to have been the case with Malaparte, whose feverish and fractured consciousness enabled him to be a mirror of his time. If you want a vividly realistic picture of the state of Naples when it was liberated, you should turn to Norman Lewis’s Naples ’44 – another blackly comic book that is also luminously sane. If you want to enter into the delirium and cruelty of the period, it is The Skin you must read.

For many years Malaparte was neglected as an embarrassing reminder of the ignominious accommodation that so many of the European intelligentsia reached with dictatorship. Though his political record was no worse than many of his generation, the flamboyance with which he had flaunted his fascism left him beyond the pale of polite society. If he resented this exclusion, he had his revenge when, not long before he died in 1957, he was admitted into the Catholic Church and the Italian Communist Party. Further recognition was slow in coming. Until it was renovated by his grand-nephew, the house in Capri was in disrepair for decades after the war. More recently, a restaurant in New York City was named after the writer.

Now the indispensable New York Review Books, which published Kaputt in 2005, has given us the first complete translation into English of The Skin. An embodiment of Europe’s bad conscience, Malaparte’s voice was one that right-thinking people of every denomination preferred not to hear. That is why this difficult book was so hated and condemned when it first appeared, and remains so well worth reading.

The Skin by Curzio Malaparte, translated by David Moore and introduced by Rachel Kushner, is published by New York Review Books Classics, 368pp, £9.99

John Gray is the New Statesman’s lead book reviewer. His latest book, “The Silence of Animals: On Progress and Other Modern Myths”, is published by Allen Lane (£18.99)