There was another red warning light for the recession to come last week: the fintech start-up Klarna announced it was cutting 10 per cent of its 7,000 staff in a bid to reduce costs. Founded in 2005, Klarna has grown to become Europe’s most valuable private company, valued at $46.5bn, with ambitious plans for cracking the US market and a hotly anticipated IPO. Its core product is simple: giving online shoppers the option to spread the cost of their purchases over instalments, at a zero headline rate of interest.

The gamble taken by the firm’s Swedish founders – that consumers, especially younger ones, could be attracted to new, online-focused financial products – appeared to be paying off. “Buy now, pay later” (BNPL) lending is now a $100bn market globally, with Klarna the largest single payer in it. The primary source of the lenders’ income are fees from retailers – typically around 4 per cent of the sales price. The incentive, for the retailer, is the increase in sales – up to 30 per cent, on one US estimate.

As with the rest of the digital economy, the pandemic transformed BNPL. The Financial Conduct Authority’s Woolard Review found that the BNPL market in the UK quadrupled in 2020 to £2.7bn, or about 1 per cent of the total credit market, with five million users. This growth dramatically bucked the trend across the sector as a whole, as households suddenly confined to their homes and spending far less, took to repaying their debts and building up savings. The expanding base of BNPL borrowers was young, too: in the UK, three quarters of borrowers were under the age of 36, according to the Woolard report.

Klarna’s valuation skyrocketed. BNPL’s impressive growth pointed to the possibility of future expansion, buoyed by the belief that shopping habits had been permanently altered by the pandemic. Giant tech funds such as SoftBank and Sequoia piled into the sector over 2020 and 2021.

Why Britain is once again the sick man of Europe 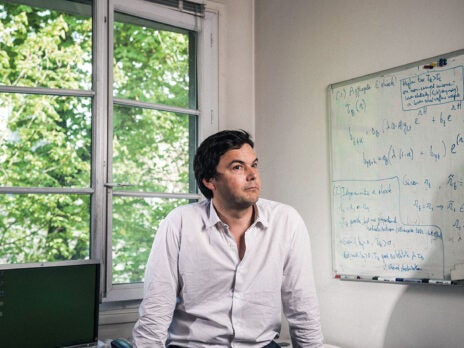 The BNPL business model depends on chasing pennies from marginal borrowers – people who might not, otherwise, have been brought into additional borrowing at all. According to Citizens Advice, one in four UK BNPL borrowers say they used it for something they couldn’t have afforded otherwise, suggesting they were denied access to other kinds of credit. Profit margins in the sector are small – perhaps as little as 0.3 per cent profit on a typical transaction, comparable with those on other financial products. But the crucial difference between more traditional lenders and BNPL, as Redburn equity strategists have argued, is that BNPL spends far less on risk assessment and credit checks of its customers. In a weakly regulated patch of the financial system, BNPL depends on offering relatively small amounts of credit to lenders that otherwise might not get past the checks of traditional lenders. During the boom times, this doesn’t appear a problem: the number of borrowers who can’t make repayments is comparatively low.

[See also: The UK is sleepwalking into recession]

But as broader economic conditions have worsened, the strains will become more conspicuous. Citizens Advice reports that one in 12 people in Britain used BNPL to buy essentials in the six months up to March 2022. Borrowing on credit cards and other consumer lending has risen sharply in the past three months, even as retail spending has declined. Cash-strapped households, facing rising prices for basic goods like fuel, energy and food, are reportedly pulling back on non-essential spending. This is producing some unusual effects as inflation runs into a lockdown-free spring – UK Netflix subscriptions have fallen, retails sales overall have declined, but restaurants and bars have seen a slight bump in sales over the past three months. Crucially for Klarna and other BNPL providers, however, online sales are continuing to tumble.

In principle, the BNPL offer to spread payments could offer some temporary relief for households squeezed by the cost-of-living crisis. But as long as inflation remains well above growth in household incomes – whether from wages and salaries, pensions or welfare payments – this is not a sustainable solution. Already in November last year, one major bank reported to the Woolard Review that of their customers using BNPL, 10 per cent had exceeded their overdraft allowance in the same month. More and more BNPL customers will be pulled into arrears and default – perhaps especially where they were mis-sold the lending product: reportedly, 40 per cent of BNPL customers have borrowed without realising.

The providers themselves, meanwhile, already scraping by on tiny margins, face steep rises in their own borrowing costs as interest rates pick up and business loans become harder to obtain. Klarna has seen a substantial increase in its credit costs since the start of the year. Investors are increasingly wary of the sector. The US-based BNPL company Affirm floated last year, but its value has since fallen by 60 per cent since its November peak. Klarna itself was, as of March, still pursuing its public sale, but with a valuation expected to be a third lower than its 2021 peak. Profits were already hard to come by prior to the surge in consumer prices: Klarna had returned profits for several consecutive years, but the drive to expand had seen rapid cost increases produce bigger losses, which doubled to £540m in 2021.

It’s unlikely the BNPL market will survive the cost-of-living crisis in its current form. But the sector’s woes are an ominous portent of the coming recession and tell us something about what it might look like: households squeezed to breaking point by high prices and low incomes; the inability of much fintech to survive higher interest rates and a riskier environment; and the potential, by autumn this year, of a major consumer debt crisis. Debt relief and write-offs, especially for cases of mis-selling, should form a central part of the response.

[See also: What is inflation?]

Topics in this article: Cost of living crisis, Inflation, Klarna