“There has to be an end to elegies for the dead,” wrote Tom Nairn in After Britain (2001). In the epilogue to that book, Nairn, who died on 21 January aged 90, gave his own account of polling day in Scotland on 11 September 1997: the day the country voted for its parliament. It is one of the most personal essays by a great political thinker. He describes driving across the Firth of Forth to visit a terminally ill friend in hospital. Nairn noticed, with a sense of typically Scottish foreboding, the thick fog covering Edinburgh and Fife, and worried about the sleepiness of a land that was supposed to be determining its future. After visiting his friend, he set off again, driving into Cellardyke, the old fishing village where his family spent an idyllic year in 1940. He reflected on the layers of memory that make up “identity”, “the look of the radio, the warm smell of gas, my mother’s tears at abandoning the seacoast for somewhere far inland – and above all, the excitement of being so close to a favourite fishing pool among the rocks”.

Surrounding all this was the war, and Winston Churchill’s voice on the radio; but “the long continuity of our institutions meant extremely little then”. Yet, Nairn noted, it was the blurring of those grander events with the minutiae of everyday life that helped Britishness “get into our blood”, and made it so “difficult to get rid of”. He looked, finally, at the car park, museum and restaurant that had replaced the old “landscape of herring-boxes” where he had played as a child, and felt “grateful for change, and also impatient: the nostalgia-arithmetic of gains-and-losses had become pointless, it was time to move on. Time to get back and vote.”

Nairn was a Scottish nationalist who understood the appeal of Britain because he knew – and often embraced – the temptations of identity. Having lived through the Second World War and the subsequent boom years, he was part of a generation that remains opposed to Scottish independence. He saw that this opposition was founded not just on nostalgia, but a desire for security and a fear of the unknown. Far from attempting to ease those fears with the promise of more security and better certainty, as pro-independence politicians tend to do, Nairn offered something else: a passionate argument for a self-confident plunge into the unknown.

This is part of what has made him so vital to British intellectual life. Various obituaries have hailed him as the “godfather of modern Scottish nationalism”, but this is barely even true in a purely intellectual sense: Nairn was just one of many who forged the ideological habits of modern Scotland, and his work remains far too rich and exciting to have become common sense, even among the country’s intellectuals. 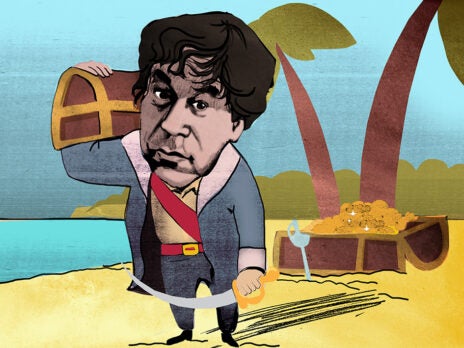 The poetic history of David Graeber

Nairn’s significance goes beyond Scottish nationalism, which, as he himself argued, has been propelled by forces far bigger than mere ideas. Here is an intellectual who knew he was caught up in the world, familiar with the quirky indeterminacy of history, and immune to the puritan visions for which he condemned the more sectarian branches of the Marxist left. This was part product, part cause of an itinerant lifestyle, which saw Nairn buffeted around the planet by gusts of work and curiosity. Fife, Edinburgh, Oxford, Pisa, Dijon, London, Birmingham, Amsterdam and Melbourne all saw Nairn arrive, not just as a resident and worker, but also as a kind of roving detective of world-history, interrogating his host society as if it held the next clue to the great puzzle of modernity.

Yet this should not be mistaken for scholarly passivity. He did not believe that history was something we had to just endure and understand, though his work did at times veer into a more fatalistic melancholy; most of the time he argued that while the future usually knocks at unexpected doors, it always bears new tools with which we can make ourselves and our world more humane and democratic.

Outside of Scotland, he is best known as a theorist of British historical development, creating, with Perry Anderson in the 1960s, the so-called Nairn-Anderson thesis. This explained British “decline” as a consequence of the state’s earlier, abnormal success, and of the British people’s failure to mount a “complete” revolution against their pre-modern rulers. Yet even this is just a glimpse, cherry-picked from a dense and disparately published corpus, of what is not so much a specific theory as a whole intellectual galaxy. It will take time to map Nairn’s work as a set of elegantly constellated ideas, spanning almost every British political and cultural phenomenon one can think of, each radiating its own heat and light but combining together into something spectacular. Across countless magazines, books, columns and lectures, this shy man from the small town of Freuchie in Fife gave us a whole new paradigm for thinking about Britain and its constituent parts, grabbing an anti-theoretical culture and dragging it into alignment with the other world-theories on which Nairn drew.

Among the various writings, we can find more resources for hope and action than he is often credited with providing: his demands for a modern English republicanism, expressed most powerfully in The Enchanted Glass (1988), are more deserving of serious study than ever before; as is his socialist support for European integration, first articulated in The Left Against Europe? (1973). This was later extended in what Nairn called “globality”, in which he argued that “progressive” globalisation and “democratic nationalism” needed each other to flourish. Then there was his brief stint as a political activist with the Scottish Labour Party, which split from Labour in 1976. Through his involvement with the party, Nairn dreamed of a new kind of partisanship: more democratic, decentralised, ideological and “movement”-oriented than before, and unafraid of national identity (a dream taken up by the Scottish Green Party, as well as elements of Corbynism). Nairn was also an intellectual lodestar for the Charter 88 movement for constitutional reform, launched in the pages of the New Statesman in 1988. Nairn’s exasperation with New Labour’s piecemeal reforms, which sizzles across his 2006 polemic Gordon Brown: Bard of Britishness, also haunts the former prime minister’s recent proposals for further half-measures.

Looking back at the early years of Nairn’s career on the New Left in the 1960s, he does not come across as wholly exceptional. He was a leading figure among several brilliant intellectuals: all cosmopolitan, multilingual, European-minded and heterodox in their Marxism. Nor was it unique that he made his way there from “Outer Britain”: Raymond Williams did so from Wales, Stuart Hall from Jamaica, and many others worked outside of London and the south-east. But Nairn stood out for the unromantic nature of his thought, never precious about doctrine or “isms”: if he did not resist the language of heroism, damnation and melodrama, he resisted its politics. Among his peers, only Perry Anderson has been more ruthless than Nairn in expunging the promise of an eventual victory from his socialism; but this has come at the cost of immediate political possibility. For Nairn, possibility is still close at hand, in the form of an “us” that already exists – not one waiting on the other side of class consciousness, or some new party or cause, or the revolution, but already present in the unmet promise that nation and democracy, like freedom and whisky, should gang thegither.

Nairn held fast to that basic republican promise through decades of political chaos and interference, adjusting the compass when events required it. When navigating in poor visibility, you are supposed to fix upon some clear object in your path – a rock, or a fence post – and head towards it. In a total white-out, you can call on a member of your party to go on ahead and stand there, battered by the wind and cold, giving you something to aim for.

Socialism, hidden today by blizzards of distraction, has been too far off for simple navigation. But in Tom Nairn’s lone, wind-blasted national republicanism, the left has been gifted something visible and reachable. His books and essays now form craggy landmarks which others can still use to approach the present from whatever past they inhabit. But in losing the man, those of us with eyes on the future have lost something rare and precious: a thinker who was brave and clear enough to keep striding into the storm, marking the way. There has to be an end to elegies for the dead – but not yet. We still need Tom Nairn.

Topics in this article : Intellectual , Scotland , Scottish independence , State of the Union

@shirkerism
Rory Scothorne is a New Statesman columnist and the co-author of Roch Winds: A Treacherous Guide to the State of Scotland.