On 14 May another “lone wolf” fascist struck. Describing himself in his “manifesto” as a neo-Nazi, the killer attacked a branch of Top Friendly Markets in the city of Buffalo, New York, where he knew the majority of shoppers would be black. He livestreamed the attack, shooting 13 people, killing ten and injuring three. Eleven of his victims were black.

Lone wolf attacks in the US are a politically-motivated subset of the wider phenomenon of mass shootings – which have been happening at an increasing rate for years. As of 17 May, according to one database, there have been 203 mass shootings in the US this year, killing 212 people and injuring 843. Between 2014 and 2020, the numbers killed annually in mass shootings rose from 269 to 611.

Both the number of lone wolf attacks and the rate of increase have also been rising. According to the database kept by Mark Hamm and Ramon Spaaij, authors of Age of Lone Wolf Terrorism (2017), the number of such attacks in the US in the 1980s was 31; in the 1990s, it was 27; in the 2000s, it was 54; by 2016, when Donald Trump took office, it was already 115 for the 2010s. The spread of these attacks follows the pattern of a social contagion, the recent acceleration resembling the upward stroke on the S-curve of diffusion. In recent years, the forms of right-wing violence have diversified, from armed anti-lockdown protests, vigilantes searching for “Antifa“ during the Oregon wildfires in 2020, and militias patrolling the streets to attack Black Lives Matter protesters, to the Capitol riots in January 2021.

When such murders happen, securitarian think tanks offer solutions based on monitoring and controlling “online hate”. There are reasons for this. The spread of lone wolf fascism is self-consciously memetic. Lone wolf killers study and emulate one another. They make every effort, from writing manifestos to livestreaming their murders, to court emulation. Their manifestos are almost identical in their justifications, their breezy explanations of their methods and killing tools, their mawkish self-lionising, and the surfeit of delusional claims culled from the internet. Anders Behring Breivik, whose 2083 spawned a plague of imitations, claimed that his murders were the “marketing plan” for his manifesto. That manifesto was packed with, amid pastiche of gamer talk and Marvel-style fantasy of international civil war, diatribes cut-and-pasted from right-wing Anglo-American websites such as Robert Spencer’s Jihad Watch.

The Buffalo killer attributes his radicalisation to time spent during lockdown on /pol/, a 4chan imageboard notorious for its anti-Semitic, white-supremacist and neo-Nazi content. He “learned through infographics, shitposts, and memes that the White race is dying out”. He planned to kill himself “to escape this fate”, until he was enthralled to discover the livestreamed mosque shootings that occurred in Christchurch in 2019. That began his “real research” into the “great replacement”. The spread of online memes was overtly credited by the Christchurch murderer, who emulated Breivik and was the model for the Buffalo killer, with having “done more for the ethno-nationalist movement than any manifesto”. 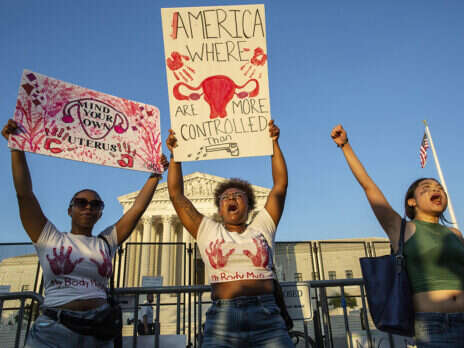 This is one reason why the manifestos are so similar: they are supposed to act like memes. Their content matters less than that they play to online communities of the lone-wolfish, who ensure the manifestos are distributed. These anonymous users (“anons”) speak of lone wolf atrocities in the same detached, ironising manner as the killers themselves. Admirers of the Christchurch killer expressed a desire to “beat his high score”. One anon described the killer’s livestreamed massacre as “possibly the most powerful meme we have ever had: the shooting video”. When lone wolf shooters post just before embarking on their rampages, anons beg them to “get the high score”.

But simply policing online hate is unlikely to be effective. Even expanding the net of critique to include mainstream politicians and newspapers who promote racist conspiracy theories will not help things if it does nothing to address the question: what sort of social contagion is this? The sociologist Damon Cento distinguishes between simple and complex social contagions. Simple contagions have a low threshold for adoption and transmission, spreading fastest through networks with “weak ties” such as the internet. Complex contagions have a higher threshold for uptake and are actually slowed by a society of weak ties. They tend to spread, like historic social movements, in geographic waves through people who know each other well. Interwar European fascism, the original “brown plague”, as the French intellectual Daniel Guérin called it, spread through a vibrant culture of veterans’ associations, military clubs, rightist parties and paramilitaries. From Germany’s Stahlhelm to France’s Union nationale des combattants, veteran organisations were the backbone of a violent social movement opposed to republicanism, democracy and socialism. They had close links to conservative political parties and they were enmeshed in a thick civic network of churches and voluntary organisations.

The lone wolf plague behaves like a simple contagion but has taken off in a different environment. It spreads not through tightly knit communities, but through anti-communities of anons: people who don’t know each other and, as their trollish subculture mandates, are often brutally sadistic to one another. The lone wolf contagion behaves, that is, like an antisocial social movement. That gaming forums are often the anti-community of choice is telling. In the context of declining social interaction, dating and sex – especially in the younger generation – online chat is more satisfactory than face-to-face interaction. A lonely person can be a “legend” in online communities: Breivik spent the years prior to his massacre avoiding association and playing Call of Duty in his mother’s house.

However, gaming is not just socialising. As Alfie Bown puts it in The Playstation Dreamworld (2017), games are “devices that operate us”. They take the user into a fantasy world that is not their own and gives them a chance to desire things – such as the experience of killing large numbers of people to “get the high score” – that they do not actually desire. As the QAnon cult demonstrates, by drawing participants into a live-action role-playing game in which they construct a nascent millenarian religion enthralled by the scenario of a cleansing “storm” out of clues left by “Q”, the far right has already learned how to operationalise this phenomenon.

The beginnings of the lone wolf concept can be traced to the activities of far-right Vietnam veterans. As Kathleen Belew’s history of “white power”, Bring the War Home (2018), shows, the Vietnam War helped build some of the networks that would carry out major acts of violence, such as the Greensboro Massacre of 1979, in which members of the Ku Klux Klan and the Nazi Party killed members of the Communist Workers’ Party in the streets of Greensboro, North Carolina, with the connivance of local police. Yet, they quickly devolved into an insurrectionary subculture, hostile to a government they considered treasonous.

It was from within the Knights of the Ku Klux Klan, the organisation founded by former Nazi student agitator David Duke and future Stormfront proprietor Don Black, that the lone wolf tactic was formulated. Louis Beam, Grand Dragon of the Texas Klan, had killed with distinction in the Vietnam War. On his return, he organised militias to attack Vietnamese migrants, and was charged twice with attacks on leftist headquarters. But he worried that any formal armed hierarchy could be too easily infiltrated and dismantled. In the writings of an ex-CIA agent, Colonel Louis Amoss, he found the concept of “leaderless resistance”. Beam, an ardent anti-communist, foresaw a dark night of federal tyranny over the white race comparable to communist dictatorship, in which only leaderless violence was possible. This was a tactic born of political isolation and millenarian impatience. One of its advocates after Beam, neo-Nazi Tom Metzger, argued that lone wolf attacks were necessary because most whites were “brain dead”, and part of a herd.

Why, then, are a growing number of young men drawn to being “red-pilled” by catastrophising ideologies preoccupied with “white genocide”, “the great replacement” and similar end-times scenarios, and enthralled by the drastic actions they inspire? The modern lone wolf phenomenon flared up in an impoverished civic environment, amid the breakdown of social bonds, rising income inequality, collapsing social trust, and the transitional crisis of inherited social norms. The only sacred moral and political rule in the era of lone wolf ascent was universal competition and generalised paranoia. Lone wolf massacres are, in the terms of sociologist Émile Durkheim, crimes of “anomie” par excellence.

At the start of the neoliberal era, the historian Christopher Lasch warned in 1984 of a new kind of survivalism, predicated on a “minimal self”. The new self, rendered docile by systems of mass production that deprived people of initiative, and excluded from meaningful democratic action, was also assailed by the constant image of disaster, whether nuclear stand-off or ecological collapse. “Under siege,” he wrote, “the self contracts to a defensive core, armed against adversity. Emotional equilibrium demands a minimal self, not the imperial self of yesteryear.” Having no faith in the possibility of collective action – since the majority were “sheep” – the “minimal self” would choose not to engage with the world but would instead retreat into a bunker (mental or real) and prepare to survive the apocalypse. In prepping for the apocalypse, they would also will it on: a tendency displayed by the Boogaloo movement, QAnon and the lone wolf fascists.

The crude millenarian ideologies espoused in lone wolf manifestos are also an attempt to make sense of personal history. Hamm and Spaiij document a tendency for lone wolf attackers to knot together personal and political resentments. Counter-terrorism expert Florian Hartleb describes this as a “personal ideology of grievances”: we might call it a personal conspiracy theory. Its cri de coeur, like all conspiracy theories, is “they’re all out to get me”, and that “nothing makes sense”. In a crisis of meaning, the racist conspiracy theory is a self-cure for madness: as Ernst Simmel wrote on anti-Semitism, the “flight into mass psychosis” is an attempt to cure “individual insanity”.

Finally, the lone wolf manifesto expresses a death-wish. Lone wolf fascists tend to survive their deeds, but in their fantasies they usually die. Like other mass shooters, including Brevik, the Buffalo killer had fantasised, in the year before his action, about committing a “murder-suicide”. His manifesto anticipated his death and, following his murders, police talked him down as he pointed his rifle at his neck. As Pankaj Mishra puts it, the religion of whiteness has become a suicide cult.

Richard Seymour is a writer, broadcaster and activist. His latest book is The Twittering Machine.