Even in his down-time, Professor Sir Ian Diamond thinks about numbers. The UK’s national statistician is also a qualified football referee and, at the age of 67, still participates in the game – which he sees less as one of two halves and more as one of multiple fractions.

“I am at all times aware of what percentage of the game has passed and what time needs to be added on at the end of each half,” he said, smiling. He draws a line, however, at calculating the odds of victory according to who wins the coin toss. “I find it a wonderful way to enjoy the game, and to concentrate on something other than work for a short period.”

The past two years haven’t given him much pause for football, however. As permanent secretary of both the Office for National Statistics (ONS) and its parent body, the UK Statistics Authority, he became one of the most influential officials in the country when the pandemic hit. Suddenly, his wiry frame, wispy grey hair, salt-and-pepper stubble and owlish gaze behind thick-rimmed glasses became a familiar feature on the UK’s television screens.

He addressed the nation alongside ministers at televised Downing Street press conferences, did interviews on the BBC’s The Andrew Marr Show, and began serving as a member of the government’s Scientific Advisory Group for Emergencies (Sage). 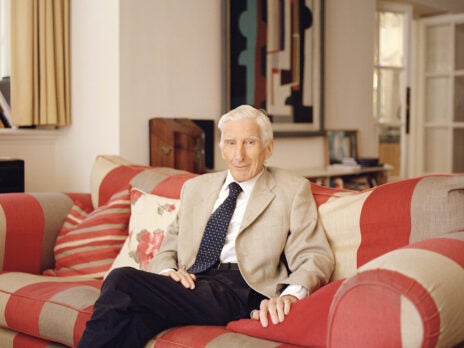 The ONS transformed the way it worked. Every tendril of Covid-19’s impact on UK lives was measured – from the price of a loo roll amid the stockpiling in March 2020 to our level of antibodies to how lonely people felt. Its data shaped the response to the pandemic, contributing to Sage’s estimates of the R number, decisions on when to exit lockdown and impose local-level restrictions, a review into Covid-19’s disproportionate impact on minority ethnic groups, and the policy on keeping schools open.

Although he never quite gained the unlikely cult status of some of his fellow, more prominent government academics – such as the chief medical officer Chris Whitty and his former deputy Jonathan Van-Tam – Diamond became a public public figure.

“I felt it was an enormous privilege that people thought I had something to offer,” he said. “[With] Chris and Jonathan, as a nation we owe them an enormous debt… their communication at the press conferences was brilliant.”

Nevertheless, a few weeks into the first wave, Diamond embedded a team of his own ONS researchers into the No 10 communications unit, to ensure that the slides presented to the public of case rates and deaths were of a higher quality.

Data was used sloppily in parts of government. Twice, the UK Statistics Authority chair, David Norgrove, wrote to Matt Hancock when he was health secretary warning him to stop misrepresenting testing figures. There was also the botched A-level results algorithm and the failed plan to centralise data in a Covid-19 app, which was downsized to a Test and Trace add-on.

“I recognise that people were working very hard, and I think Sir David was entirely right to write the letters that he wrote. I was equally impressed at the extent to which, for example, the Department of Health reached out for support in producing those [testing] statistics,” Diamond said, speaking over video call from his sparse study at home in Somerset. (The ONS is based in Newport, south Wales, and Welsh government working-from-home guidance was still in place when we spoke.)

Having become the UK’s national statistician in October 2019 – after leaving his post as principal and vice-chancellor of the University of Aberdeen the year before – Diamond had never before had to coordinate a rapid data response. “It has been a really different time for me. We’ve never, I think, been put under the real national need to deliver great statistics at great pace, and to do so in the trustworthy way that we pride ourselves on,” he said.

Some of the results he was receiving almost in real-time took him aback. “It was amazing to me to see the speed at which particularly the Alpha variant or subsequently Omicron became dominant. The speed at which the Omicron epidemic grew was a surprise to me.”

Simultaneously, his department was conducting a census – the ten-yearly statistical feat that requires data collection from every household – under lockdown conditions. Its results, he revealed, will be published in a couple of months. “The brilliance of my colleagues knows no bounds!” he said.

So what of Downing Street attacks on the “Whitehall Blob” working from home? Boris Johnson reportedly wants officials back at their desks. “I remain unbelievably impressed and in awe of the work my colleagues have put in in the last 18 months,” Diamond replied, highlighting their productivity.

With ONS officials largely working from home over the past two years, they have still published more stats than ever before. This was an “enormous challenge”, Diamond said, and “the people who led it deserve a massive pat on the back”.

One data set that few people were interested in before the pandemic quickly became the most sought after – and scrutinised: death figures. The ONS – where death certificates are sent – began turning this data into weekly, digestible releases for the public. It remains contentious. Whether people are dying from or just with Covid-19 is a point of distinction for those who are sceptical of lockdowns and the reported dangers of the virus.

“On a death certificate, the registering doctor or medical person can give two causes of death, and if either of those causes includes Covid, then we would put that down as a Covid death,” Diamond said.

“That seems to me entirely reasonable and meets international standards. Then you get into a discussion about the importance or not of the other cause. That is not something we are in a position to adjudicate on.”

Yet he and his team have had to deal with widespread exploitation of statistics as misinformation proliferated online. A recent Freedom of Information request to the ONS showed that the number of Covid-19 deaths in England and Wales with no underlying causes stood at 17,371, and this has been pounced upon by lockdown sceptics.

“The fact that only a small number of deaths have Covid as a single cause of death is neither surprising nor contradictory with our statistics,” Diamond said. “We know that Covid has its worst impact on the elderly, of whom the majority have a co-morbidity. That co-morbidity may have reduced the body’s ability to have withstood Covid but does not take away from the fact that Covid was, sadly, the underlying cause of death.”

Yet the ONS has had to improve some of its statistics elsewhere. For example, it will in future report inflation’s impact according to income and on supermarket prices, after the budget recipe writer and food poverty campaigner Jack Monroe pointed out how rising prices hit poorer people the hardest.

Now, as Covid cases fall, Diamond is keeping a close eye on other trends: the continued effectiveness of vaccine boosters, the higher prevalence of the virus among “very young children”, and the disproportionate number of over-50s leaving the workforce.

“The government has taken what I think to be the right decision to move away from Plan B, and we will be using our social and economic data to look at how people are feeling, the change in their behaviour,” he said. “Will we see a decline in mask-wearing? Will we see an increase in people going to the office? Will we see rises in transport use, and people visiting retail sites? We’ll be watching it all.”

[see also: Why it’s a dangerous myth to claim that only 17,000 people died of Covid]

This article appears in the 02 Feb 2022 issue of the New Statesman, Going Under