We often wonder why so many leaders do terrible things and seem utterly unsuited to their roles. But most of us don’t wonder enough to sit down with a former Thai prime minister who allowed the army to shoot civilian protesters, or the daughter of an African dictator who fed his opponents to crocodiles. For the political scientist Brian Klaas, that’s the only way to find out.

“What I was trying to understand is what was going on inside their head, what had allowed them psychologically to do these things, and how had the systems promoted them, tracked them into power,” he explained, speaking to me via Skype from his home in the south of England. Behind him was a copy of his new book, Corruptible: Who Gets Power and How it Changes Us.

Klaas, who is 35 and an associate professor in global politics at University College London, doesn’t seem the type to go gallivanting around conflict zones to talk to coup-plotters and war criminals. With a cheerful Minnesotan accent that will be familiar to fans of his Power Corrupts podcast – in which he explores new and terrifying ways civilisation could end, from accidental nuclear war to cyber attacks poisoning national water supplies – he talked excitedly about his new puppy and the beauty of the English countryside.

It’s a world away from the interviews that fill the pages of Corruptible. As well as the Thai prime minister and dictator’s daughter, the book features a former cult-leader turned bioterrorist who tried to poison an entire community to rig an election. (She offered Klaas a glass of water; he declined.) There’s a lawyer who made the legal case for green-lighting torture by US forces during the Afghanistan War, and another tasked with putting a monetary value on the lives of victims of 9/11 as part of the compensation scheme. In one remarkable episode, Klaas takes a skiing lesson with the man who was sent by George W Bush to run Iraq. The diplomat suggested those looting in Baghdad in the wake of Saddam Hussein’s fall should simply be shot.

Psychic Sisters’ Jayne Wallace: “I open my crown chakra and throw out a beam of light” 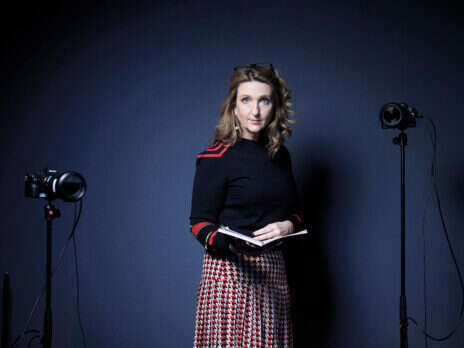 The aim is to work out whether the adage (and podcast title) is true and power really does corrupt – or if something more interesting is going on. Power manifestly can distort the morality of individuals who hold it – there’s evidence that it even changes our brain chemistry. But more important to Klaas are factors we think far less about: what kind of people are drawn to power in the first place? Why do our systems for appointing leaders repeatedly put the wrong people in charge? And what do we have to change to weed out corruptible candidates and help leaders who do have a moral compass maintain their integrity?

[See also: Where is Liz Truss?]

The answers are complex, spanning the fields of neuroscience, sociology, evolutionary psychology and even biology. But the starting point is simple: power-hungry people are, by definition, more likely to seek power. Whether running for national office or applying to manage the local homeowners’ association, those who get off on the idea of controlling others naturally put themselves forward, while most people look at the stress, scrutiny and public pressure, and politely decline.

“Our modern society has made it extremely unattractive to normal, decent human beings to end up in positions of power,” Klaas said, noting that he himself gave up any childhood fantasy of becoming US president as soon as he realised how dirty American politics is. “I don’t think I’m alone in that. I think there’s lots of people who think: I could make the world a little better, but the cost might be enormous to me.”

For that reason, Klaas believes, the pool of prospective leaders is already skewed towards those who should be kept well away from power. “I conducted 500 interviews with some of the worst people around – and they weren’t normal,” he recalled. “There are quirks about them, there’s something wrong with some of them, but they’re all very, very good at getting into power. And that’s not an accident. There are ways you can counteract that tendency or amplify it, and I think we’re unfortunately amplifying it quite a lot.”

The issue of recruitment doesn’t usually come top of the list when debating how to reform our political structures. But the impact of who applies for a role – and how much competition there is – can be substantial. One particularly chilling section of Corruptible deals with the remote village of Stebbins, Alaska, in which every single police officer had been convicted of domestic violence. Low levels of applicants meant the police force had to accept anyone who applied – including criminals. How can you tackle police abuse in that situation?

“It’s a lesson: if you have a low number of recruits, so you don’t have much competition or only the power-hungry compete, it’s no surprise that you end up with these corruptible people in power,” Klaas warned. “So you have to proactively seek out people who don’t want power, which is very difficult to do but is also the quintessential starting point.”

Speaking of corruptible people in power, I feel compelled to mention the elephant in the room. As well as his podcast, Klaas is known for his Washington Post column, which he has used to highlight the corruption of the Trump administration and the breakdown of democratic norms in the US. He wrote a book in 2017: The Despot’s Apprentice: Donald Trump’s Attack on Democracy. Yet in his new book, which is all about bad leaders who get into power thanks to bad systems, the former president is not mentioned. “I’ve devoted a significant chunk of my professional life over the last five years to shouting from the rooftops that Donald Trump is a dangerous individual,” Klaas said. “When I sat down to write Corruptible, one of the first things I decided was that Donald Trump’s name will not appear in this book.”

What does appear is a list of remedies that, taken together, might help us get better leaders – in politics, business and beyond. Some are designed to improve the systems that enable corruption: rotating police officers and bankers around departments to make spotting abuse easier; or compelling those in charge to confront the people their actions are harming. Others target corruptible individuals themselves and urge us to rethink how we assess the qualities of those who lead us – at the very least, screening them for psychopathic or narcissistic traits.

Klaas told me he’s training to become a volunteer guide at a historic site. “It’s a six-month training programme, I have to do two-and-a-half hours every Monday, and then I have to pass the test twice in order to be unleashed on the visitors for my 45-minute tour. The prime minister has fewer requirements than I do for leading an entire country.

Klaas, who has spent his career studying dictators and despots, says he oscillates between “short-term pessimism and long-term optimism”. He thinks there are ways to fix our broken systems, although the strain on democracy in many countries “is going to get worse before it gets better”. But rather than being defeatist, he hopes his book will spur people to think harder about our responsibility in handing control to those least suited to it.

“Power is a relational thing, you can’t be a leader if you don’t have followers. So as much as we complain about the leaders we have, we have to acknowledge, at least in a democratic society, that we put them there.

[See also: How will the Conservative leadership content work?]

Newsletters from the New Statesman View all newsletters
Subscribe for the best of our politics, international affairs, culture and business coverage, straight to your inbox
THANK YOU
Topics in this article : Brian Klaas , Leadership , Leadership challenge , leadership contest