The importance of forgiveness is a piece of conventional wisdom: we patiently explain it to our children, see it dramatised in television shows, and even the atheists among us might recognise it as a sensible tenet of many religions. But we spend less time considering the emotional costs and rewards of forgiveness, or what it might mean to forgive someone who has done us life-altering harm.

The BBC Radio 4 series Forgiveness: Stories from the Frontline variously frames forgiveness as difficult, healing, a tool to regain power, an act of “survival” and an act of “healthy selfishness”. The journalist Marina Cantacuzino speaks to those who have experienced acts of violence about the role of forgiveness in their response to that trauma: a man who lost his mother in a targeted attack during the Troubles, a survivor of female genital mutilation and a South African priest who lost his hands when he was sent a letter bomb during apartheid. Each conversation is unexpected, upending assumptions of how and why we might forgive.

The most striking episode is the first. We hear Rosalyn speak, with candour and composure, of how she was raped at knifepoint by a stranger who broke in to her home. Before this event she was a person – afterwards she was reduced to “the scene of the crime”, a “ghost”. Once he was jailed, she became haunted by thoughts of her rapist: what was he having for breakfast? Wanting to let go of these feelings, she decided: “I could not forgive the act – but how about if I could forgive the man today?” They met at his prison, through a process known as restorative justice. At first, Rosalyn didn’t recognise him. “He looked… the only way I can describe it is quite pathetic.” She emphasises that last word – is that anger in her voice, or pity? After a three-hour-long meeting, Rosalyn gave her attacker her forgiveness, prompting him to burst into sobs. Then she left the room. “It was only some time later that it dawned on me that 14 years ago, he had left me in a room. And now I got up, with my power and control back – and I left him there.” 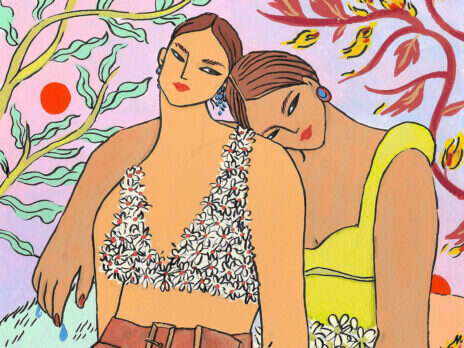 A queer kind of poetry

[See also: Careering review: How to sell your soul for clicks]