I’m not angry at the guys at Oculus Rift for selling to Facebook. Two billion dollars is top hat and monocle money. No amount of nerdy enthusiasm can repel capital of that magnitude. So it goes.

What does this mean for the Oculus Rift, though? The word “dead” is a good starting point. Whatever the Oculus Rift was or might have been is now dead. A device that was shaping up to be the most radical advance in video game technology in a generation will instead now become some sort of Facebook thing. Just the idea of it makes my flesh crawl. The Oculus Rift allowed players to feel a level of immersion beyond anything a mere screen could offer. I’d sooner shove my head into a whale’s blowhole than be immersed in Facebook. And I don’t even really know what would be in a blowhole. I’d chance it.

The problem is that when you take something that was designed to be a high-end piece of gaming hardware and make it something for everybody, you’re killing the heart of it; you are killing the ambition and the pioneering nature of it. Oculus Rift was potentially a leap forward in game technology, not just a step. Sure, it was a leap forward that only a few people would be able to make at first, those with the necessary computer hardware and so on, but that’s how technology starts, the enthusiasts pick it up and it grows outward from there. It’s not elitist so much as it is a process. The average consumer doesn’t want to be a beta tester or a guinea pig, but enthusiasts love it. So developments take time, but they usually end up working out fine. The Oculus Rift for its part could have become the next big thing had it been allowed to grow organically like everything else does. Sure it wasn’t going to be universally popular right away, but barring some sort of insurmountable flaw popping up it looked like a sure bet for success.

Red Dead Suffragettes: When violence against women is reflected in our culture 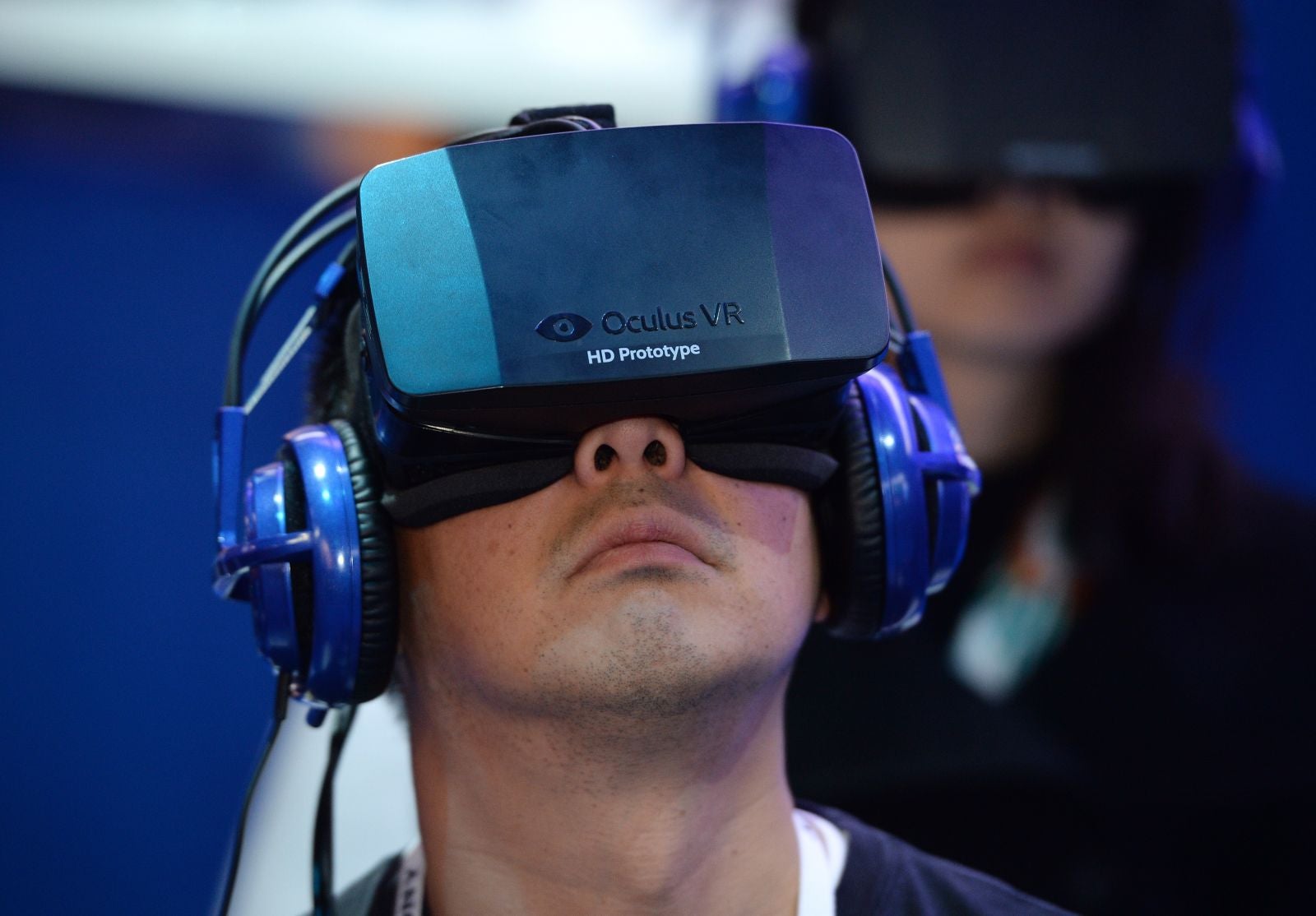 A prototype of the virtual reality headset, Oculus Rift, in January 2014. Photo: Getty

Had the Oculus Rift succeeded it would have dragged games technology with it, expectations would have raised, progress would have happened. Home computer hardware would finally have had a reason to step up after years of competition with consoles they haven’t tried to be state of the art in almost a decade. Humanity would have finally unlocked the achievement ‘Virtual Reality Is A Thing Now’ after decades of frustration.

Thus Facebook coming in at this stage feels like it could be a very bad thing indeed. The Oculus Rift isn’t a finished technology yet. It needs better screens, it demands such a very high frame rate in applications that games have to be very simple or else the computer running them has to be hugely powerful and it can cause motion sickness in some people. There is a long way to go even before it becomes a ubiquitous device for video game enthusiasts, let alone the general public. So if Facebook does shift the goal of the Oculus Rift from starting out as a minority interest technology to being a two-headsets-in-every-living-room media device then we’re going to see it evolve into something different from what was on the cards before. The potential revolution in home video gaming could be replaced by yet another white elephant.

Of course this is speculation. Maybe Facebook won’t change anything about the Oculus Rift or the direction in which it is headed, but that would be spectacularly bad business considering the amount of money they just sank into buying it. You don’t spend two billion dollars on a company just to tell them to crack on as they were doing.

Facebook knows that there’s more money in Farmville than there is in Elite Dangerous or Day Z. They know all about mass appeal. Past that they don’t want to make, or facilitate the making of, great games. They want our metadata, they want to expand the number of users they have and they want to bombard us with adverts. There’s nothing wrong with that, it goes with the territory as a social media company. However we have no reason to believe that anything good, from a gaming point of view, will come from the acquisition of a gaming technology by a social media firm.

I would love to be pleasantly surprised by the Oculus Rift. Maybe it will be everything that it could have been and more, backed by greater public interest and wedges of fresh money. However it’s much more likely that this is it for any Oculus Rift powered gaming revolution and possibly Virtual Reality too for the foreseeable future. This might all sound rather bleak, and, well, it is. Also there’s no Santa Claus and one day the sun will burn out. I say one day, it won’t actually be a day, and we’ll all be dead.