This issue isn’t helped by Hollywood’s lack of diversity, which leads to even the least morbid narratives about black life being told through the “white gaze”, which assumes that the “default” viewer is white. Less trauma-heavy anti-racist movies such as The Help (2011) or Green Book (2019), lazily tell their stories through the comfortable distance of a white protagonist, and also position racism as a long-forgotten artefact of the 20th century. In both trauma porn and these sentimental retellings of historical racism, the white gaze makes racism a spectacle to be observed from afar, but never truly reckoned with. And unfortunately, for black people, it is everywhere in our popular culture.

[See also: Why learning about the 1921 Tulsa race massacre is not enough] 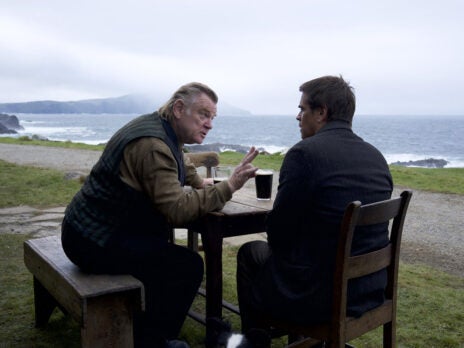 This audience frustration has cast a long shadow over Barry Jenkins’ 10-part epic The Underground Railroad – from its conception in 2016, to its release on Amazon Prime Video last month. The show, adapted from Colson Whitehead’s Pulitzer-winning novel of the same name, follows Cora, a woman fleeing enslavement in Georgia. Jenkins is best known for Moonlight, a painful but joyful story of black queer love, and the announcement that The Underground Railroad would be his next project attracted some backlash. Jenkins recently told the New York Times that, after reading tweets responding to the announcement that asked, “Do we really need more images of black people getting brutalised?”, he considered axing the project altogether. Eventually, the Moonlight director agreed with Amazon executives that he would bring a referendum about the show’s existence to an all-black focus group. Ninety per cent gave the project the green light.

Now that the 10-hour series has finally been released, these existential questions surrounding the show’s necessity and purpose still linger. For me, the series – which charts Cora’s traumatic life on a plantation, her narrow escape to freedom and the subsequent violent racism she’s met with even in “free” states – is, at times, incredibly traumatic to watch. In fact, the first episode contains one of the most disturbing moments I have ever seen on television – which led me to take a break from the show and question whether to revisit it.

The scene shows the public torture and eventual murder of a black man who attempted to escape the plantation – and functions as a warning to Cora, who is plotting her own escape. Jenkins’ portrayal of this man’s murder is uniquely harrowing – the camera lingers, forcing us to witness his long, horrific death in the same way our black protagonist does. At one point, Jenkins switches to a point-of-view shot, showing us what the scene might look like from the dying man’s perspective. That specific choice in cinematography was deeply distressing to experience. But it also points towards where Jenkins attempts to situate the story: in the black oppositional gaze.

[See also: Little Mix, Leigh-Anne Pinnock and the power of the celebrity activist]

Theorists, such as the author bell hooks, have emphasised how racist violence is intertwined with the white gaze: during slavery, black people were commonly punished for looking at plantation owners, and black men could be murdered for looking at white women. Meanwhile, 19th century lynchings were commonly advertised as a public spectacle and photographs of the incidents were circulated on postcards, to be looked at, again and again. In a context where looking is an assertion of racial dominance, Jenkins is conscious that for black people to look, to assert subjectivity, is an act of resistance. As a result, he continues to scatter point-of-view shots throughout the series’ 10 episodes – often in the very moments where Cora, and the show’s other runaway protagonist, Caesar, are subjugated by white people. As the series progresses, the strength of the oppositional gaze only continues to grow, as we get longer and more intimate moments of breaking the fourth wall, and delve deeper into the backstories of the black characters.

Beyond the gaze, there are other qualities that set The Underground Railroad apart from black trauma porn. Unlike Little Marvin’s Them, the trauma of the series is continual, but it is not incessant. In fact, the plot features moments of overwhelming joy, embellished by visual bursts of sunlight and Nicholas Brittel’s rousing score. The magic realism set out in the book also provides us with moments of respite; the real life “Underground Railroad” – which was actually a network of secret routes and safehouses for runaways – takes the form of a literal train in Whitehead and Jenkins’ story. This, alongside other historically inaccurate breaks from reality, usher in welcome moments of child-like escape.

Jenkins’ adaptation also pushes beyond the standard historical drama message of “boy, racism used to be bad!” – leaning towards genuinely political ideas about how it persists today. In episode nine, we witness a debate in a black farming community in Indiana on the benefits of black capitalism vs revolution, a tension that has continued throughout the civil rights era to the conversations we have today. Meanwhile the overarching message of The Underground Railroad – that “abolition” isn’t a conclusive event, and that the violent oppression of black people relentlessly endures – is ultimately more radical than that of many liberal stories set in the present day, and is executed with far more subtlety than, say, Spike Lee’s BlacKkKlansman.

Far from simplistic, the series also actively resists easy binaries of good and evil. While there are obvious heroes and villains, Jenkins also brings us those that occupy an uncanny space in between; for example in episode two, when Cora is educated in a school by white people who consider themselves to be abolitionists, she soon learns that “nice white people” can also be complicit in racist violence.

[See also: George Floyd’s murder one year on: has the US changed?]