If you’re a woman under 50, the name Mildred Hubble probably means something to you. Jill Murphy wrote her first book, The Worst Witch, when she was just 18. First published in 1974, it captivated audiences with its story of a bumbling young girl trying to scrape through her magical education. Perhaps your imagination was first caught by the books, with their descriptions of Miss Cackle’s Academy for Witches, which “stood at the top of a high mountain surrounded by a pine forest” and “looked more like a prison than a school, with its gloomy grey walls and turrets,” and the students themselves “dressed in black gymslips, black stockings, black hobnailed boots, grey shirts and black-and-grey ties”.

Or perhaps it was the Nineties TV show that you really remember, starring Georgina Sherrington as Mildred, practically falling over her incredibly long plaits, and Felicity Jones as a deliciously posh and evil Ethel, Mildred’s long-standing nemesis.

However you fell in love with Mildred, Maud, Miss Cackle and Miss Hardbroom, there’s good news. The Worst Witch returns today on CBBC (4.30pm), with a cast borrowed from Game of Thrones and Downton Abbey, updated special effects, and a more modern take on a magical boarding school. The series will also be available globally on Netflix later this year. 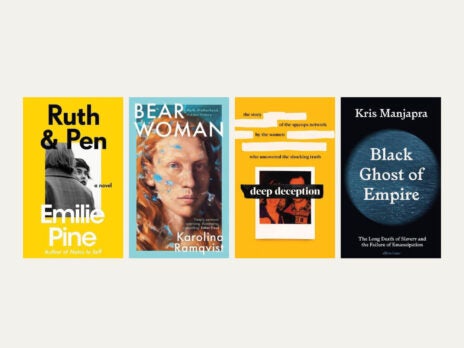 Mildred Hubble is played by 13-year-old Bella Ramsey, a talented actress who frequently stole the show in several recent episodes of Game of Thrones: no easy feat in a programme overrun with known scene-thieves. But unlike Mildred Hubbles of yore, this character is not from a family of witches – she’s just a normal girl from a council estate.

Like Hermione or Harry in Harry Potter, she has no idea magic even exists until she makes her way to school. In fact, here the script seems to borrow directly from Harry Potter: Maud’s question, “Didn’t anything ever happen to you that you couldn’t explain?” is reminiscent of Hagrid’s “Not a wizard, eh? Never made things happen when you was scared or angry?”

There are lines about allergies and preferring “Ms” over “Mistress”, and even references to online magazines for witches. But while there are plenty of superficial updates, this new series doesn’t need to stray too far from the timeless source material. It’s full of brilliant women – students and teachers alike. Just look at these badass bitches:

But The Worst Witch is, essentially, a story aimed at bookish young women that deals with imposter syndrome. Mildred finds herself at a competitive school, in intimidating surroundings, with a demanding and complex set of rules and requirements. Murphy writes, “There were so many rules that you couldn’t do anything without being told off, and there seemed to be tests and exams every week.” She constantly feels like an outsider – she even has the wrong cat. But despite constantly doubting her own ability and even her own identity as a “witch”, she frequently surprises herself (and others) with great achievements.

The new series runs with this theme – Mildred stumbles across the school by chance, and knows nothing at all about witch society. She fumbles over the appropriate way to address people, she gets motion sickness when magically transported (which other students find “pathetic”), she tells herself she cannot do potions or exams.

But when it comes down to it, Mildred’s fears about herself are misplaced. Friends and teachers are able to sense her talent, even as she makes mistakes. This is a show that also shows how constant comparisons with peers can only lead to more insecurity – brainbox Ethel is unreasonably hard on herself for missing the 100 per cent mark.

This is a delightful adaptation with a cast full of personality and an empowering message for CBBC audiences, which tells us you can save the world, even if you trip over your shoelaces while doing it. What could be more faithful to Murphy’s original books?

The Worst Witch, a CBBC production in collaboration with ZDF, ZDF Enterprises and Netflix, airs on CBBC today at 4.30pm.

Now listen to a discussion of The Worst Witch on the NS pop culture podcast, SRSLY: