In 2015, the photographer Lewis Khan was invited to become the resident artist at the Chelsea & Westminster Hospital in London. Khan wanted to create work that would be a voice against the privatisation of the NHS, a subject close to his heart.

As the project went on, this political focus became the context to the project and what emerged was a much more universal study of human strength and fragility. Khan’s practice in the hospital was considered and reflective – he would often shadow members of staff for days and weeks at a time before introducing a camera. ​ 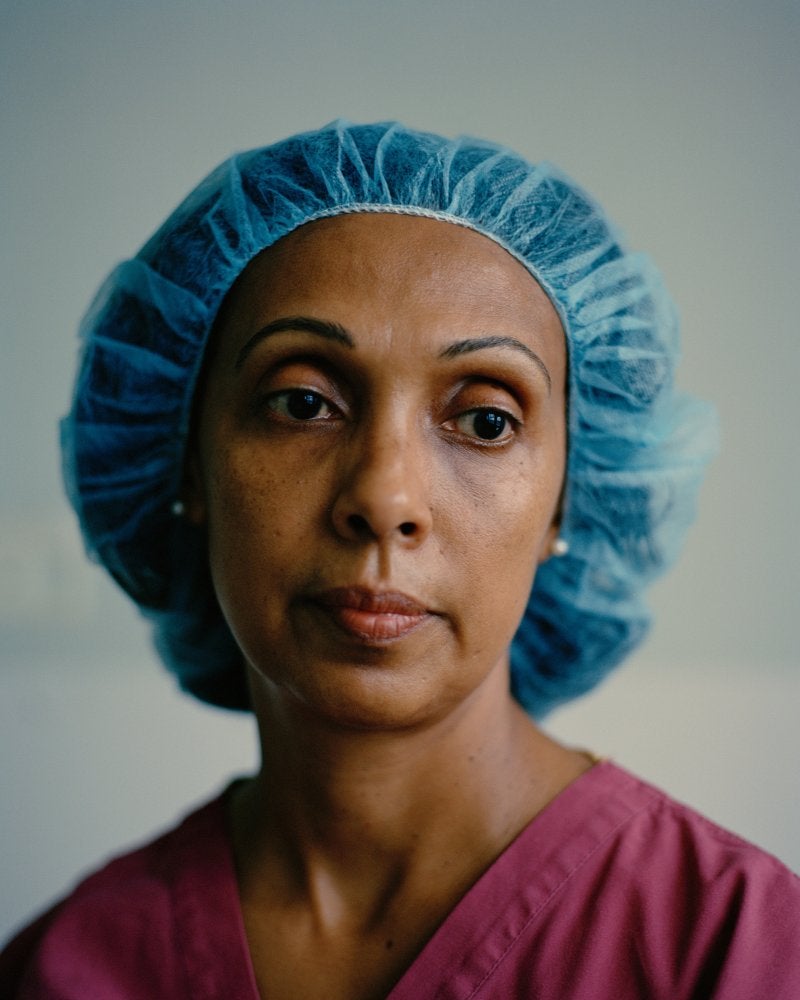 “When I started working in the hospital,” he says, “I felt like I’d seen the often-mediated hospital images before, usually either superficial or sensationalist. I didn’t want to do either of those things. So my challenge was: how do I work in such a heavily mediated place but do something that feels like my own?” 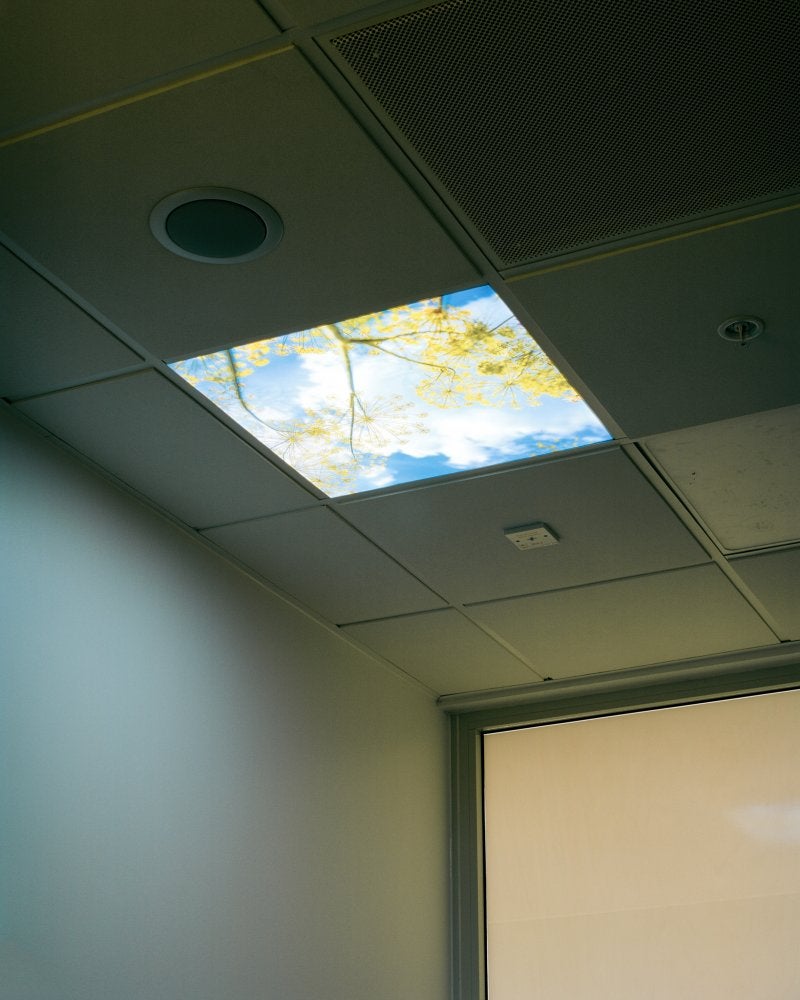 “Taking photos, for me, is a way of being tactile with the world – it’s a way of navigating feeling. I initially set out to create an overtly political body of work. Over time this political focus became context to the project, and what emerged was a much more universal study of human strength and fragility.” 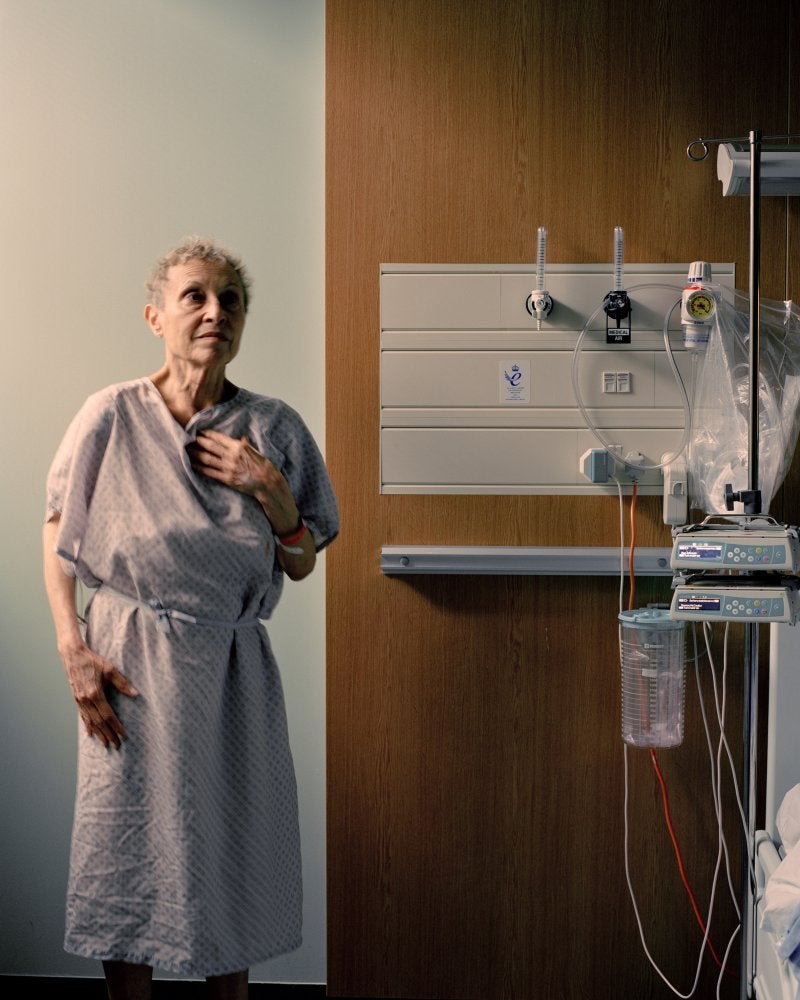 Khan’s book, Theatre, covers new ground with regards to photography and the healthcare environment. His style, as seen in his portrait photography (Khan has photographed a number of subjects for the New Statesman, among others) is revealing and instinctive. The book captures the intimate realities of daily life within the NHS and offers an insight into its front line. From surgeons, scrub nurses and matrons, to the operating table itself, to some of Europe’s leading oncology consultants and their patients, it also looks at the lesser seen aspects of the hospital — cleaners, visitors, staff rooms, bed bays, curtains and the things left behind. 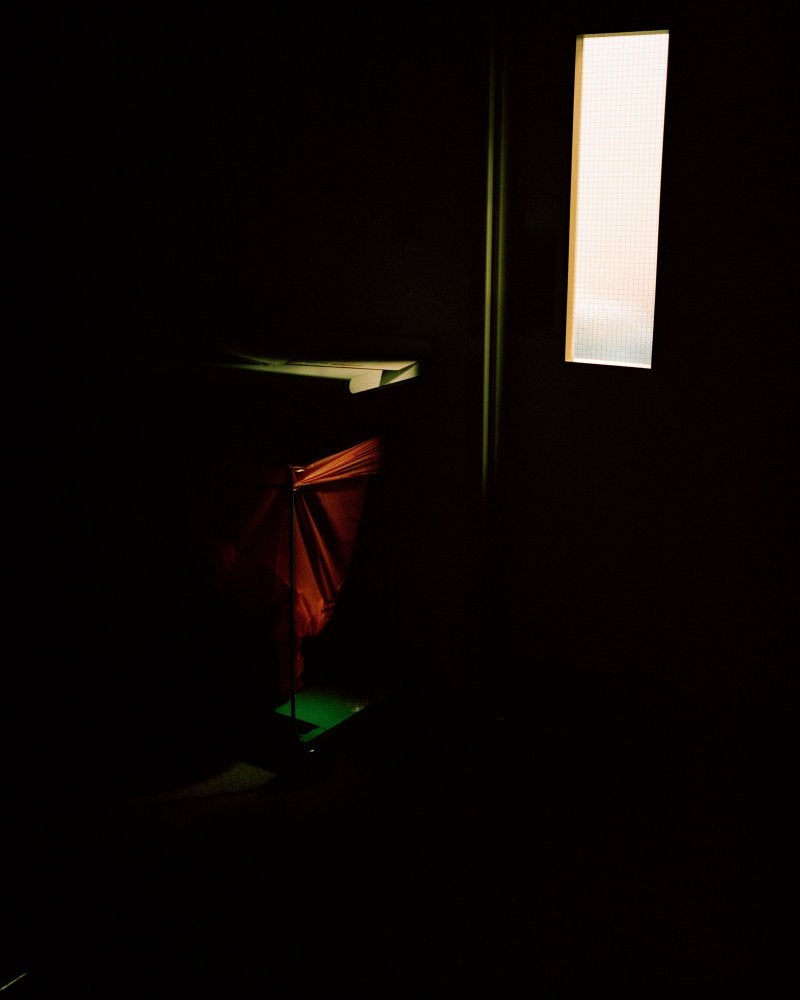 The original plan was to launch the book in May. “I first began discussions with the publishers, Lost Light Recordings, about the book in 2017, and it’s been the plan for around a year now to release the book in May 2020. Covid meant we had to postpone all that. Then we thought why not just launch as we had planned in a slightly adapted way. The project is a timely celebration of the NHS, so we are launching online imminently with 100 per cent of the profits going to them.” 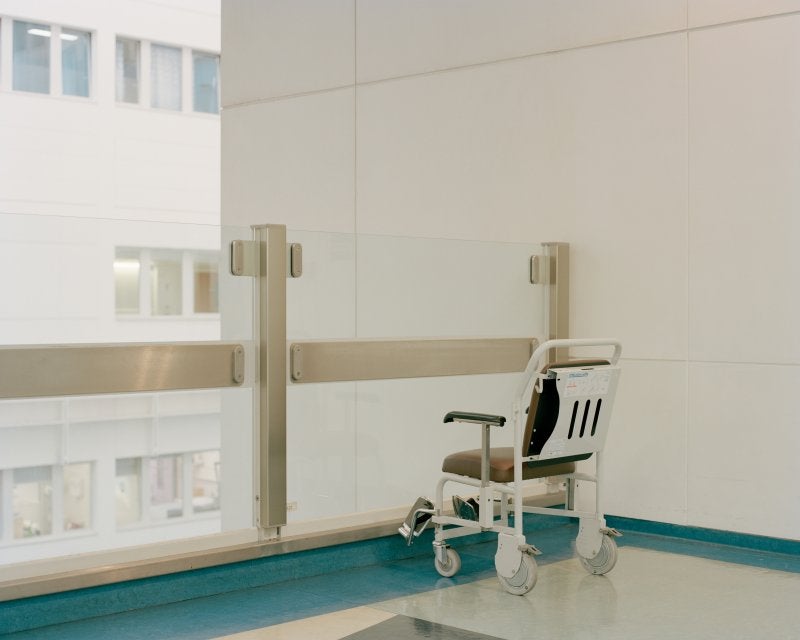 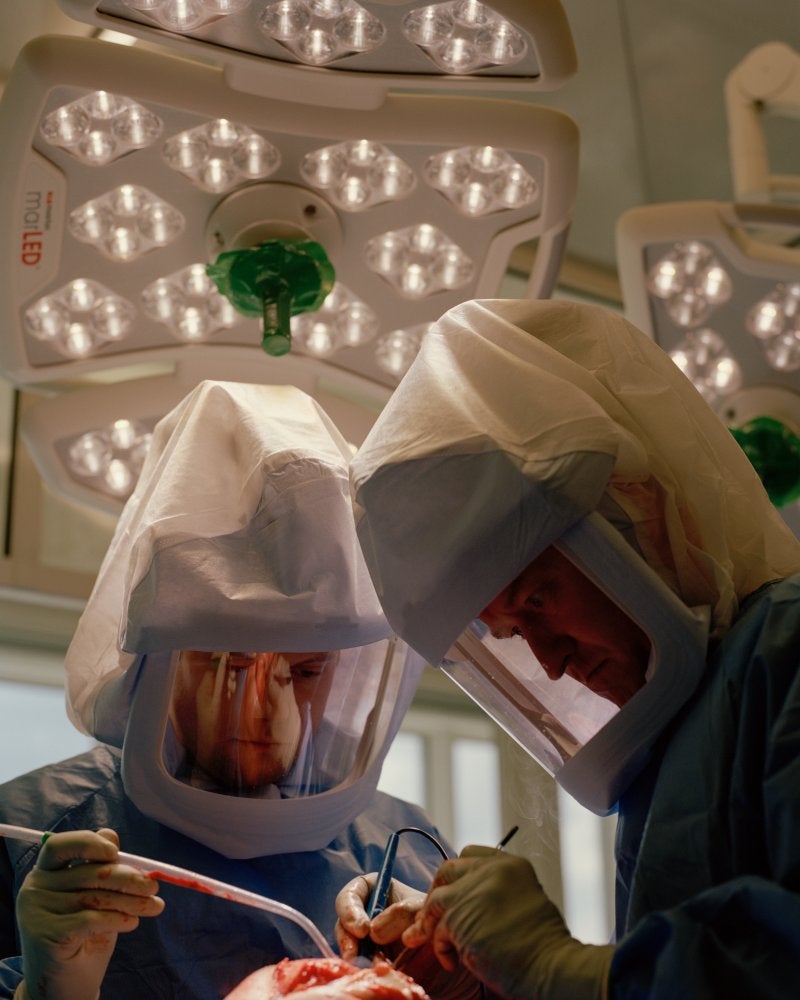 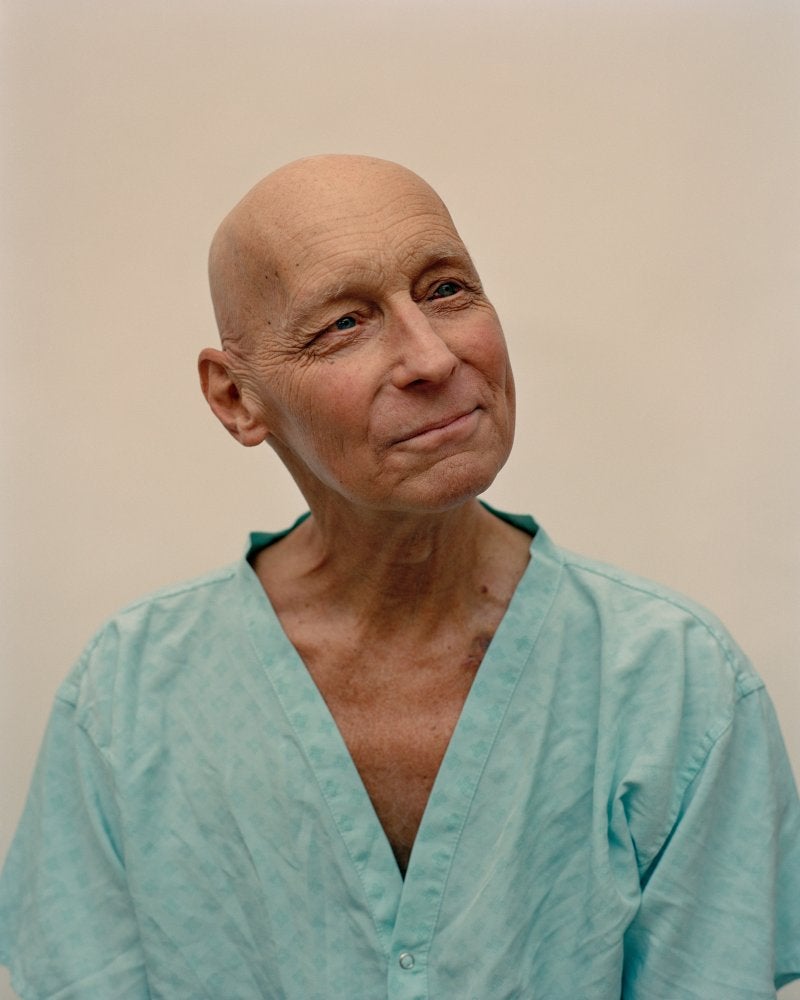 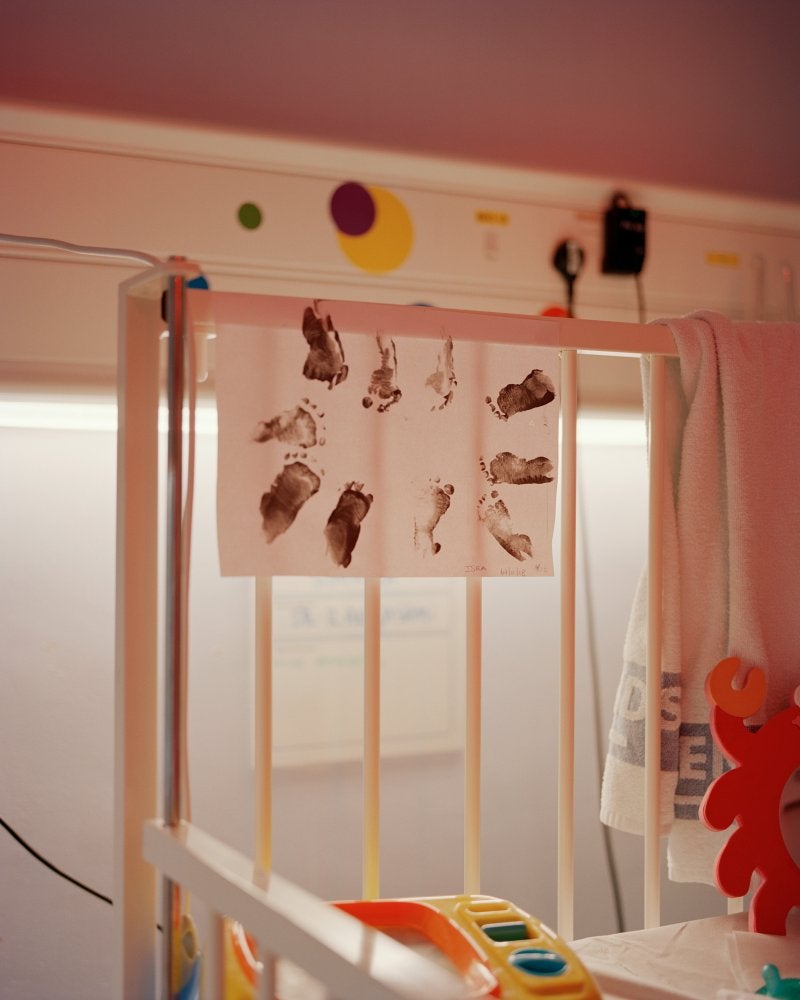 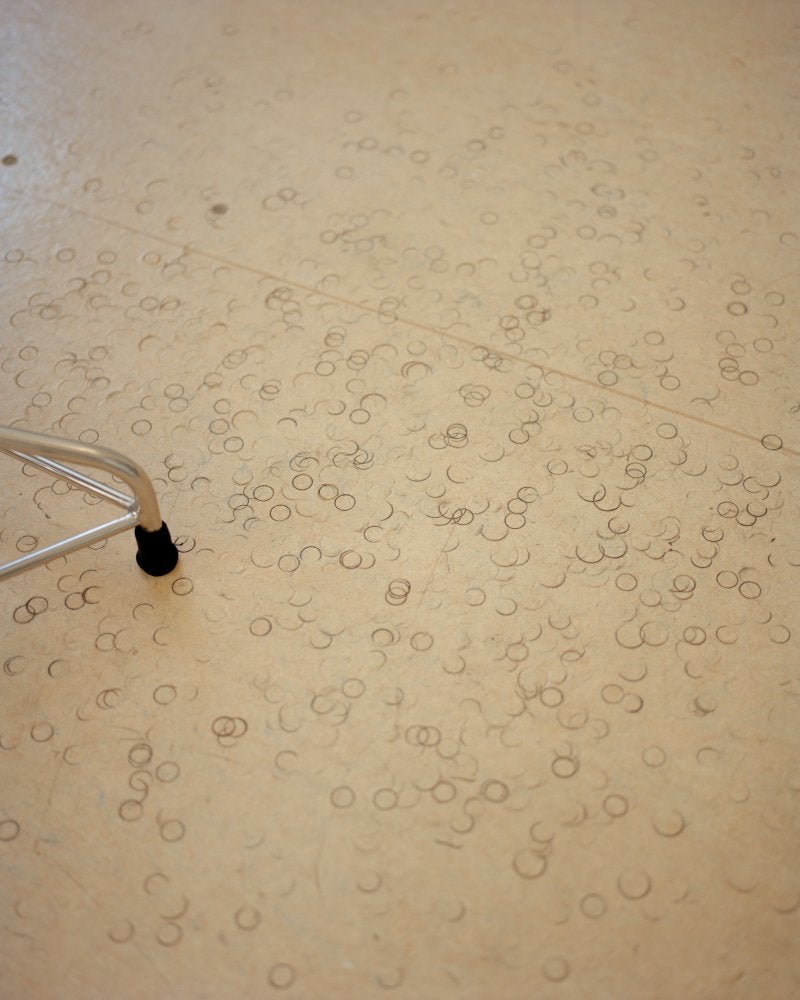 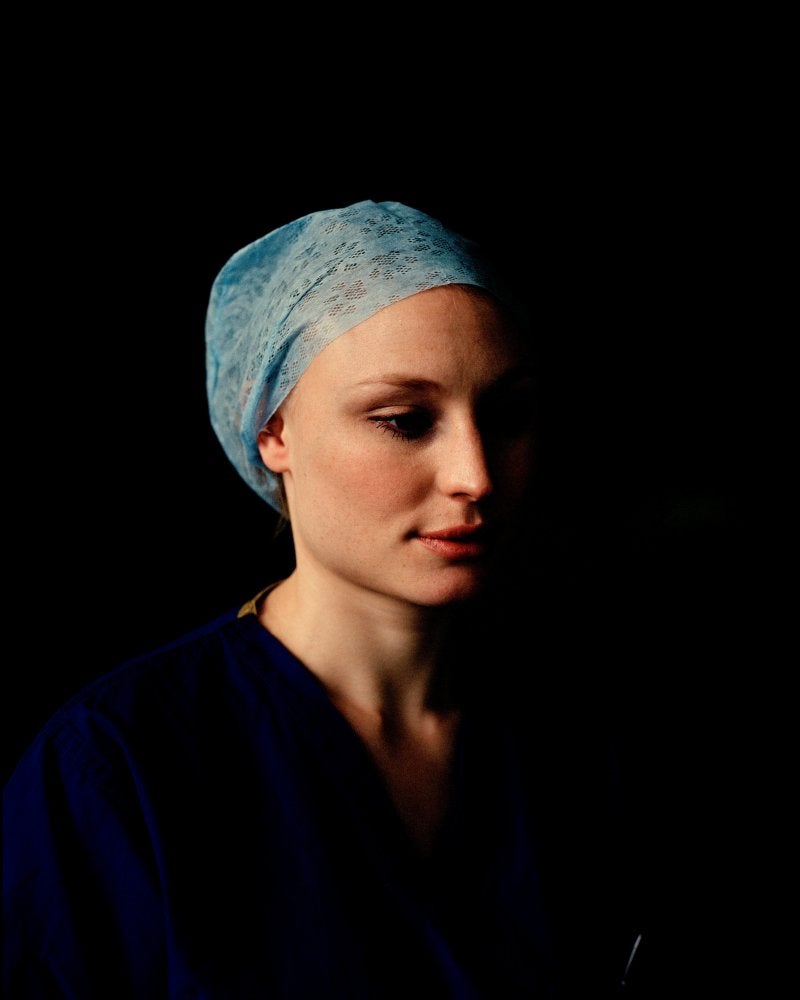 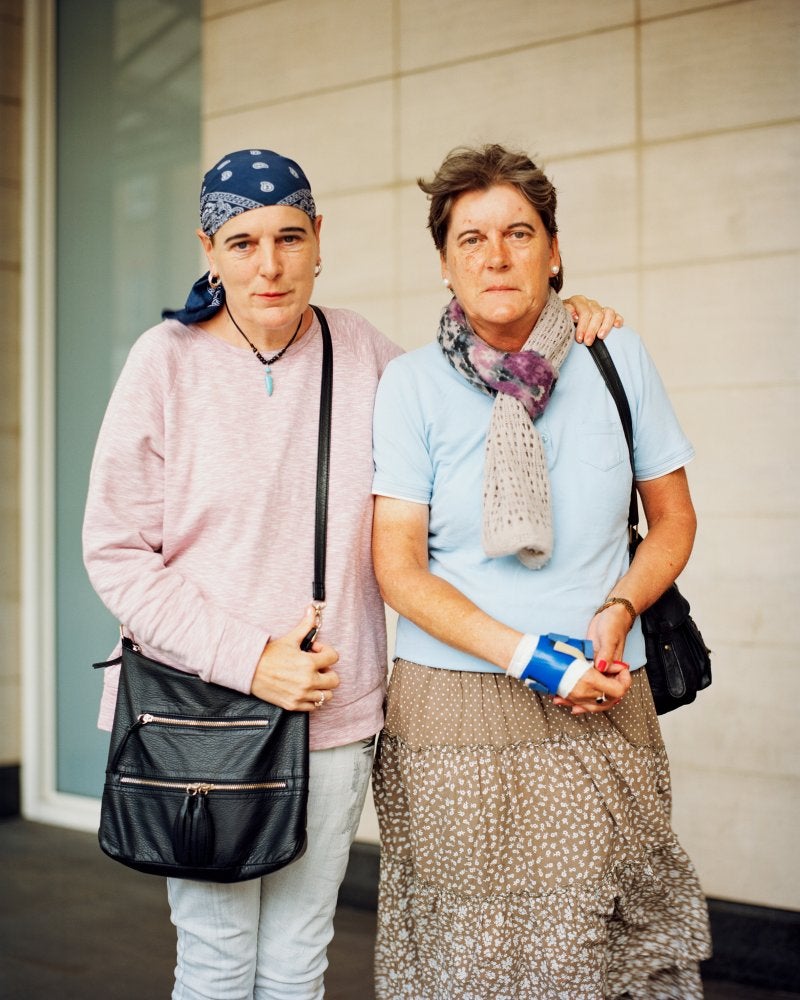 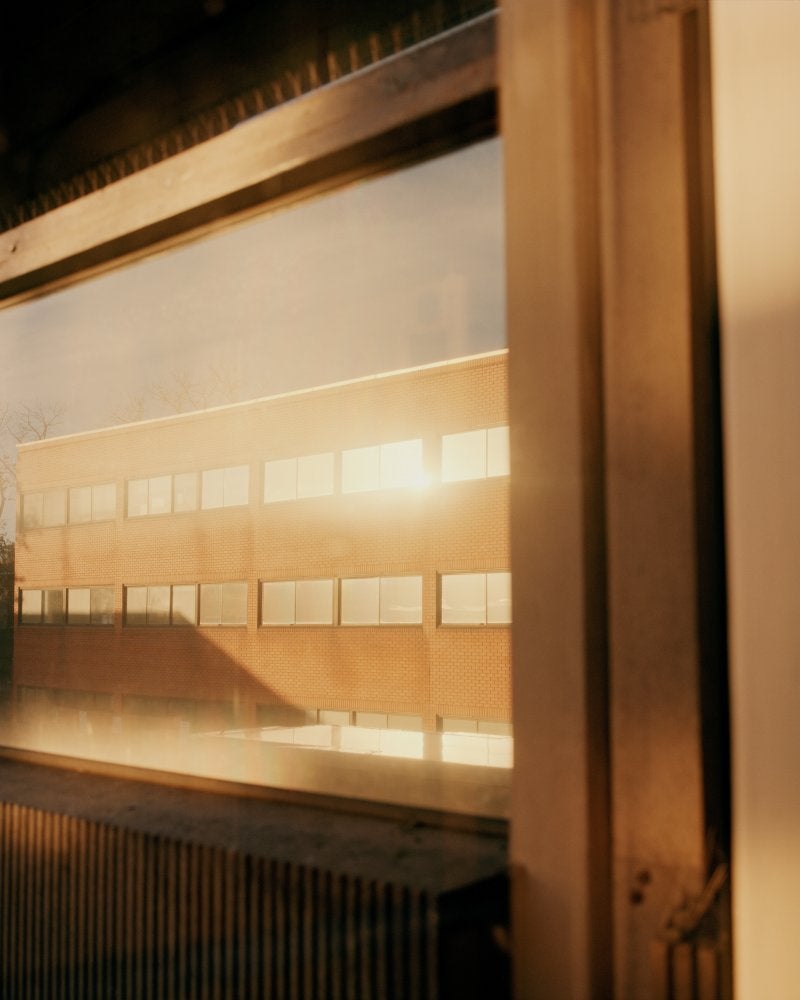 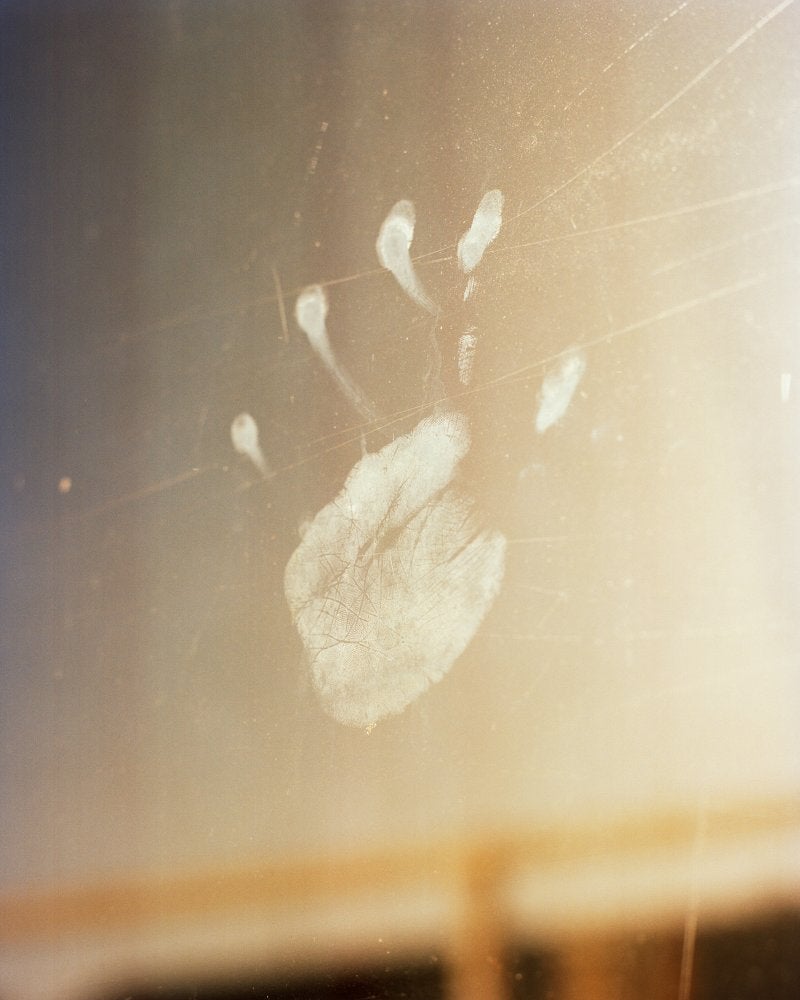 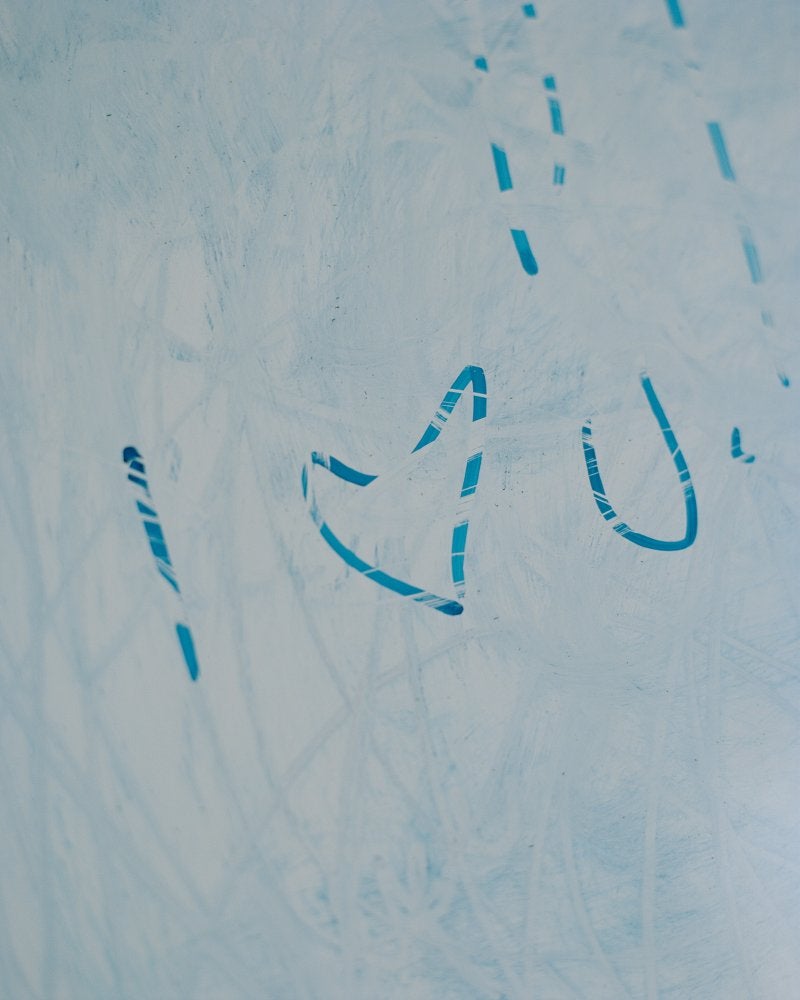 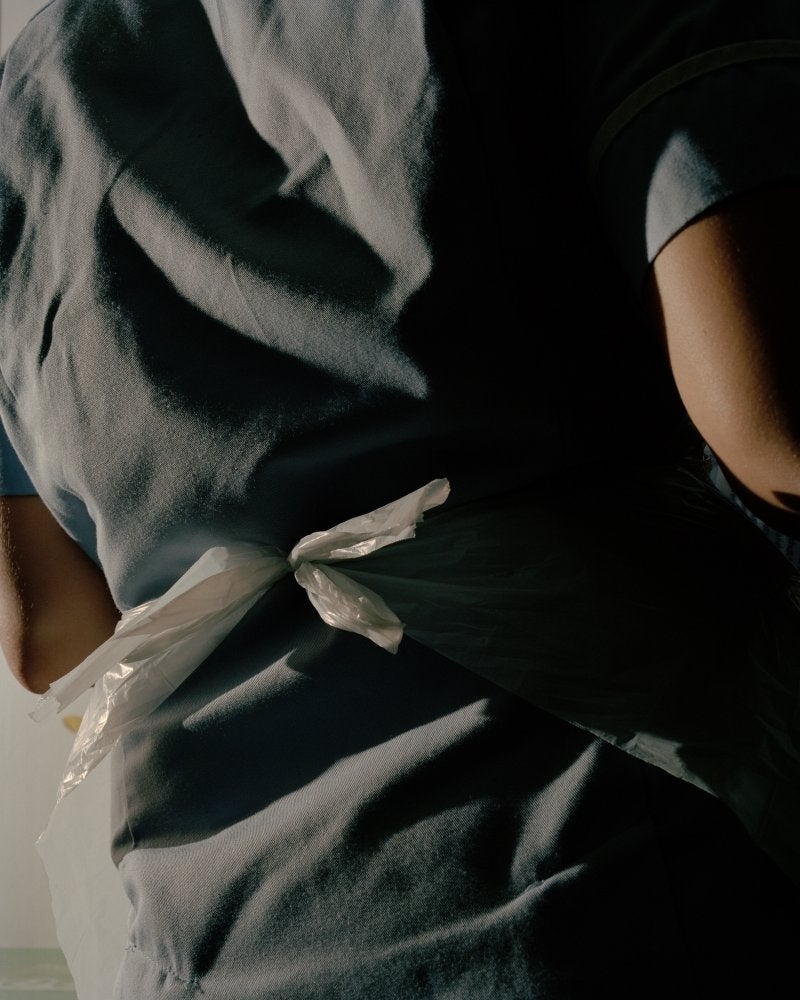 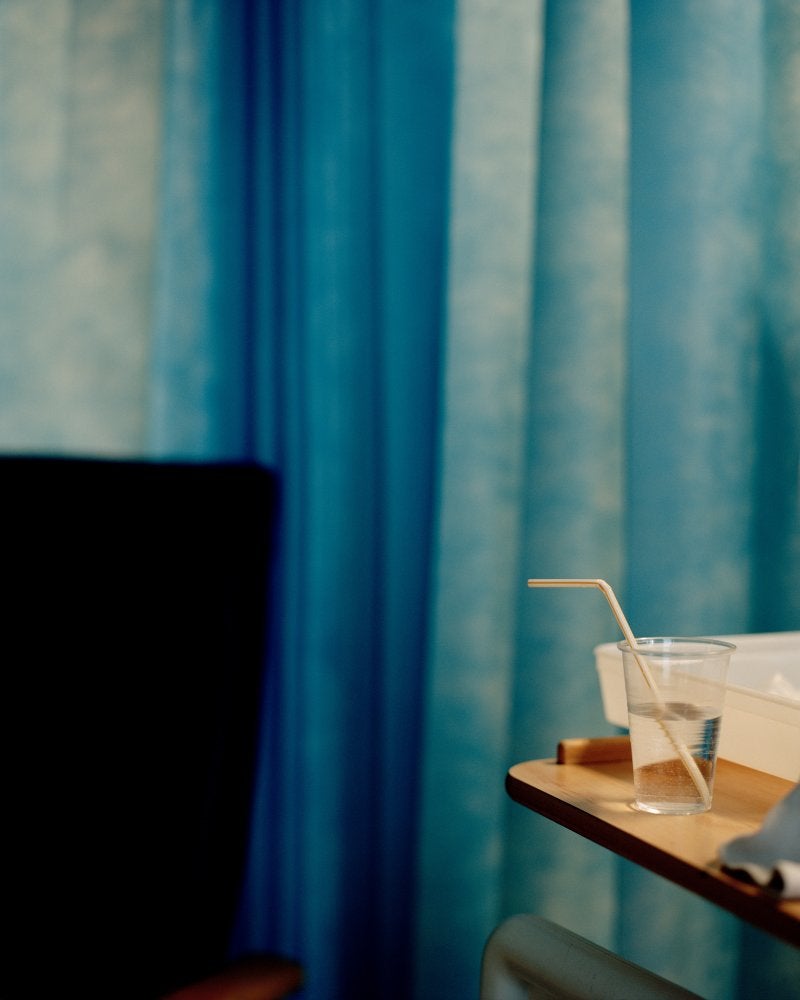 “Theatre”​ is priced at £50 and is available to order at lostlightbooks.com/lost-light-recordings-books/lewis-khan-theatre